2020 Democrats make their final appeals ahead of the Iowa caucuses 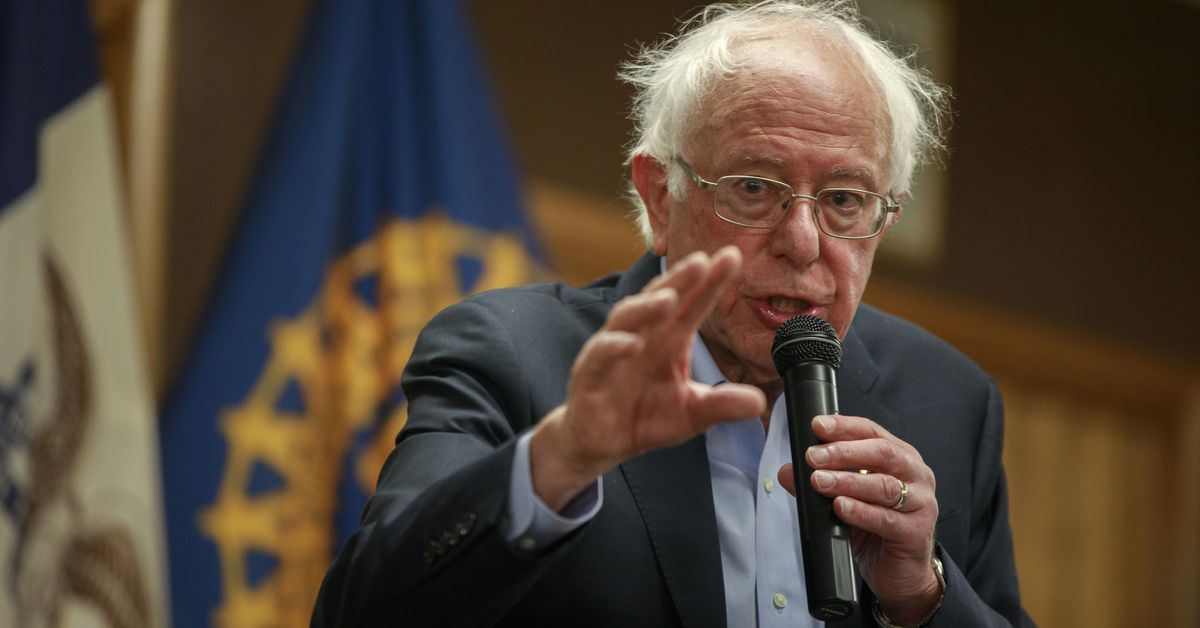 Candidates for the 2020 Democratic presidential nomination made their final pitches to voters this weekend ahead of tomorrow’s first-in-the-nation caucus in Iowa, crossing the state for events and television appearances.

Recent polls show an incredibly tight race in the state on the eve of Monday’s caucuses, making these final events incredibly important opportunities not just to energize their bases, but for candidates to try to win over new supporters in the eleventh hour.

Warren argued she’s the candidate who can unite the party

After completing their duties in President Donald Trump’s Senate impeachment trial for the week on Friday, Warren, Sanders, and Klobuchar arrived in Iowa hoping to make up for the time they spent working as jurors.

In order to maximize her time on the ground, Warren skipped her usual “selfie” lines to zip off to other events, but left her dog Bailey, who has become a campaign favorite, behind for pictures in her stead.

Warren tried to convince voters that she’s not only electable, but the perfect candidate to unite the moderate and progressive wings of the Democratic party.

But doubts remain in the minds of many voters who were stung by Hillary Clinton’s loss in 2016. As Vox’s Ella Nilsen has reported, a common question among primary voters and caucus goers is whether a woman can defeat Trump. And that dynamic is in play in Iowa as well.

“If it wasn’t an electability issue, I would definitely be for Elizabeth Warren,” Jessica Paige, an assistant professor of sociology and African-American studies at the University of Iowa, told the New Yorker this week. “That consideration, you know, makes me feel bad. But the current situation is so bad.”

Whether Warren can overcome such electability questions will go a long way in determining where she will finish in Iowa once the dust clears on Monday’s caucuses.

Sanders is in the lead, and worked to make sure his supporters actually come out and caucus

Pollsters have found that Sanders would be advantaged by a large turnout — especially a large youth turnout, and he spent much of the weekend energizing his supporters.

“If the voter turnout is low, we are going to lose,” Sanders said Saturday. “If people across this state are prepared to come out, not just to defeat Trump but to transform this country. If working people and young people and all people who believe in justice — if they come out in large numbers, we’re going to win this caucus.”

Another big office meet-and-green crowd for @BernieSanders in Iowa City just now, as he continues to encourage his supporters to help him drive turnout. Many of these folks are currently heading out to canvass. pic.twitter.com/x4fXWkVkYs

The passion Sanders hoped to inspire was on display Friday evening, when Rep. Rashida Tlaib (D-MI) — one of his surrogates — booed at a mention of Hillary Clinton at a campaign rally. The booing came in response to criticism the former secretary of state has leveled at Sanders in recent weeks. Tlaib apologized Saturday morning via Twitter, promising to work towards defeating Trump this fall, no matter who the Democratic nominee is.

As Sanders has seen his polling numbers rise of late in Iowa and New Hampshire, his main rival in the polls, Biden, has started to lower expectations for Iowa.

“Nothing happens here on Monday’s gonna end this campaign,” he said, saying he expects a tight race in the state. “I mean, I’d rather have an outright win, don’t get me wrong.”

Noting that both Warren and Sanders have a neighboring state advantage in New Hampshire, Biden put the focus more squarely on South Carolina. He has a five percentage point lead there, according to a Post and Courier poll released Sunday, an advantage built in part on his popularity with that state’s black Democrats.

“I think I have a real firewall in South Carolina,” he said. “I don’t think that this is like it has been in the past, that if you haven’t won the first two, that you’re done.”

Biden got a late boost this weekend when the Amalgamated Transit Union, which represents 200,000 transit workers, endorsed his campaign.

Buttigieg and Klobuchar took to the airwaves

Buttigieg spoke not just at rallies around the state, but on multiple Sunday morning talk shows, making the pitch that he is the Washington outsider that heartland Americans will vote for.

“If you look at the lessons of history over the last half century, every time that we have won, my party has won the White House it has been with a candidate who is new in national politics, who doesn’t work in Washington, or at least hadn’t been there very long, and it was opening the door to a new generation of leadership,” Buttigieg told CNN’s Jake Tapper Sunday.

Similarly, Klobuchar touted her own Midwestern bona fides, and reminded voters of her winning record.

“I have won in the most rural district, including the one bordering Iowa,” Klobuchar said Saturday.

Like Buttigieg, Klobuchar appeared on television, where Fox News’ Chris Wallace questioned her over her lack of support among black voters, as well as her role in prosecuting a black 16-year-old, Myon Burrell. The now 33-year-old received a life prison sentence for the murder of an 11-year-old girl, but has maintained he is innocent. And a recent Associated Press investigation calls into question the evidence that was used to convict him.

“It was a tragic case, it was a big deal within the African American community and our focus was on bringing the people to justice and doing justice for her family,” Klobuchar said.

When Wallace pressed her on the low level of support her campaign is getting from black voters, Klobuchar highlighted her support from black voters in Minnesota and then pivoted to the predominantly white New Hampshire primary next week.

Recent polls have Sanders and Biden in the lead, but they also reveal a very close race — and one in which many Iowans remain loosely committed to a given candidate at best, and undecided at worst.

That same Monmouth poll — taken from January 23-27 — also found 13 percent of respondents saying there was a “high possibility” their preferred candidate would change before caucus night. And 5 percent of likely caucusgoers told the pollsters that with just over a week to go they still had no idea who they wanted to caucus for.

All this uncertainty on the part of Iowans provides an opportunity for the candidates to pick up last minute support, and makes their final pitches very important. For some candidates, like Warren or Buttigieg, winning over new supporters this weekend could be the difference between a top three finish and one that places their candidacies in danger.

How well those last minute efforts paid off will soon be apparent — the caucuses are tomorrow, and we’ll know who won, and who lost, by Tuesday morning.