4 false claims in under 30 words: Kevin McCarthy’s IG report tweet is an exercise in gaslighting 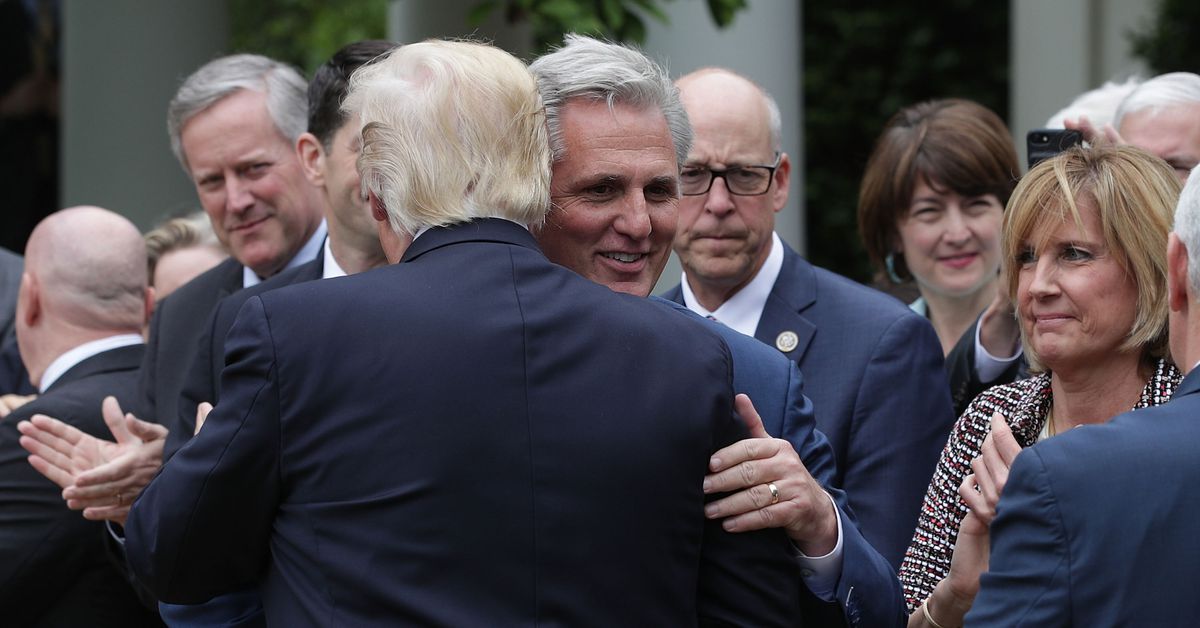 On Sunday afternoon, House Minority Leader Kevin McCarthy packed a string of explosive claims in a short tweet about the recently released Justice Department inspector general report about the Russia investigation. Every one of them is false.

McCarthy’s tweet serves as an especially stark illustration of how President Donald Trump and his allies are trying to mislead the public about Justice Department Inspector General Michael Horowitz’s report in hopes of creating a perception that the FBI had it out for Trump from the very beginning.

There’s just one problem — Horowitz’s report actually says the opposite.

Investigators “did not find documentary or testimonial evidence that political bias or improper motivation influenced the decisions” that led to the investigation, the report says, adding that the agents who opened the “Crossfire Hurricane” investigation had an “authorized purpose” to do so.

McCarthy’s tweet features a video clip of him claiming during a Fox News interview that the Russia investigation was tantamount to “a modern-day coup.” In text accompanying the clip, McCarthy wrote that “the FBI broke into President Trump’s campaign, spied on him, then tried to cover it up. … This is a modern-day Watergate.”

But we’ve known for two years now that the Russia investigation began after then-Trump campaign foreign policy adviser George Papadopoulos bragged to an Australian diplomat about having inside knowledge that Russia was in possession of Clinton’s hacked emails — a claim the diplomat brought to the attention of the FBI in the summer of 2016 when the Democratic National Committee’s hacked emails were published by WikiLeaks.

The inspector general concluded that was sufficient basis for the FBI to open a counterintelligence investigation into the Trump campaign’s dealings with Russia. McCarthy’s tweet represents an especially brazen MAGA-world attempt to rewrite history.

McCarthy’s claim that that FBI “broke into” the Trump campaign appears to refer to a conspiracy theory that has gained steam in Trumpworld about Joseph Mifsud, a Maltese professor who Papadopoulos says approached him, claimed to be working for the Russian government, and offered the Trump campaign “dirt” on Clinton.

Trump defenders have claimed that Mifsud was actually working on behalf of Western intelligence agencies, and in that capacity set up the Trump campaign. But as my colleague Jen Kirby detailed earlier this month, the inspector general found no evidence to support this conspiracy theory:

Even the prosecutor personally selected by Attorney General Bill Barr to review the Russia probe couldn’t find evidence to back up right-wing conspiracy theories about the origins of the investigation.

The Washington Post reported Wednesday that Connecticut US Attorney John Durham, whom Barr tapped in May to examine the origins of the Russia inquiry, said he doesn’t have evidence to back up the allegation that the FBI planted an informant to “spy” on the Trump campaign.

He reportedly told that to Inspector General Michael Horowitz, Justice Department’s independent watchdog, who is carrying out a separate investigation from Durham.

The actual report makes clear that FBI files “contain no evidence that Mifsud has ever acted as an FBI [confidential human source], and none of the witnesses we interviewed or documents we reviewed had any information to support such an allegation.”

“All of the witnesses we interviewed told the OIG that the FBI did not try to recruit members of the Trump campaign as [Confidential Human Sources], did not send CHSs to collect information in Trump campaign headquarters or Trump campaign spaces, and did not ask CHSs to join the Trump campaign or otherwise attend campaign related events as part of the investigation,” the report adds.

In short, there’s no evidence supporting McCarthy’s claim about the FBI infiltrating the Trump campaign. Even Durham, whose sole investigatory purpose seems to be to bolster Trump’s conspiracy theories, hasn’t been able to find any. But the House’s top-ranking Republican isn’t about to let facts get in the way of his narrative.

McCarthy’s claim about how the FBI allegedly “spied on” the Trump campaign echoes a talking point that Trump himself has repeatedly used in recent years.

Looking more & more like the Trump Campaign for President was illegally being spied upon (surveillance) for the political gain of Crooked Hillary Clinton and the DNC. Ask her how that worked out – she did better with Crazy Bernie. Republicans must get tough now. An illegal Scam!

It sounds nefarious, but the report makes clear there’s no evidence to back it up. While the report does detail “significant inaccuracies and omissions” in the FISA warrant application the FBI used to surveil onetime Trump campaign foreign policy adviser Carter Page, he was no longer associated with the campaign at the time the surveillance began, and Horowitz makes clear there’s no indication political motivations were afoot.

As Kirby explained in a post about the report’s key findings:

Horowitz concludes that the “FBI had an authorized purpose when it opened Crossfire Hurricane to obtain information about, or protect against, a national security threat or federal crime.”

The report acknowledges that the bar isn’t incredibly high to launch an investigation, but that the requirements were met. In multiple instances, Horowitz said he failed “to find documentary or testimonial evidence that political bias or improper motivation” directed decisions when it came to opening the investigation or authorizing investigations into individuals associated with the campaign or in the wiretapping former Trump campaign aide Carter Page.

The report also discredits the theory that the FBI used informants or undercover sources to “spy” on the Trump campaign prior to opening the investigation, and finds that the FBI did not rely on the Steele dossier — to open the investigation (though Horowitz did criticize the FBI’s decision-making when it came to its relationship Steele and how it presented his information).

McCarthy, however, has spent weeks pushing a talking point at odds with the inspector general’s findings.

In continuing to push the “spying” narrative even after the inspector general demolished it, McCarthy is taking cues from Attorney General Bill Barr, who claimed in a recent interview with NBC that “the greatest danger to our free system is that the incumbent government used the apparatus of the state, principally the law enforcement agencies and the intelligence agencies, both to spy on political opponents, but also to use them in a way that could affect the outcome of the election.”

But Horowitz’s report makes clear that the Obama administration did no such thing.

“The Crossfire Hurricane team told us that the proposal for FISA coverage targeting Carter Page originated from the team, not an instruction from management,” with “management” alluding to Obama administration officials.

Put succinctly, the inspector general report’s core conclusions are directly at odds with the four assertions in McCarthy’s tweet. There was no break-in. There was no “spying.” While the report does detail “serious performance failures” by low-level FBI officials, there was no cover-up, because there was nothing to cover up.

But Trump, Barr, and McCarthy don’t like the set of facts emerging from the inspector general’s report, so they’re worked hard to mislead people about it. Trump, for instance, initially responded to the report by claiming it showed “an overthrow of government, this was an attempted overthrow — and a lot of people were in on it.” That ignores not only the reality that the investigation began when he was still a private citizen, but also Horowitz’s finding that political bias played no role in the investigation’s origins.

Trump even lashed out at his own FBI director, Christopher Wray, after an interview with ABC in which Wray accurately described the inspector general’s core findings — that he “did not find political bias or improper motivations impacting the opening of the investigation [into the Trump campaign], or the decision to use certain investigative tools during the investigation.”

Trump responded to those comments with a tweet that fueled speculation about Wray’s job security:

I don’t know what report current Director of the FBI Christopher Wray was reading, but it sure wasn’t the one given to me. With that kind of attitude, he will never be able to fix the FBI, which is badly broken despite having some of the greatest men & women working there!

McCarthy has repeatedly demonstrated a willingness to push brazen lies on Trump’s behalf. For instance, after an October 3 media availability in which Trump earnestly and unambiguously called for the Chinese and Ukrainian governments to investigate Joe Biden, McCarthy went on Fox News and flatly denied the president said what he was on tape saying.

“You watch what the president said — he’s not saying China should investigate,” McCarthy claimed.

But McCarthy’s tweet about the report stands out by the sheer volume of false claims he manages to pack into a tweet under 30 words in length: Every single factual assertion in it is false. The president’s defenders are getting to a point where it’s news when they say something true, instead of the other way around.