50 years after Stonewall, the NYPD finally apologizes to the LGBTQ community 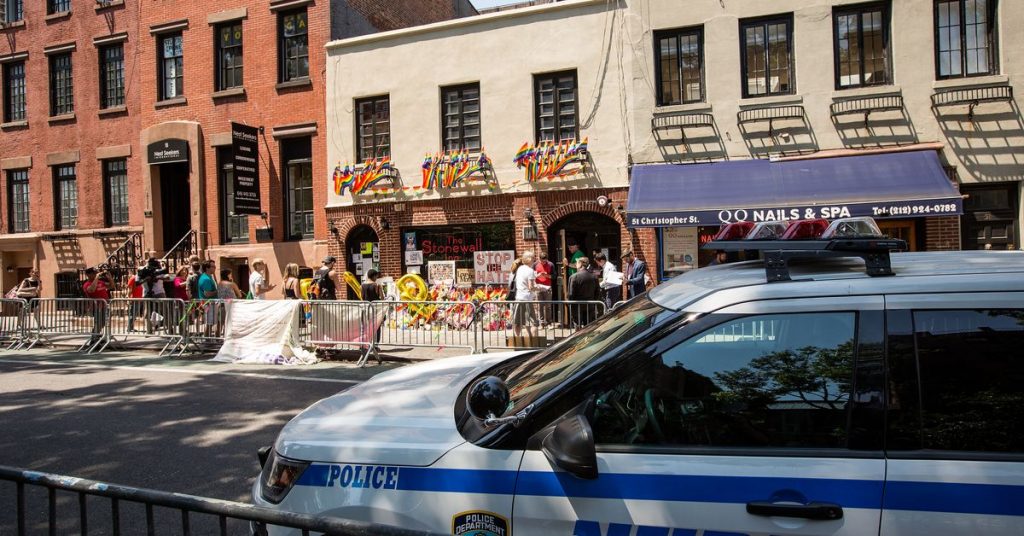 Fifty years after the New York Police Department raided the Stonewall Inn, leading to the birth of the modern LGBTQ rights movement, the commissioner of the NYPD has apologized.

“I do know what happened should not have happened,” James O’Neill, New York’s police commissioner, said in a public statement. “The actions taken by the NYPD were wrong — plain and simple. The actions and the laws were discriminatory and oppressive, and for that, I apologize.”

The commissioner’s remarks were vague about what, exactly, happened at the Stonewall Inn, a gay- and trans-friendly bar, in 1969, when patrons fought back after decades of harassment and mistreatment by police. The riots that began in response lasted four days, leading to dozens of arrests, injuries on both sides, and, one year later, the first Pride March.

O’Neill’s decision to apologize is significant because it marks a departure from years of NYPD commissioners, including O’Neill in 2017, insisting that the past was the past and no apology was necessary.

Before O’Neill’s statement Thursday, the executive committee of Heritage of Pride, which organizes the NYC Pride events, called on the NYPD to apologize, as did New York City Council Speaker Corey Johnson.

“I think the NYPD apologizing in this would be a very, very good thing,” Johnson, who is gay, said, according to the New York news radio station 1010 WINS, “because I think it would be a step toward further healing and reconciliation.”

When the question of an apology came up in the past, a previous top NYPD official had even implied that the LGBTQ community should be thankful Stonewall happened. “We should all celebrate that out of that terrible experience that a lot of good came,” Bill Bratton, the previous NYPD commissioner, said in 2016 when asked at a press conference if he would apologize to the LGBTQ community for the events at Stonewall.

“An apology — I don’t think so. I don’t think that’s necessary,” Bratton continued, adding that instead of an apology, people should look to how far the NYPD has come since the 1970s.

Significant tensions around police brutality and profiling, particularly of trans women of color, still remain, as Vox’s German Lopez reported in 2017. But it’s also true that police now routinely participate in Pride events, not just in New York but around the country. As Lopez wrote:

These days, police, particularly in major cities, make concerted efforts to reach out to LGBTQ people. That’s one reason they participate in Pride. But they also do all sorts of other things, such as hire LGBTQ liaisons to work closely with local LGBTQ communities. And notably, they’re now charged with enforcing hate crime laws that include at least some of the LGBTQ community in most states — an effective reversal of roles, from oppressing LGBTQ communities to protecting them.