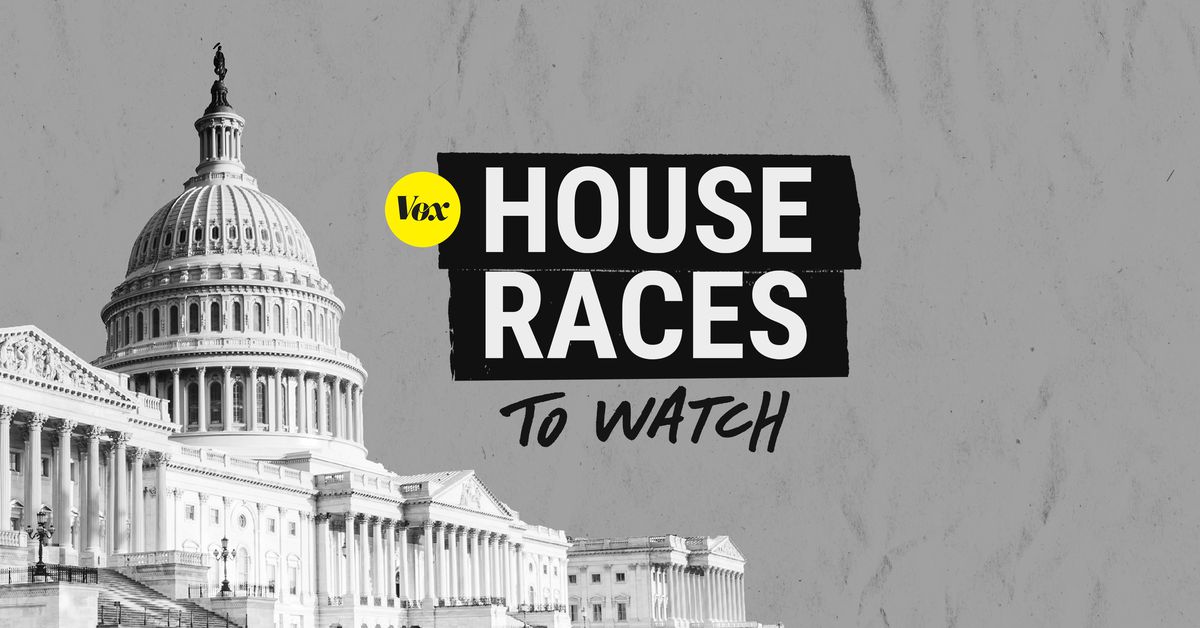 While the Democratic presidential race might be front of mind this Tuesday, March 3, there are also plenty of primaries for congressional seats happening on Super Tuesday — ones that could have an impact in November as Republicans attempt to wrest the House speaker’s gavel back from Nancy Pelosi.

Voters in 14 states and one territory will head to the polls (or caucuses, if you live in American Samoa) on Tuesday. And though not all of them will hold primaries for down-ballot races, some — like California and Texas — are home to a handful of especially contentious races for seats in the US House of Representatives. Those include a “jungle primary” in California’s 25th District to replace former Rep. Katie Hill — who resigned last year after allegations of having a relationship with a staffer and being attacked with revenge porn — to a progressive challenge in Texas’s 28th to one of the most conservative Democrats currently in the House.

These seven races — three in California and four in Texas — could all have major implications one way or another when a new Congress is sworn in come January 2021. Some reflect intra-party struggles over ideology while others could be decisive in the fight to control the House.

Vox will be covering the results of these seven key House races live on Tuesday night, in partnership with Decision Desk.

Polls close in California at 8 pm Pacific, 11 pm Eastern, but thanks to various quirks in the state’s voting procedures, it could be many days before a race gets called. Vox is focusing on California’s 16th, 25th and 50th congressional districts; find live results for the rest of California’s contests here.

Eight-term incumbent and Blue Dog Democrat Jim Costa is facing a formidable challenge from the left this cycle.

Costa represents California’s 16th District, which includes Fresno and part of the state’s heavily agricultural Central Valley. He’s known for being one of the more conservative members of the House, particularly on environmental issues. In the past, he’s been called out by liberals for the donations he’s taken from corporate agricultural interests and oil companies as well as a state bill he authored, which severely limited rent control in California.

Fresno City Councilmember Esmeralda Soria, former foreign service member Kim Williams, and Republican Kevin Cookingham are all running for Costa’s seat. Both Soria and Williams have highlighted themselves as more progressive alternatives to Costa. And Soria, who’s also the member of a statewide task force on addressing homelessness, has picked up support from local organizers and activists including SEIU California.

Because of the top-two primary system in California, the top-two finishers will advance to the general election taking place in November, regardless of party affiliation.

California’s 25th: A primary and a special election for Katie Hill’s old seat

A staggering 13 candidates are running in a primary for the seat, which is currently rated as “Likely Democratic” by Cook Political Report.

Again, because of the top-two primary system in California, the top-two finishers will advance to the general election taking place in November, regardless of party affiliation.

In addition to the primary, however, the district is also holding a special election for someone to replace Hill and serve out her existing term through this year.

Ten candidates will participate in both races — and one will have to secure a majority of the vote to win the special election. Otherwise, the top two candidates will head to a run-off set to take place on May 12.

The individuals vying for the seat in the primary and special election run the gamut of familiar names across both parties. The Democrats include Young Turks cofounder Cenk Uygur and state assemblymember Christy Smith, while the Republicans include former district Rep. Steve Knight (whom Hill unseated in 2018), former fighter pilot Mike Garcia, and former Trump campaign adviser George Papadopoulos.

California’s 50th District primary: Members of both parties — including former Rep. Darrell Issa — are duking it out for Duncan Hunter’s district

A longtime Republican district, it’s poised to stay that way, though candidates from both sides of the aisle will be competing in the primary.

Ten candidates will face off on Super Tuesday in an attempt to qualify for the general election ballot. Democrat Ammar Campa-Najjar is trying once more to flip the seat, and he’s joined this time by businesswoman Marisa Calderon. Notable Republicans competing for the seat include former Rep. Darrell Issa and former San Diego City Councilmember Carl Demaio.

Texas’s 12th District primary: A GOP incumbent under fire from the right

Update: Decision Desk is projecting incumbent Rep. Kay Granger as the winner of the Republican primary.

Rep. Kay Granger, who represents Fort Worth and is the most senior Republican woman in the House, is facing a primary challenge from a former local city council member, Chris Putnam, who is flush with campaign cash and has accused her of not being loyal to Trump. She is the top Republican on the House Appropriations Committee, a coveted position usually reserved for members with a long career in Congress.

There are only 13 Republican women in the House right now, and several are set to retire rather than run for re-election. If Granger is defeated Tuesday, that number could fall even further.

Texas’s 22nd District primary: A Bush scion is vying for the Republican nomination in a swing-district race for an open seat

Update: Decision Desk is projecting that Troy Nehls and Kathaleen Wall will head to a runoff.

There is also a 15-way Republican primary for retiring Rep. Pete Olson’s seat representing Sugar Land — one that Democrats hope to win in the general election. Notably, Pierce Bush, the grandson of former President George H.W. Bush, is one of the contenders.

In 2018, Olson won the district by just five points against his Democratic challenger, Sri Preston Kulkarni. Kulkarni is running for the seat again, and Olson has endorsed Bush as his potential successor.

Update: Decision Desk is projecting that Cuellar will fend off his primary challenge to be the Democratic nominee.

Cisneros once interned for Cuellar in Congress, but now she’s running against him with the support of the Justice Democrats — the same group that helped propel Rep. Alexandria Ocasio-Cortez to victory in her 2018 primary campaign against incumbent Democrat Joe Crowley, who had held his seat for two decades.

Cisneros’s candidacy has attracted national attention and endorsements from Sanders and Warren as well as Ocasio-Cortez. Cisneros has embraced progressive policies, including Medicare-for-all and the Green New Deal, despite her rival’s claims that his district is fundamentally moderate.

Update: Decision Desk has projected that Genevieve Collins will face Allred in November.

Republicans are hoping to take back a seat in Dallas now occupied by Rep. Colin Allred, a former NFL player and a Democrat who flipped the district blue after narrowly beating the incumbent, Pete Sessions, in 2018. He’s among 42 members of Congress who are in the Democratic Congressional Campaign Committee’s program to protect incumbents facing tough reelection campaigns, and while many of them have avoided talking about the Democratic primary, Allred has been actively campaigning on behalf of Biden.

The top two Republican contenders in that race are Genevieve Collins, who is running on a pro-business platform and snagged the Dallas Morning News’ endorsement, and Floyd McLendon Jr., a former Navy SEAL who is running on a border-security platform.