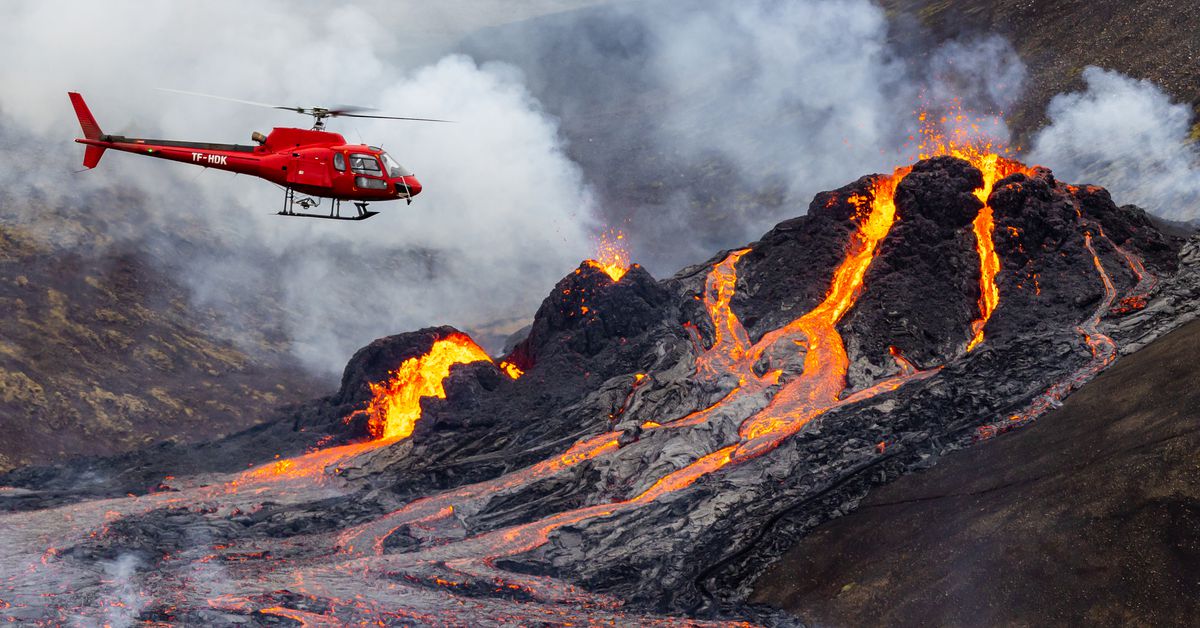 After months of earthquakes, a long-dormant volcano in the southwest of Iceland erupted on Friday night, leading to dramatic videos and splendid red skies near the country’s capital city.

According to the Icelandic Meteorological Office, the eruption near Mount Fagradalsfjall, about 20 miles southwest of Reykjavik, took place at 8:45 pm. Though considered small, the eruption created a fissure about 1,640 feet long, and spewed more than 10 million square feet of lava, sometimes in fountains reaching heights of more than 300 feet.

It was the first volcanic eruption in this part of Iceland — the Reykjanes Peninsula, home to Reykjavik, where most of the country’s residents live — in 781 years. And it was the first time this particular volcano had gone off in about 6,000 years.

The eruption, in the Geldinga Valley, was remote enough that evacuations were not necessary, and no structures were endangered.

“As of now it is not considered a threat to surrounding towns,” said Iceland’s prime minister, Katrín Jakobsdóttir, on Twitter on Friday night. “We ask people to keep away from the immediate area and stay safe.”

A volcanic eruption has begun in Fagradalsfjall on the Reykjanes peninsula. We are monitoring the situation closely and as of now it is not considered a threat to surrounding towns. We ask people to keep away from the immediate area and stay safe. https://t.co/iIACfCc31E

Experts warned residents to beware emissions of dangerous gases, including carbon dioxide and sulfur dioxide, and there were some resulting traffic jams. Drones were temporarily prohibited from flying over the area, to allow scientists first access, but flights in and out of the international Keflavik Airport have not been affected.

The head of emergency management