A Rush of News: Behind The New York Times’s Live Coverage

Times Insider explains who we are and what we do, and delivers behind-the-scenes insights into how our journalism comes together.

When the Taliban’s takeover of Afghanistan began accelerating with stunning speed, The New York Times quickly shifted into live coverage mode: Reporters and editors posted developments as they happened on the collapse of Kandahar, the disintegration of the Afghan military, the global response to the U.S. government’s actions and more, all packaged together.

The live coverage format, which allows journalists to share the news as they learn it, has become a familiar one at The Times for reporting big events. So far this year, the newsroom has published more than 800 live stories, each consisting of a series of dispatches and updates that together can amount to thousands of words. On a typical day, The Times publishes four live packages — on the coronavirus, politics, business news and extreme weather — but there have been days with as many as eight.

In the middle of it all is the Live team, a unit of about a dozen reporters and editors that was formed at the beginning of the year to collaborate with desks across the newsroom in creating and executing breaking news coverage.

The Times has outgrown its role as a New York-centric print newspaper, Marc Lacey, an assistant managing editor who leads the Live team, said. It is now a global digital news organization that also produces podcasts, videos and newsletters along with a newspaper — the investment in the Live team is just the latest step in its continuous evolution, he added. 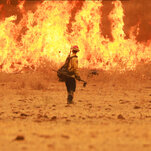