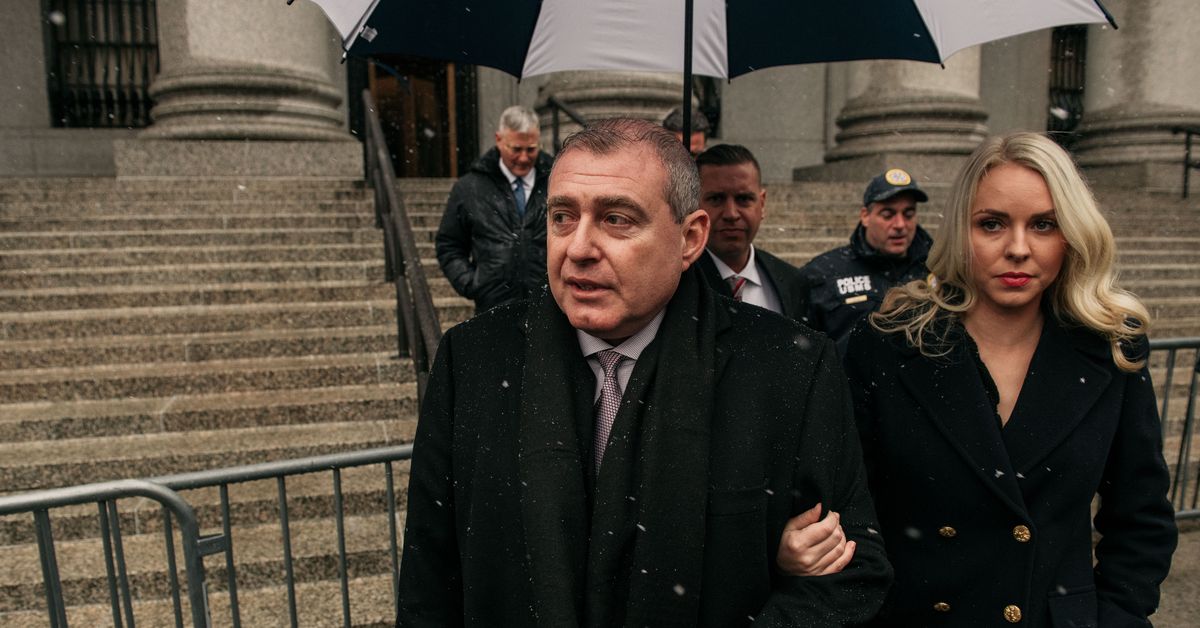 When Rudy Giuliani’s fixer Lev Parnas publicly claimed last week that President Donald Trump knew everything he was doing with regards to Ukraine, he was greeted with some skepticism. And Trump has repeatedly denied even knowing who Parnas is.

But ABC News has posted a recording that seems to back up one of Parnas’s claims — that, at a 2018 donor dinner, Parnas urged Trump to fire Ambassador Marie Yovanovitch, and Trump agreed.

After initially reporting on the recording earlier Friday, ABC News obtained the audio and posted some of it Friday night. Parnas can be heard disparaging Yovanovitch on it.

Then President Trump’s voice can be heard on the recording saying: “Get rid of her! … Get her out tomorrow. Take her out. Okay? Do it.”

This is just what Parnas claimed happened in his interview with MSNBC’s Rachel Maddow last week. “He fired her actually at the dinner, which was the most surprising thing ever.” Parnas continued:

I do remember me telling the president the ambassador was badmouthing him and saying he was going to get impeached, something to that effect. And at that time, he turned around to John DeStefano, who was his aide at the time, and said, “Fire her.” And we all — there was a silence in the room.

As Parnas went on to explain, Trump’s order was not actually carried out then. It took another year for the firing to stick.

The Daily Beast’s Betsy Swan reports that the recording was taken by Parnas’s associate Igor Fruman. Fruman worked closely with Parnas and Giuliani in the effort to obtain Biden dirt from Ukrainians.

A copy of the recording was in the custody of prosecutors from the US Attorney’s Office for the Southern District of New York (who indicted Parnas and Fruman on charges of campaign finance violations in October). Parnas’s attorney claims that, after initial news of the recording broke, Parnas discovered he had a copy in his iCloud account, and provided it to congressional impeachment investigators.

News of the recording seems to bolster Parnas’s credibility, and raises further doubts about Trump’s denials of involvement. It’s also a reminder that there’s still a whole lot of relevant impeachment inquiry evidence out there — some of which is in the hands of federal prosecutors.

How the recording fits into the timeline of the Ukraine caper

The date of this dinner with Trump, Parnas, and Fruman — April 30, 2018 — is particularly interesting because of how early it is. For instance, Rudy Giuliani does not appear to have been involved in the scheme yet at that point.

Rather, at the time of the dinner, Parnas and Fruman were buying access to Trump donor events with large campaign donations. And it was Parnas who seemed urgently interested in getting Trump to fire Ambassador Yovanovitch. It is unclear why — or for whom — he was pushing for Yovanovitch’s ouster.

Evidently, Trump was happy to order Yovanovitch’s firing there and then — but, Parnas told Maddow, an aide told Trump it couldn’t be done yet, because Mike Pompeo hadn’t been sworn in as secretary of state. (Pompeo in fact had been sworn in but was just taking the reins of the State Department then.)

After this, in May, Parnas and Fruman met with Rep. Pete Sessions (R-TX), promised him campaign donations, and got him to write a letter to Pompeo calling for Yovanovitch’s firing.

And finally, in fall 2018, they paid Giuliani $500,000, gained access to his inner circle, and started pitching him on having Yovanovitch fired — in exchange, potentially, for dirt on the Bidens or other politicized investigations from Ukrainian officials.

Giuliani then became the face of the effort. Parnas and Fruman arranged meetings for him with current and former Ukrainian prosecutors Yuri Lutsenko and Viktor Shokin. They had useful information, Lutsenko said — but his demand was that Yovanovitch be fired.

“It’s just that if you don’t make a decision about Madam — you are bringing into question all my allegations. Including about B,” Lutsenko texted Parnas on March 22. “Madam,” in context, refers to Yovanovitch, while “B” refers to either Biden or Burisma (the company Hunter Biden sat on the board of).

So Giuliani tried to make it happen. He urged Trump to fire the ambassador. He worked with conservative journalist John Solomon to plant stories smearing Yovanovitch.

And finally, on April 23, Trump agreed to do it. “He fired her again,” Giuliani texted Parnas. “I pray it happens this time,” Parnas answered. It did; the next day, the State Department told Yovanovitch to return from Kyiv on the next plane.

After that, Trump and Giuliani’s effort to pressure the Ukrainian government — by withholding a White House meeting for the new president, and hundreds of millions of dollars in military aid — really got started.

The recording, and the larger trove of Parnas-related evidence, puts Republican senators on the spot as they attempt to wind down Trump’s impeachment trial quickly.

Senate Republicans have so far agreed that the trial will include opening arguments from each side and a period of questions from senators. But they punted on the controversial question of whether to seek more witness testimony or documentary evidence. They’ll have to decide that after the first phase of the trial wraps up next week.

But as more information from Parnas comes out, hastily ending the trial without further investigations may be tougher for Republicans to defend politically. Though they of course may still do it — if Majority Leader Mitch McConnell can find the votes, that is.

This piece has been updated with news that ABC posted part of . the audio.

Sign up for the Sentences newsletter. No shouting. No alerts. No BS. Get the news that matters, in one email at the end of the day.