It’s known for its ancient ruins, the seat of Catholicism and some of the world’s best pizza.

(CNN) — It’s known for its ancient ruins, the seat of Catholicism and some of the world’s best pizza.

Yes, in Rome, the art of pizza is up there with the art of constructing buildings that will last for 2,000 years, and guiding one of the world’s major religions.

Compared to the original Neapolitan style, Roman pizza is thinner, flakier and crunchier, since it’s baked for a little longer. The pizzerias of Trastevere, the boho neighborhood across the River Tiber from central Rome, are lauded as some of the best places in the world to try the dish.

Now there’s another kind of Roman pizza, however — and it comes out of a vending machine.

Rome’s newest pizzaiolo (pizza-maker), “Mr. Go,” is a vending machine pumping out four types of pizza for whenever you feel like one.

Not for Mr. Go the weekly closures and afternoons off of regular pizzerias; his indefatigable metal “hands” are spinning and stretching dough, slopping on toppings and firing it all to a crisp 24/7.

The machine is the brainchild of entrepreneur Massimo Bucolo, a Sicilian living in Rome.

“There was a hole in the market — although Rome is an important city, there was nothing [foodwise] available through the night,” says Bucolo. “We never wanted to compete with a classic pizzeria.”

Owner Massimo Bucolo trained as a pizzaiolo before opening the vending machine.

In fact, Bucolo says it’s not even a real pizza. He calls it a “cross between a pizza and a piadina” — the pizza-sized flatbreads from the Emilia-Romagna region.

That’s because, he freely admits, true pizza — tossed by hand and seared in a wood-fired oven — doesn’t 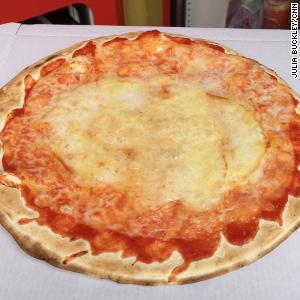 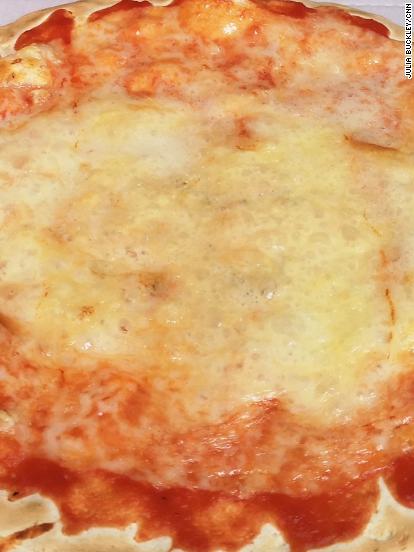 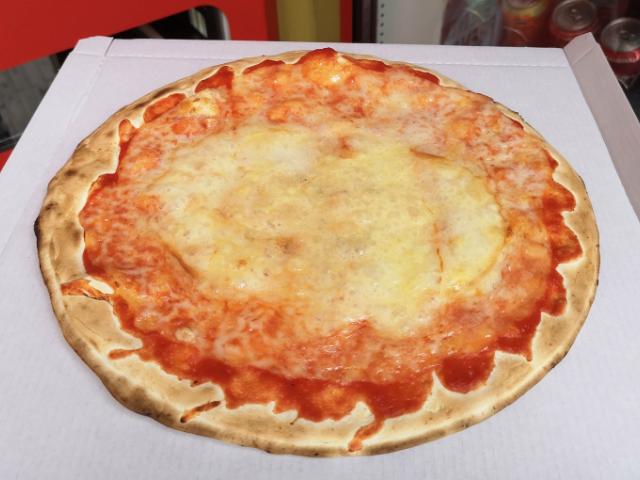 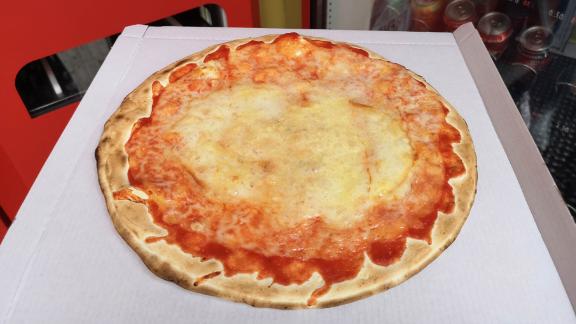 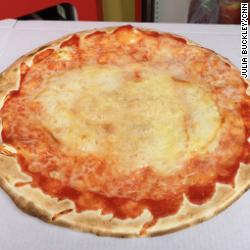 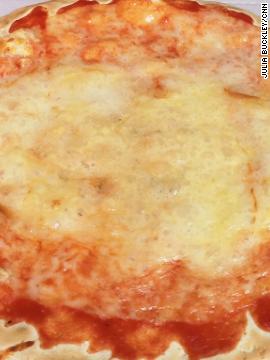 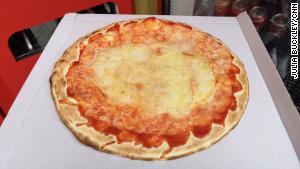 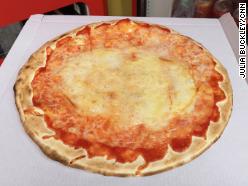