A Visual History of the Trump Administration

Four years of hard-core branding, soap opera chic and designer trolling are coming to an end. What have we learned? A look back in gilt. … 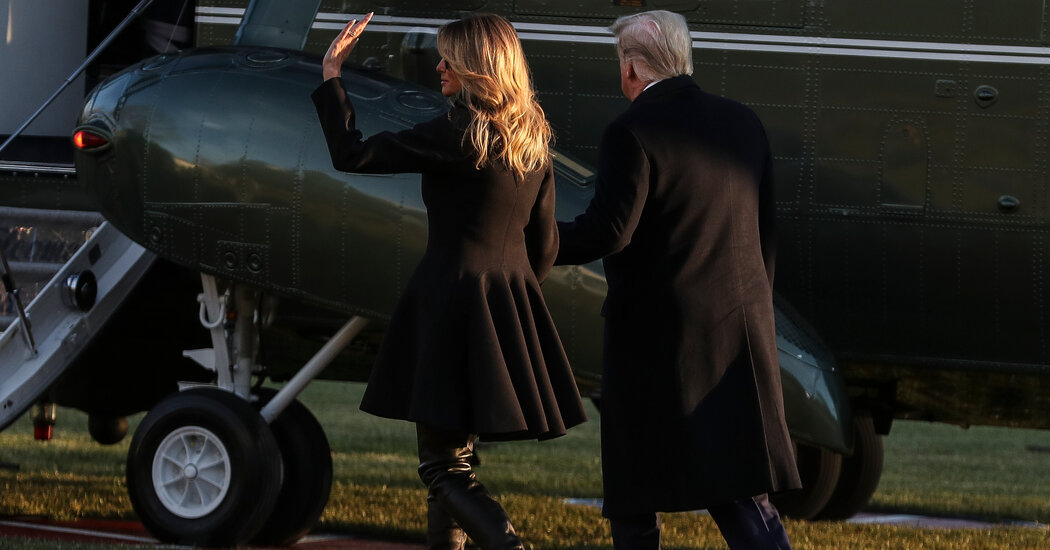 Few presidents have exploited the theatrical grandeur of the job quite as enthusiastically or as cynically as Donald Trump, from his proliferating forests of flags to his gilding of the Oval Office. Few have been as strategic about the power of caricature, or had such a complicit wife and court to bolster the spectacle. As a group, they tapped into the dregs of “Dynasty” and “The Bonfire of the Vanities” past that sits nestled in our lizard brains. For four years, we parsed soap opera chic instead of “The West Wing.” The visuals demanded attention, just like the tweets.

But while we will not have that final photo-op closure as the departing first family welcomes the new residents to the White House — that norm, like so many others, has been trampled — the Trumps leave behind a legacy of image-making and manipulation that will be as much a reference for political pundits and style strategists as that of the Reagans, the Kennedys and the Obamas.

The political costume department of our collective imagination will never be the same.

they would not dress the first lady. (Who cares? The Trumps could always buy the stuff.) A reason he and his family built chunks of their empire on the wardrobe of ersatz aspiration. They understood the mythmaking power of appearance, and how it sends tendrils of connection to us all. 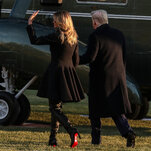