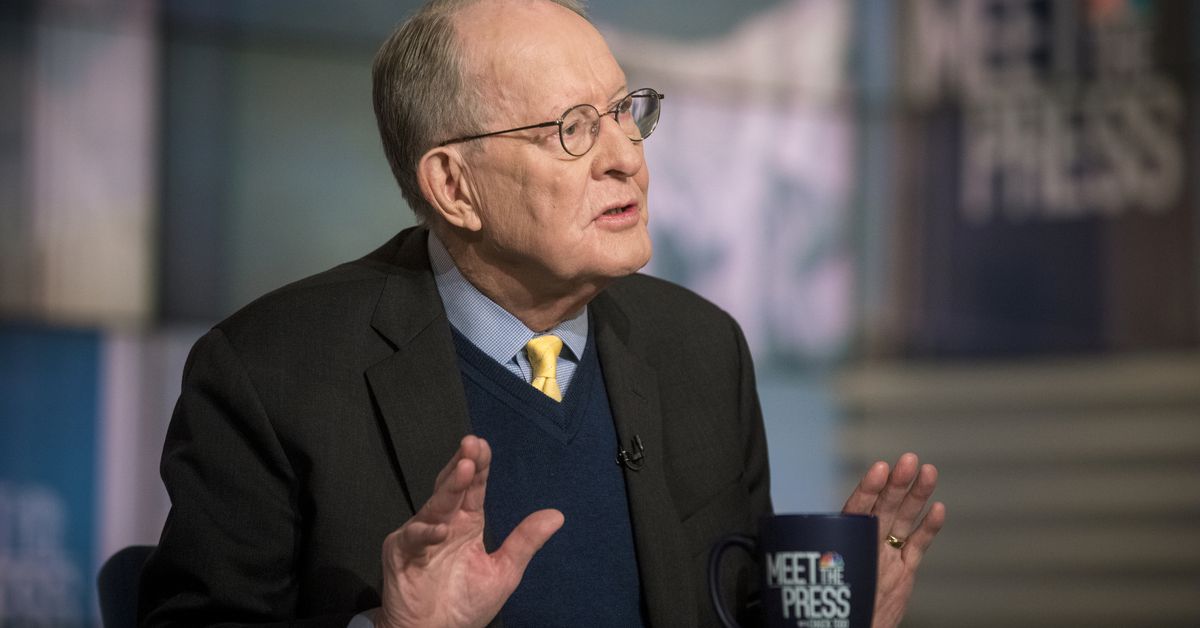 Friday, Senator Lamar Alexander (R-TN) became one of a number of GOP lawmakers to say President Donald Trump had committed misdeeds with respect to his actions with Ukraine, but that he should not be removed for it.

On Meet the Press Sunday, Alexander refined that argument, arguing that Trump’s misconduct may have stemmed from a desire to do the right thing that was marred by his inexperience. And he suggested that the fact Trump has been successful in accomplishing Republican priorities may outweigh any wrongs he’s committed.

Alexander was widely watched as lawmakers debated the question of calling new witnesses in the Senate impeachment trial. It was believed that Alexander might — along with other more moderate GOP senators — vote to admit new testimony and evidence into the proceedings.

He eventually did not do so, and in explaining why on Friday, offered a convoluted defense of the president, saying Trump was wrong to try pressuring Ukraine into investigating his political rivals, but that doing so wasn’t an impeachable offense.

He reiterated that belief Sunday, and said it should be up to the voters to decide Trump’s fate this fall, not the Senate.

“I think he shouldn’t have done it. I think it was wrong. Inappropriate was the way I’d say — improper, crossing the line,” Alexander told Chuck Todd Sunday morning. “And then the only question left is who decides what to do about that.”

Alexander answered that question by saying the voters — not lawmakers constitutionally tasked with deciding the issues of impeachment and removal — are who should decide, and he suggested they weigh the accomplishments of the president while doing so.

“Now it’s up to the American people to say, ‘Okay, good economy, lower taxes, conservative judges, behavior that I might not like, call to Ukraine.’ Weigh that against Elizabeth Warren or Bernie Sanders and pick a president,” he said.

The senator also argued that Trump likely had the his heart in the right place in launching the Ukrainian pressure campaign — and that unfamiliarity with how government works led him to “crossing the line.”

When Todd asked, “Why do you think he didn’t do that?” Alexander responded, “Maybe he didn’t know to do it.”

Republicans are no longer denying that Trump did something wrong

Nebraska Sen. Ben Sasse told reporters last week that Alexander’s thinking speaks to the position of many Republican senators. “Let me be clear: Lamar speaks for lots and lots of us,” Sasse said.

Sen. Marco Rubio (R-FL) even went one step further, saying the president’s actions were impeachable, that he was guilty of the charges, but that he shouldn’t be removed. “Just because actions meet a standard of impeachment does not mean it is in the best interest of the country to remove a president from office,” read a Rubio statement released Friday.

But this Republican justification ignores that Trump’s Ukraine scandal was motivated, at least in part, by a desire to influence the next election in his favor, something Republican senators have — through their statements — now endorsed.

For his part, Alexander said he hopes Trump will not repeat his “inappropriate actions” now that he understands that he could be impeached for it.

“If a call like this gets you an impeachment, I would think he would think twice before he did it again,” Alexander told Meet the Press. “Hopefully, he’ll look at this and say ‘Okay that was a mistake, I shouldn’t have done that and shouldn’t have done it that way.’ And he’ll focus on the strengths of his presidency, which are considerable.”

It isn’t clear that Trump has been chastened at all by the experience of impeachment. It is now clear, however, that Republicans are unlikely to do anything to censure him if he were to again engage in impeachable misconduct.