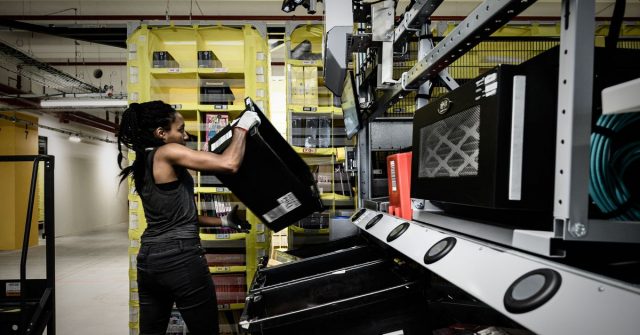 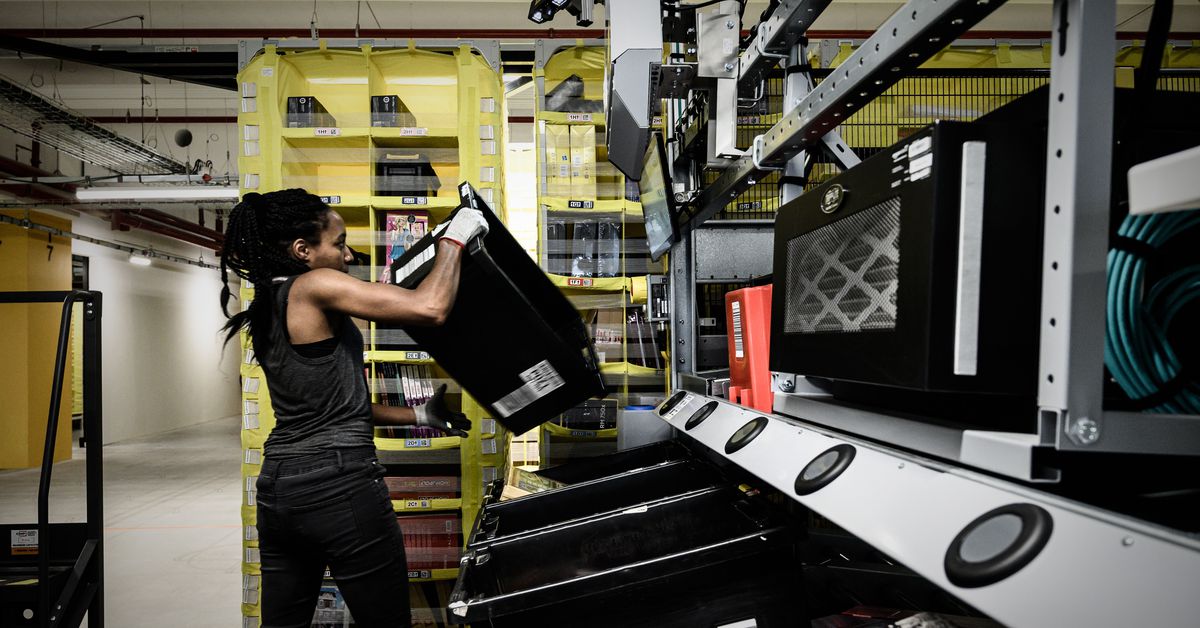 More than 30 Amazon workers at a Sacramento warehouse walked off the job this morning, demanding they receive paid time off.

Around 2:45 am on Monday local time, 36 workers — out of around 100 in total on the shift— left work two hours early after they read a letter to management out loud stating their demands to be granted paid time off (PTO) and meet with management to discuss their concerns, according to a worker at the site.

These workers — who say they lift hundreds of packages a day in “back-breaking” labor —currently receive zero PTO days a year. The walkout comes weeks after workers say management has ignored their requests to meet with leaders of a group organizing around the issue. So far, workers have circulated an internal and public petition gaining over 4,000 signatures in total. The actions have been organized by a group of workers on site called Amazonians United Sacramento, which led a successful campaign in the past to get multiple colleagues reinstated who were fired for missing work, in one case while the colleague was suffering the loss of a family member.

The recent walkout is also an escalation of labor tension at Amazon’s growing network of last-mile delivery centers, which are smaller warehouses where workers prepare packages that are then sent out to customers’ doorsteps. Most workers at the Sacramento site — as with those at other delivery stations across the US — are prohibited from working more than 30 hours a week. They often work up to that maximum amount allotted and sometimes more than that during peak shopping times. Workers say their shifts are physically grueling, involving lifting boxes of up to 50 pounds at a rapid pace, especially right before the holidays when they see their workload increase.

But because they aren’t working full-time hours, most of these workers do not receive benefits such as employer-subsidized health insurance, and they can be fired for taking off more than 20 hours every quarter. Amazon publicly promises its part-time employees paid time off on its own website (notably, though, the policy differs for California employees), as well as in its employee handbook, according to documents Recode reviewed.

When workers in Sacramento pointed this out to management, they say they were told the rules don’t apply to them since they are a specific subcategory of “class q” and “class m” logistics workers — a distinction they had previously never heard of and were given no explanation for.

“The fact is that Amazon is a trillion dollar company run by the richest man in the world,” the Sacramento workers said in the public petition, “and they intentionally give all class q part-time workers less benefits than regular part-time workers so that they grow the company at our expense. We’ve had enough.”

An Amazon spokesperson acknowledged that the company has received workers’ petition but did not immediately respond to a question about how “class q” and “class m” workers are defined, and why these workers are not eligible for PTO like other part-time employees.

The spokesperson said in a statement to Recode: “Amazon maintains an open-door policy that encourages employees to bring their comments, questions, and concerns directly to their management team for discussion and resolution. … Benefits vary based on a variety of factors but if someone wanted to move to a role that offered regular, full-time benefits we expect to have more than a thousand of those roles in Sacramento throughout the year.”

The workers’ public letter also calls for Amazon’s local management team to meet with representatives from Amazonians United Sacramento, which has turned into the de facto organizing group for workers at the warehouse. Currently, the group says it operates as an independent worker organization not affiliated with any union.

An Amazon spokesperson did not respond to a follow up question about why, several weeks after the initial petition, management has still not met with organizers.

Amazonians United Sacramento is one of several worker-led groups that has organized in recent months at Amazon’s delivery stations, and it has had some recent successes in petitioning for better working conditions. In July, a group of workers in Chicago called Amazonians United DCH1 publicly came forward demanding rights for workers, including health care benefits and air conditioning on site. They had an early win when management agreed to send workers home with pay during a sweltering heat wave that they said made it unsafe to work.

Delivery station worker organizers in Eagan, Minnesota, walked out of work until their manager agreed to talk to his boss about demands related to time off. And Amazon workers in Sacramento successfully campaigned to get two colleagues rehired after they were fired for taking more unpaid time off than allowed, including one worker who says she was fired after taking off one more hour than permitted after her mother-in-law died.

“Any time you want to take time off to spend with your family, you have to hope an emergency doesn’t come up so that you don’t go over your limit of unpaid time off,” said one Sacramento DSM1 worker, who added that one of the most common reasons for people getting fired at the warehouse is for taking too much unpaid time off, often to take care of their loved ones.

While there have been reports of poor labor practices across Amazon’s supply chain — and incidents as severe as death on the warehouse floor — delivery station sites in particular have become a hotbed for worker activism. Unlike other larger fulfillment centers in suburban areas, these warehouses are largely in urban areas like Chicago, New York, Portland, and Sacramento. Workers are often the last ones moving around packages just before they’re put in trucks for final-mile delivery to a customer’s doorstep.

These workers say they’re arbitrarily classified as a subcategory of workers who don’t have the same benefits as their full-time colleagues at other facilities.

“We’re doing back-breaking warehouse work,” said a delivery station worker in Chicago. “So whether it’s someone working 40 hours a week who gets injured or somebody working 24 hours a week, it doesn’t matter. We just wanted to be treated equally as all of Amazon’s other part-time workers.”

As Amazon continues to grow an independent logistics network that will include more of these delivery stations rather than relying on contracted partners like FedEx, workers see a bigger fight ahead. Several workers said they were frustrated by Amazon’s statement that workers unhappy with their lack of benefits should acquire full-time jobs within the company, since many workers at delivery stations want to work more than 30 hours a week but are blocked by Amazon’s rules. Workers say the nearest Amazon fulfillment centers with full-time jobs can be hours away.

“This is what the economy is, part-time work is all we can get,” the Chicago worker said. “This is the reality of our economy, and we deserve paid time off.”

Update: This article has been changed to include the worker walkout that took place on December 23, 2019.