Are You a Glennon or an Abby?

Inside the relatably argumentative, highly downloadable marriage of the best-selling author Glennon Doyle and the retired soccer star Abby Wambach. … 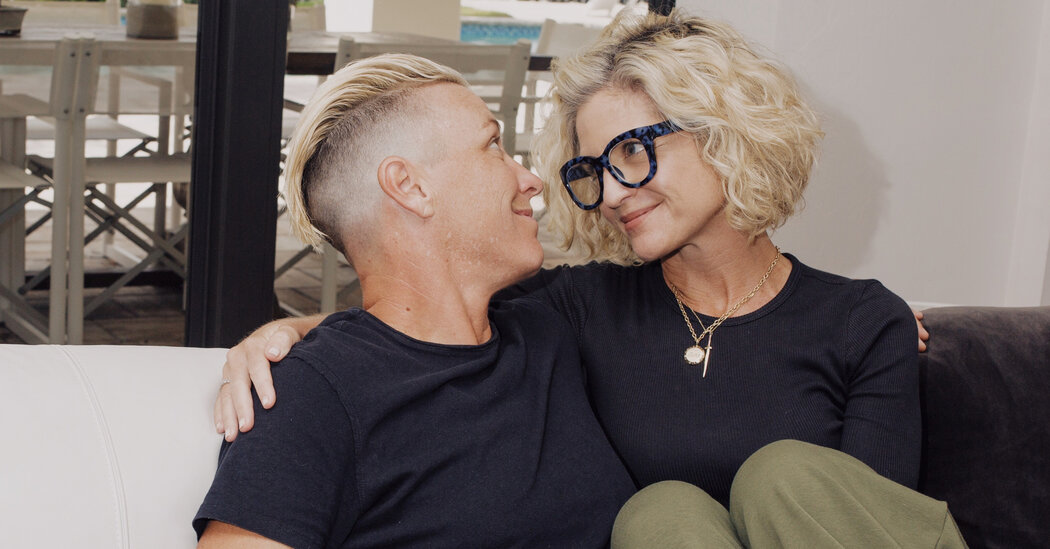 “See, she yells,” Ms. Wambach said, making her way to the laundry room, where she would set up her microphone next to a pile of clean socks. “Do you need your glasses, honey?” she called back.

In “Untamed,” Ms. Doyle writes about a slogan she came across in a classroom years ago: “We Can Do Hard Things,” saying that it saved her life. These days, that slogan can be found on T-shirts, posters and coffee mugs. When Joe Biden won the presidency — his team had recruited Ms. Doyle to help reach suburban women — his campaign manager tweeted, “We can do hard things … and you just did!”

Now it is the title of her new podcast, with the goal of helping her followers (or “community,” as the couple likes to say; “followers sounds cult-y,” Ms. Wambach said) forge deeper connections after so much time in isolation.

Hosted by Ms. Doyle, the podcast features her sister, Amanda Doyle, as co-host; her wife as frequent guest; daughter Tish singing the opening song; and an episode with Mr. Melton, possibly on parenting, though they are still figuring out what he and his ex-wife want to talk about. (“I really want to talk to him about dating,” Ms. Doyle said. “I’m so curious about that.”)

There is an episode on “Fun,” one on “Sobriety” and another called “5 Fights,” in which Ms. Doyle and Ms. Wambach dissect their most common arguments, including fighting about the way they fight — “the most lesbian thing you can actually fight about,” Ms. Wambach said.

They like to joke that they can do hard things, but that sometimes it’s the easy things that seem hardest.