Germany, France, Italy and Spain became the latest countries to suspend use of the vaccine even as a third wave of the pandemic threatens the continent. …

Germany, France, Italy and Spain became the latest countries to suspend use of the vaccine even as a third wave of the pandemic threatens the continent.

ROME — As a third wave of the pandemic crashes over Europe, questions about the safety of one of the continent’s most commonly available vaccines led Germany, France, Italy and Spain to temporarily halt its use on Monday. The suspensions created further chaos in inoculation rollouts even as new coronavirus variants continue to spread.

The decisions followed reports that a handful of people who had received the vaccine, made by AstraZeneca, had developed fatal brain hemorrhages and blood clots.

The company has strongly defended its vaccine, saying that there is “no evidence” of increased risk of blood clots or hemorrhages among the more than 17 million people who have received the shot in the European Union and the United Kingdom.

“The safety of all is our first priority,” AstraZeneca said in a statement Monday. “We are working with national health authorities and European officials and look forward to their assessment later this week.”

The timing of the pause in inoculations by some of Europe’s largest countries — which followed a flurry of similar actions by Denmark, Norway and several others — could not have been worse.

Europe’s vaccine rollouts already lag far behind those in Britain and the United States, and there is dawning realization that much of the continent is suffering a third wave of infections. Leading immunologists fretted on Monday that the decision by several of Europe’s leading nations to suspend the use of AstraZeneca would make vaccination efforts even harder by emboldening vaccine skeptics in countries where they are 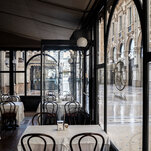