At First, They Were Up in the Air

When Bridgette Summers and Andrew Wicks each signed up for an aerial tour of Kauai, neither expected that their favorite sight would be a fellow passenger. … 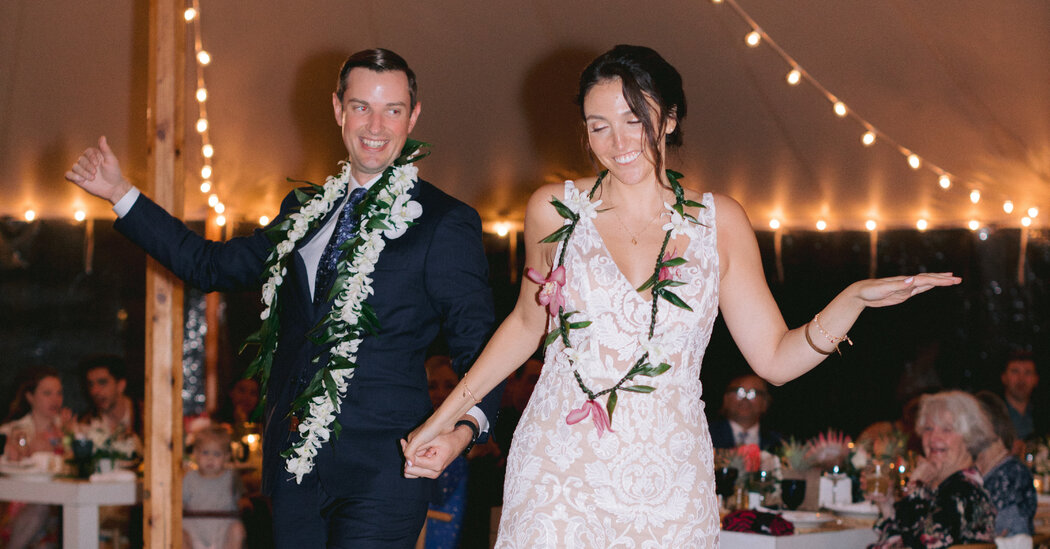 The next day, while driving to the airport, Mr. Wicks said he felt a pang of regret.

“I didn’t want to leave,” he said. “I felt this urge of wanting to stay and wanting to get to know her better.”

The pair kept in touch sporadically and, in May 2018, a work conference brought Mr. Wicks to Chicago, where Ms. Summers lived at the time. While there, he took her out for sushi. Before the meal was over, Ms. Summers suggested that Mr. Wicks extend his trip through the weekend. He agreed and they spent the next few days exploring the city together.

“It was all just so easy and fun, and it just felt so natural,” Ms. Summers said.

A few weeks later, Ms. Summers visited Mr. Wicks in Houston, and before long they were dating and meeting up every chance they had.

That September, Ms. Summers moved to New York. By the following September, Mr. Wicks had moved there, too.

“We’d see each other and all would be right in the world, and then we’d go our separate ways for another weekend, and I’d just be sitting in my house wondering, ‘What am I doing here,’” Mr. Wicks said of his decision to move closer to Ms. Summers.

In July 2020, the couple bought a home together in Austin, Texas, where Ms. Summers, who graduated from Cornell, works as the director of investments for Dovetail + Co, a local hospitality investment firm. Mr. Wicks, who graduated from the University of Houston, works as the director of capital procurement for Pattern Energy, a renewable energy developer in Austin.