Bernie Sanders endorses Joe Biden: “We need you in the White House” 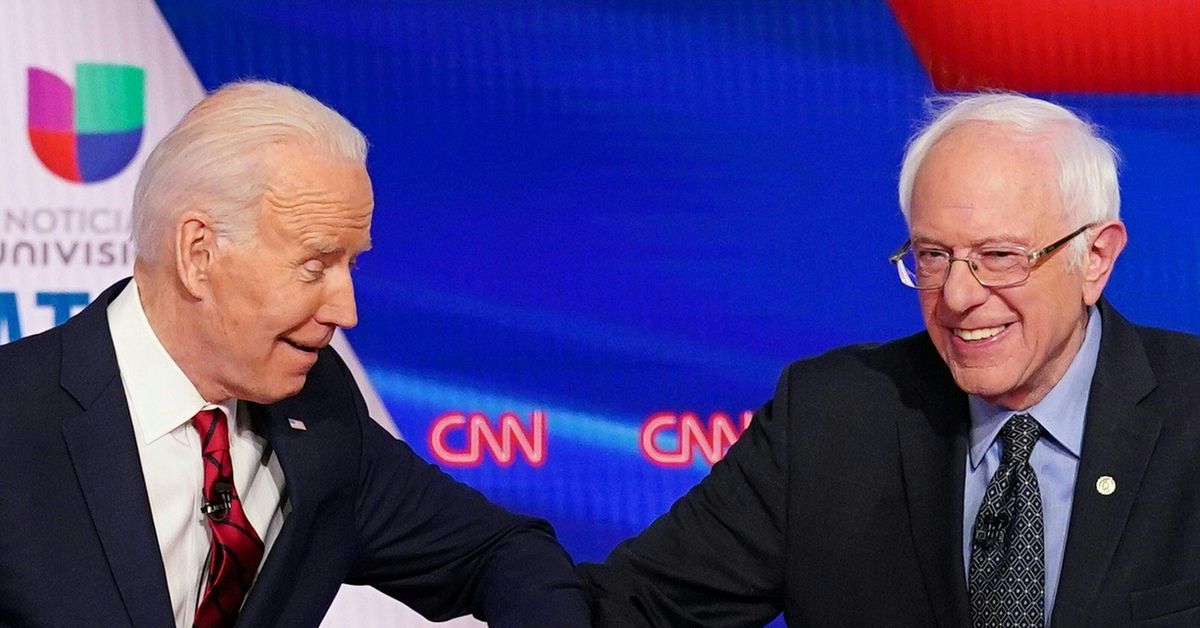 “We need you in the White House,” Sanders said. “And I will do all that I can to make that happen.”

Biden moved quickly to consolidate the support of his former rivals, winning the backing of Sen. Amy Klobuchar, former South Bend, Indiana, Mayor Pete Buttigieg, and former Rep. Beto O’Rourke ahead of Super Tuesday in March. Other former candidates, like Sen. Kamala Harris, have endorsed him as well.

Sanders had long promised to back the Democrats’ eventual nominee if he didn’t win the primary, but his exit from the race last week and rapid endorsement of Biden marks a stark departure from his first presidential bid 2016, when — despite facing difficult delegate math — he did not suspend his campaign until June.

In endorsing Biden, Sanders has taken a significant step in building a symbolic bridge between his progressive, younger base of support and the moderate and older support Biden has assembled — one all the more important given that Sanders was Biden’s final rival, and that Sen. Elizabeth Warren, another key progressive leader, has yet to endorse the former vice president.

During the livestream, Biden and Sanders discussed where they have common ground and announced their campaigns will work together to develop plans in six policy areas, including the economy, education, criminal justice, immigration, and climate change.

“It’s no secret out there, Joe, that you and I have our differences,” Sanders said. “But I hope that these task forces will come together, using the best minds and people in your campaign and my campaign to work out real solutions to these very, very important problems.”

The working groups are a chance for Sanders to contribute to and, his supporters likely hope, influence the Biden campaign. And they ought to help him avoid any accusations similar to the ones he faced in 2016 about not doing enough to aid then-nominee Hillary Clinton.

And Biden, of course, needs not just Sanders behind him but also the senator’s supporters. As Vox’s Matt Yglesias argued when Sanders exited the race last week, that could be a tough task. To that end, Biden made a point of saying he truly believes the senator’s campaign slogan of “Not me, us,” spoke at length on his support for union workers and for climate change action, and said he has a personal stake in one of Sanders’s key policy positions: eliminating student debt.

Joe Biden thanks Bernie Sanders: “You put the interest of this nation and the need to beat Donald Trump above all else.”

“As you say, ‘not me, us.’ That’s your phrase, pal. And your supporters and I are going to make the same commitment.” https://t.co/z1acWQr1Kv pic.twitter.com/d0GXhVPyfb

“My deceased son, we’re still paying off his [student] loan,” Biden said. “We need to think about what we can do to address these concerns.”

Biden was also complimentary of the senator, telling him, “I’m going to need you badly,” and saying “you’ve been the most powerful voice for a fair and more just America … you’ve refused to accept we can’t change what’s wrong in our nation. … And you don’t get enough credit, Bernie.”

Whether all this will be enough to win over Sanders’s base remains to be seen, and the livestream was thin on details about the working groups; in fact, Biden only mentioned five of the six. But it was the first of what are likely to be a series of unity events as Democrats work to build their base of support, try to counter President Donald Trump’s fundraising advantages, and prepare for the general election.

“I promise you I won’t let you down,” Biden told Sanders as the stream ended, having told him, “I’m going to need you … not just to win the campaign, but to govern.”