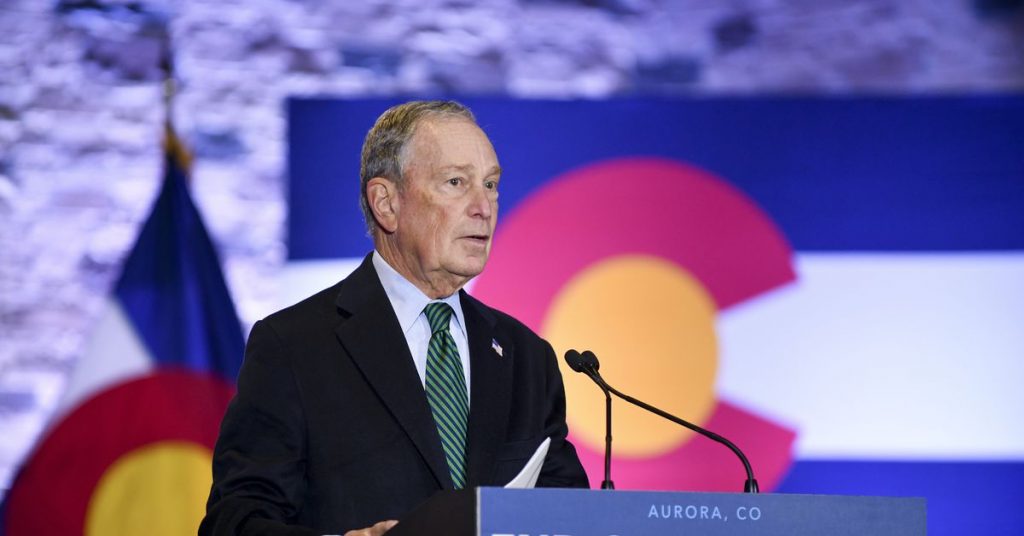 Former New York mayor Mike Bloomberg finally sat down for his first television interview since announcing his run for the White House — and it did not go smoothly.

In an interview with CBS This Morning broadcast on Friday, Bloomberg struggled to respond to criticism that he was buying the election, invoked a troubling trope while referring to African American Democratic candidate Sen. Cory Booker as “well-spoken,” and falsely stated that he had never been criticized about his controversial stop-and-frisk program before running for president.

The missteps and false statements are likely to intensify progressive criticism of the billionaire Democratic candidate as out of touch with the direction of the party, and cement concerns that his late entry into the race has only been viable due to his deep pockets.

Since launching his campaign in late November, Bloomberg has managed to very quickly garner a modest amount of attention. He’s polling at about 4 percent in national polls, according to the Real Clear Politics average, which puts him fifth in the race, and means he leapfrogged prominent candidates like Booker and former Department of Housing and Urban Development Secretary Julián Castro in a matter of weeks.

But skeptics say that a lot of the early interest can be attributed to Bloomberg’s ability to spend tremendous amounts of money and capitalize on name recognition as a prominent businessman with an eponymous media outlet. He has invested a staggering $57 million in television advertising so far. The initial ad buy he made in the very first days after his announcement was larger than every other candidate had spent on advertising the entire year, with the exception of Tom Steyer — the other billionaire running for the Democratic nomination.

Bloomberg’s cagey interview with CBS — in which he casually quips that every other candidate had the opportunity to become rich like he did and seemed irked by questions about diversity in the race — reflects the challenges he’ll face if he continues to gain prominence. His comments provide ammunition for progressive candidates like Sens. Bernie Sanders and Elizabeth Warren and the liberal base of the party, and will test whether or not there’s real appetite for a moderate billionaire among Democratic voters.

Bloomberg doesn’t think his money is that big a deal

In the interview, CBS’s Gayle King repeatedly pressed Bloomberg to respond to criticism that he’s buying the election. Bloomberg sounded irritated by the accusation and pointed out that he gives away most of his money for good causes.

But instead of going the usual route for former businessman candidates wherein they point out how their business acumen prepared them for leading the country, he chose to highlight his rags-to-riches story and almost seemed to imply the other candidates’ public service was a missed opportunity to become a billionaire.

“They had a chance to go out and make a lot of money. And how much of their own money do they put into their campaigns?” Bloomberg said.

Bloomberg also argued that since everyone relies on lots of money to run for president, he wasn’t all that different from his rivals.

“I’m doing exactly the same thing they’re doing, except that I am using my own money,” he said. “They’re using somebody else’s money and those other people expect something from them.”

It’s worth noting Donald Trump claimed that his fortune would allow him to self-fund but that he did ultimately rely on plenty of outside donations for his 2016 presidential campaign.

Bloomberg’s arguments could appeal to moderates or business-centric Democrats. But in a populist political climate in which prominent candidates like Sanders and Warren are advocating for wealth taxes and arguing that taxing the rich is an essential policy for accelerating economic growth, Bloomberg’s blasé attitude about his wealth may not serve him well.

Bloomberg’s comments on race were … out of touch

Bloomberg also ran into an awkward spot when talking about racial inclusion. When asked about Booker’s complaint that there are “more billionaires than black people who’ve made the December debate stage,” Bloomberg fired back with a strange comment.

Bloomberg’s description of Booker as “well-spoken” echoed Joe Biden’s reference to Barack Obama in 2007 as “articulate and bright and clean”: it’s a classic racialized trope that implicitly suggests that black people by default are not well-spoken.

Booker said in response to the comment, which got skewered on social media as condescending: “It’s sort of stunning at times that we are still revisiting these sort of tired tropes.”

Bloomberg also suggested that the solution for anyone who is concerned about lack of diversity in the presidential field should have entered themselves.

“Lots of people can enter,” he said. “If you wanted to enter and run for president of the United States, you could have done that. But don’t complain to me that you’re not in the race. It’s up to you.”

The flippant comment about how easy it is for anyone to enter the primary is likely to intensify criticism that Bloomberg has a blind spot on race and concerns that he faces an uphill battle among black voters.

Bloomberg’s statement on stop-and-frisk was dishonest

When asked about his recent apology regarding his controversial stop-and-frisk police program — which was struck down in court after his last term as mayor because it was considered in violation of the Constitution for its systematization of racial profiling — Bloomberg replied, “Nobody asked me about it until I started running for president, so, c’mon.”

Former NYC Mayor @MikeBloomberg tells @GayleKing “nobody asked” him about stop & frisk until he started running for president.

“I’m sorry. I apologize. Let’s go fight the NRA and find other ways to stop the murders and incarceration. Those are things that I’m committed to do.” pic.twitter.com/ww1pJPraBt

That’s false. Bloomberg was criticized and questioned over the program on many occasions during his time as mayor and after. He unapologetically defended the program as recently as January as an effective deterrent against crime.

In private, he was apparently also defensive of the program. Former CNN anchor Soledad O’Brien tweeted on Friday that at a mutual friend’s cocktail party around 2014, he defended the program and argued that “that MORE black and brown people should have been stopped.”

The fact that Bloomberg’s comments are so easy to demonstrate as false suggests he either wasn’t prepared to handle the question or that he doesn’t care about the truth. Either way, it will not serve him well among progressives pushing for criminal justice reform.