A warning that the variant could be deadlier is a powerful argument that Britain could be entering a severe new phase of the pandemic and that easing lockdown rules could be calamitous. …

LONDON — Britain’s disclosure Friday that a new variant of the virus could be deadlier than the original raised a stir about why such alarming information was put out when the evidence was so inconclusive. But there is little debate over its impact: It has silenced those who called for life to go back to normal any time soon.

The British government is expected to announce in coming days that it will prolong and tighten the nationwide lockdown imposed by Prime Minister Boris Johnson this month. Schools may stay closed until Easter, while travelers arriving from overseas could be required to quarantine in hotels for 10 days.

For Mr. Johnson, who has faced unrelenting pressure from members of his own Conservative Party to begin easing restrictions, the warning about the variant was a powerful argument that Britain could be in the middle of a severe new phase of the pandemic — and that relaxing restrictions now could be calamitous.

While scientists agree that the evidence of the variant’s greater lethality is preliminary, inconclusive and based on limited data, they said it nonetheless served the government’s purposes in the debate over lockdowns, in which Mr. Johnson, pulled between science and politics, has often shown an aversion to taking hard steps.

“It’s odd to be making such an announcement, which has serious implications and is clearly concerning for the general public, without having a full data set and a more thorough analysis,” said Lawrence Young, a virologist at Warwick Medical School. “I wonder whether it was about reinforcing the tough message about needing to stick to lockdown and justifying increased border controls.”

Devi Sridhar, the head of the 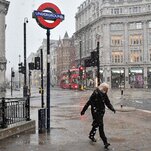