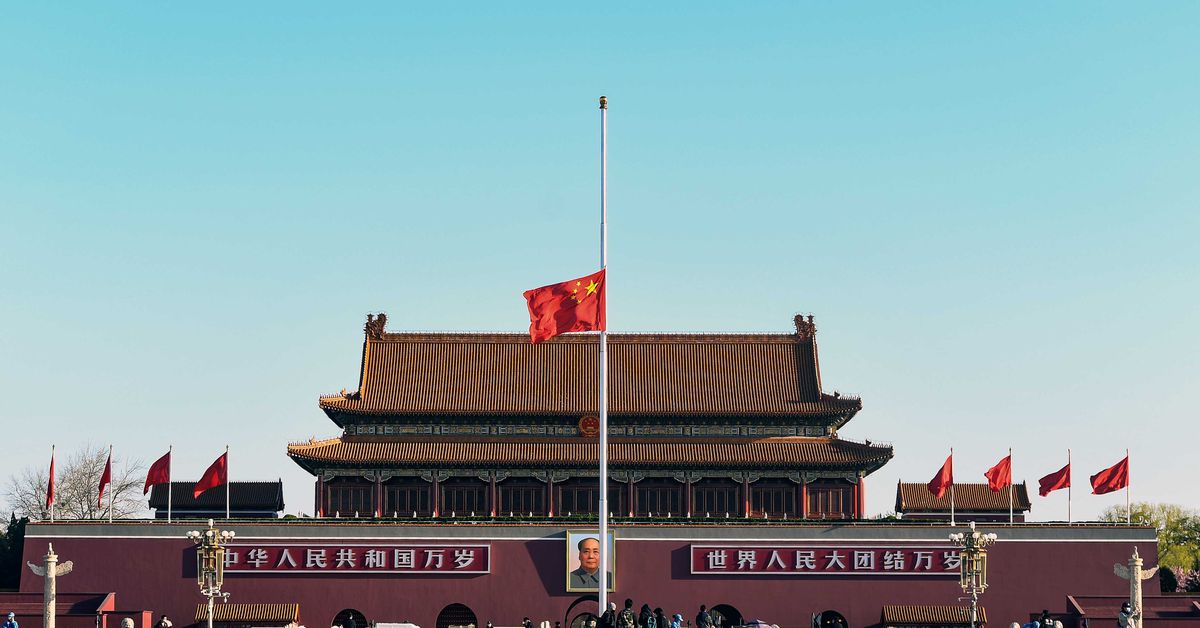 According to reports in the New York Times and Politico, Chinese diplomats managed to persuade EU officials to scrap a reference to China running a “global disinformation” campaign, and also remove reference to Beijing’s criticism of the French response to the pandemic.

The final version of the report reads mildly: “Official and state-backed sources from various governments, including Russia and — to a lesser extent — China, have continued to widely target conspiracy narratives and disinformation.”

The lobbying campaign represents the latest instance of the Chinese government attempting to control narratives in order to defend its reputation, after failing to keep coronavirus within its borders and to properly alert other countries of the threat the new virus poses.

Recently, Chinese officials and news outlets have deliberately spread false information — most notably the conspiracy theory that the US Army introduced the novel coronavirus to Wuhan and started the pandemic itself.

Despite this, Chinese officials have reportedly been keen on shielding themselves from criticism over spreading disinformation. Officials from the country even threatened to retaliate in some form against the EU if the bloc’s report language wasn’t softened, according to the New York Times.

“The Chinese are already threatening with reactions if the report comes out,” Lutz Güllner, an EU diplomat, wrote to colleagues in an email, the Times reported.

It’s unclear what those “reactions” would have been, and whether they would come in the form of diplomatic posturing or a policy move. But the Times noted that the EU is currently expecting to win trade concessions from China, an expectation that may have informed decision making around the report.

The report was eventually put out by the European External Action Service’s Strategic Communications division, which analyzes disinformation campaigns that affect the EU. A spokesman for the group denied the reports and claimed that they have “never bowed to any alleged external political pressure,” according to Politico.

China is desperate to control the narrative

Beijing has gone to great lengths to use information both defensively and offensively to protect its international reputation as a virus that originated within its borders has gone global.

As Vox’s Julia Belluz explained in February, Beijing downplayed or covered up many of the key facts of the early spread of the SARS-CoV-2 virus in a bid to project an image of competence and control:

On December 31, when China first announced the outbreak of a mysterious pneumonia, officials there emphasized a few things. Most of the patients had been to a food market in Wuhan, the city that’s still the epicenter of the outbreak. They said there was “no clear evidence” of human-to-human transmission, meaning the virus wasn’t yet spreading from one person to another but instead, they suggested, from an animal to humans. And they said the earliest case had shown symptoms only recently — on December 12.

Yet, for weeks now, reports in both the scientific literature and local and international news have contradicted what Chinese authorities were telling the world. These reports show the outbreak started weeks or months sooner than China let on, and the virus was already spreading among people — and beyond the food market in Wuhan — in early January. Authorities also censored information and silenced the whistleblowers who tried to sound the alarm.

More recently, China has pushed conspiracy theories that the US spread the virus in China as a way of shifting any blame for the pandemic away from the Chinese government.

“There are a few Chinese officials who appear to have gone to the Donald J. Trump School of Diplomacy,” Julian Gewirtz, a scholar at the Weatherhead Center for International Affairs at Harvard, told the New York Times in March, in response to reports of conspiracy theories. “This small cadre of high-volume Chinese officials don’t seem to realize that peddling conspiracy theories is totally self-defeating for China, at a moment when it wants to be seen as a positive contributor around the world.”

China, of course, is not alone in pursuing this strategy. The US has also worked to exaggerate and spread inaccurate information about China’s handling of the coronavirus. Trump, for example, has spread the rumor that the virus originated in a Chinese lab, despite an absence of proof that this happened — and overwhelming skepticism from scientists that the virus originated in one.