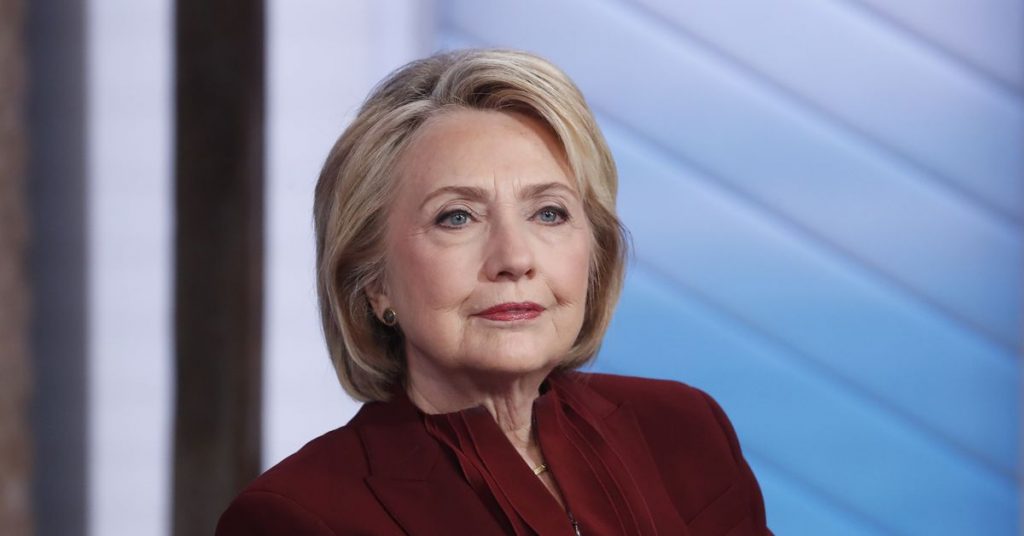 After reviewing 33,000 emails sent to or from Clinton, investigators found that the former secretary of state’s practice of using a private email server for official work presented a security risk, but said there was no “systemic, deliberate mishandling of classified information” by Clinton or her associates, according to a State Department report presented to Congress this week.

All of the emails in question were sent and received during Clinton’s tenure at the State Department, and became an issue during the 2016 presidential campaign. During that time, the FBI conducted an investigation into Clinton’s use of the server, and ultimately found the then candidate had not put classified information in enough jeopardy for her to be prosecuted.

Donald Trump, however, took up the issue and used it to attack Clinton throughout the campaign cycle; he has continued to do so as president, calling the Clinton’s use of the server “one of the great crimes” on the sidelines of the 2019 UN General Assembly, for instance.

Reports of the State Department ramping up its investigation in recent weeks led to former US officials raising questions about whether the probe was politically-motivated, including one who told the Washington Post it was a way for Republicans “to keep the Clinton email issue alive” in the months before the 2020 election. However, department officials have said they were merely doing necessary work to bring the investigation to its conclusion.

The questions at the heart of the investigation were whether Clinton or her staff failed to safely handle classified information and whether there were individuals who directly responsible for any potential security lapses. After taking statements from hundreds of officials, investigators determined 38 people were “culpable” of breaking security rules, but didn’t find malintent.

“While there were some instances of classified information being inappropriately introduced into an unclassified system in furtherance of expedience,” the department’s report reads, “By and large, the individuals interviewed were aware of security policies and did their best to implement them in their operations.”

This is the second time a federal agency has come to this conclusion: The FBI began an investigation into Clinton’s email use in 2015. It found Clinton and her staff didn’t intend to mishandle classified information and declined to bring charges, but then FBI director James Comey said Clinton and her team had been “extremely careless.”

It is not clear if any of the 38 people found to be culpable are still State Department employees, and whether they will face any consequences if they are. The New York Times notes security clearance renewal could become more difficult for any current officials found to be culpable, and that any former officials hoping to return to government service with this culpability on their records may face increased scrutiny during the application process.

While this effectively closes the question of Clinton’s emails, the issue may live on in the public consciousness. Some have made the argument concerns about Clinton’s emails are one of the reasons the former secretary of state lost the election. And President Donald Trump has shown he is likely to keep beating the email drum, given that he has brought the issue up in recent weeks.

After Trump won the 2016 election and no longer needed to rely on the “lock her up” motto, his insistence on criminal wrongdoing by Clinton persisted. He has raised the issue at rallies and told reporters after a UN meeting last month that Clinton’s handling of the emails was “one of the great crimes.”

A whistleblower alleges the Trump administration broke protocol to place notes from a call with Zelensky (in which the president asked his Ukrainian counterpart to investigate the DNC emails and potential presidential rival Joe Biden) in a codeword-level system meant only for top government secrets. The whistleblower also claims this was done to protect the president from allegations he abused his power on the call, and writes in his complaint that call notes were moved to this server a number of times to conceal “politically sensitive” information.

Trump’s persistent investigation into Clinton’s emails despite pre-existing conclusions from the FBI — and his efforts to dig up dirt on Joe Biden — has brought criticism that he’s using his power as president to target political rivals.

That criticism is now at the heart of the impeachment inquiry Trump faces. Clinton has now been cleared of wrongdoing in her server scandal — whether Trump finds himself exonerated in the growing scandal around the secure White House server and his requests of Ukraine remains to be seen.