Collina Strada 2020: Finally, Someone Made a Fashion Week Video That Feels Like a Ketamine Trip on a Farm!

We’re decidedly not digital Fashion Week haters over at GQ, but many of the video presentations have been a little…tasteful. You know: the camera caressing a beige knit while a totally intense part of a Bach partita plays… Some guy talking about pinch pots and craftsmanship… It’s all very beautiful, but it gets a little stale.

So imagine my excitement when Collina Strada, creators of downtown environmentalist-club-kid clothes, headed by Hillary Taymour, released a video for New York Fashion Week designed to disturb. Finally! A brand made a fashion video that feels like a ketamine trip on a farm! It was chaotic, pretty psycho, and rivals Hermès (I know!) for the most atmospheric video of this strange fashion season so far.

“Change Is Cute,” as it was called, was a Mad Hatter blend of real and CGI, a raucous romp through an imagined farm world where models walked between upright cows twirling and geese waddling as a doll-like CGI creature led the way. The soundtrack was a song about taking global warming seriously, with a charmingly annoying refrain—“I wear Collina Stra-a-a-da!”—done in electronica and pop-punk variations. As for the clothes: The baggy pants and the sexy-dorky tops all your favorite indie brands are doing right now, covered in tripped-out Memphis waves or 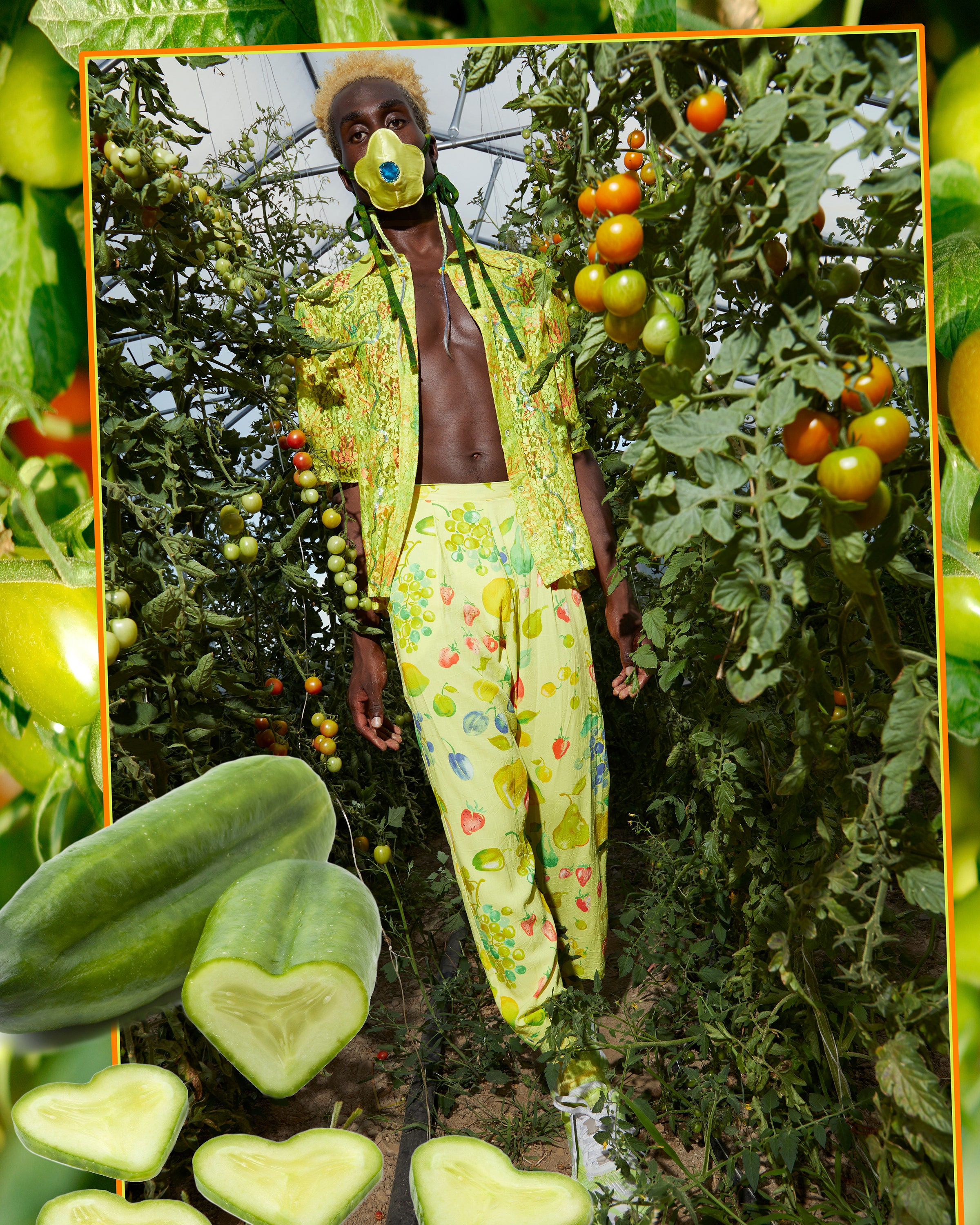