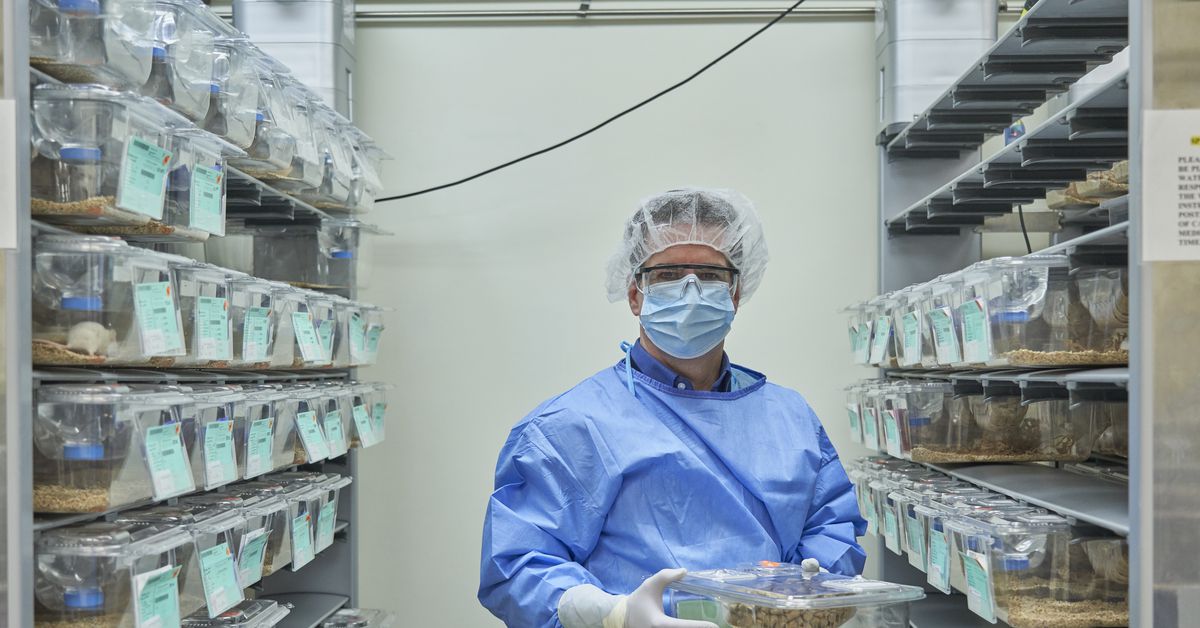 President Donald Trump has repeatedly said that the US is working to develop a vaccine for Covid-19, the disease caused by the novel coronavirus, as quickly as possible. But one of his own administration’s policies appears to be standing in the way of at least one scientist.

According to a report by the Washington Post’s Amy Goldstein, Kim Hasenkrug, an immunologist at the National Institutes of Health’s Rocky Mountain Laboratories in Montana, wants to test potential treatments for Covid-19 in mice with humanized lungs. But as the Post first reported, the work is being held up by officials at the Department of Health and Human Services due to a 2019 ban on NIH scientists using donated fetal tissue from abortions in their research.

While fetal tissue isn’t typically used to develop actual therapies or treatments, it has one particularly key use for researchers: the ability to create mice with human tissue suitable for medical testing. Mice, generally, have similar immune systems to humans, making them particularly useful for early medical testing.

Humanized mice have been key to developing several important medical treatments for diseases like the Zika virus or HIV/AIDS, which was Hasenkrug’s previous research focus. The calculation is simple. You can’t test certain treatments without humanized mice, and you can’t get humanized mice without fetal tissue.

“There are, of course, many avenues of research using other kinds of tissue, but fetal cells can rapidly divide, grow, and adapt to new environments in ways that make them the gold standard for some disease research. And in other research areas, we don’t yet know if there is anything that could substitute,” R. Alta Charo, professor of law and bioethics at the University of Wisconsin at Madison, wrote in the New England Journal of Medicine in 2015.

And as the Post’s Goldstein noted, scientists have already shown that humanized mice could make good test subjects for coronavirus treatments specifically:

Just months ago, before the new coronavirus began to infect people around the world, other U.S. scientists made two highly relevant discoveries. They found that specialized mice could be transplanted with human fetal tissue that develops into lungs — the part of the body the new coronavirus invades. These “humanized mice,” they also found, could then be infected with coronaviruses — to which ordinary mice are not susceptible — closely related to the one that causes the new disease, Covid-19.

Outside researchers have offered the mice to Hasenkrug for coronavirus research. But so far, Hasenkrug and other government researchers haven’t been allowed to obtain the mice they need to perform testing, the Post reported, thanks to a June 2019 HHS directive banning fetal tissue research for those employed by the government.

Caitlin Oakley, a HHS spokesperson, told the Post that “no decision has been made” about Hasenkrug’s request. A separate HHS spokesperson confirmed that in a statement to Vox.

The spokesperson also pointed to an HHS statement from last June detailing the administration’s policy on fetal tissue research. “Promoting the dignity of human life from conception to natural death is one of the very top priorities of President Trump’s administration,” reads the statement.

Hasenkrug, and the potentially millions of Americans who may benefit from his research, now find themselves caught in a deeply divisive political issue that’s been years in the making.

The US government had funded fetal tissue research efforts since the 1950s — and for nearly as long, anti-abortion activists have opposed the practice.

In the Trump era, they finally found an administration ready to listen.

In 2018, the US government spent $115 million on about 173 research projects utilizing fetal tissue, a third of which were devoted to developing therapies for HIV/AIDS.

“Research using fetal tissue has led to the development of vaccines such as those for polio, rubella, and measles,” the International Society for Stem Cell Research (ISSCR) said in a statement last September. “Fetal tissue is still helping advance science, with research underway using cells from fetal tissue to evaluate conditions including Parkinson’s disease, ALS, and spinal cord injury. Fetal tissue is also necessary for the development of potential treatments for Zika virus and HIV/AIDS.”

But anti-abortion activists argue it incentivizes abortion providers to perform more abortions in order to procure more tissue they could sell to third-party companies, which then provide the tissue directly to researchers. Fetal tissue procurement has been heavily regulated since enactment of the NIH Revitalization Act of 1993, which states that profits cannot be made in the transfer or acceptance of fetal tissue for research purposes.

That hasn’t stopped anti-abortion activists from continuing to call into question the ethics of abortion providers or procurement companies. In 2000, the anti-abortion rights group Life Dynamics seemingly began the practice of releasing false or deceptively edited videos targeting the fetal tissue sales process. The main source in their videos was found to be not credible.

The George W. Bush administration did not take action against fetal tissue research, instead enacting restrictions on stem cell research derived from embryos in an August 2001 executive order. Those restrictions were later rolled back by an executive order from President Barack Obama in 2009.

The videos caught the attention of Republican lawmakers. Investigations by the House Energy and Commerce, House Judiciary, and Oversight and Government Reform committees found no wrongdoing. Further investigations into Planned Parenthood and fetal tissue transfer proceeded with the creation of the Select Investigative Panel on Infant Lives in October 2015, chaired by Rep. Marsha Blackburn (R-TN), leading to $1.59 million in spending and a 471-page final report making numerable anti-abortion recommendations.

Among those requests was a call for the government to ban fetal tissue research by government scientists, which Barack Obama’s administration, which favored the practice, ultimately ignored.

Democrats on the committee released their own report, disputing the conclusions of their Republican colleagues. “At the end of their crusade, the conclusion was undeniable: There was no wrongdoing on behalf of fetal tissue researchers, including Advanced Bioscience Resources, or anyone else in the fetal tissue research space,” said Rep. Jan Schakowksy (D-IL), who served as the ranking Democrat on the select committee, in a statement to Rewire.News in October 2018.

Anti-abortion activists saw an opportunity to advance their agenda on fetal tissue research when President Donald Trump won election in 2016, but it took a conservative media freakout in 2018 to enact new restrictions.

Over the summer of 2018, conservative media focused on several transactions by Advanced Bioscience Resources, a company that procured fetal tissue from abortion providers and shipped it to researchers for use. ABR was also one of the subjects of the 2015 select committee investigation.

HHS decided to cancel the government’s contract with ABR in late September 2018 and began a review of the agency’s rules and processes for procuring fetal tissue for research. That review concluded last summer, with HHS announcing in June that it would ban any fetal tissue studies by in-house NIH scientists, like Hasenkrug. It also introduced strict paperwork requirements for any outside scientists conducting research funded by the government.

The decision came as welcome news to anti-abortion activists. “The language is trying to hold an ethical standard for the research proposals and the research that might be done. The policy is not just about science. It’s also about ethics,” David Prentice, vice president and research director at the anti-abortion Charlotte Lozier Institute, told Science magazine last July.

For his part, Hasenkrug has reportedly asked the Trump administration several times for permission to begin working with UNC’s humanized mice for a coronavirus cure, but is still waiting on permission. Per the Post:

On Feb. 19, two people said, Hasenkrug wrote to a senior NIH official, asking for permission to use those mice and run experiments related to covid-19. He eventually was told that his request had been passed on to senior HHS officials.

Since then, he has written repeatedly to NIH, laying out in greater detail the experiments he wants to undertake and why several alternatives to the fetal tissue-implanted mice would not be as useful. In one appeal to NIH, Hasenkrug wrote that the mice he was offered are more than a year old and have a relatively short time remaining to live, so they should be used quickly, according to Kerry Lavender, a Canadian researcher familiar with the correspondence.

Hasenkrug’s request has reportedly been forwarded to the White House Domestic Policy Council, which is chaired by Trump himself, but the government has not made a decision on the research as of yet.