Covid-19, explained by Carl (who has it) 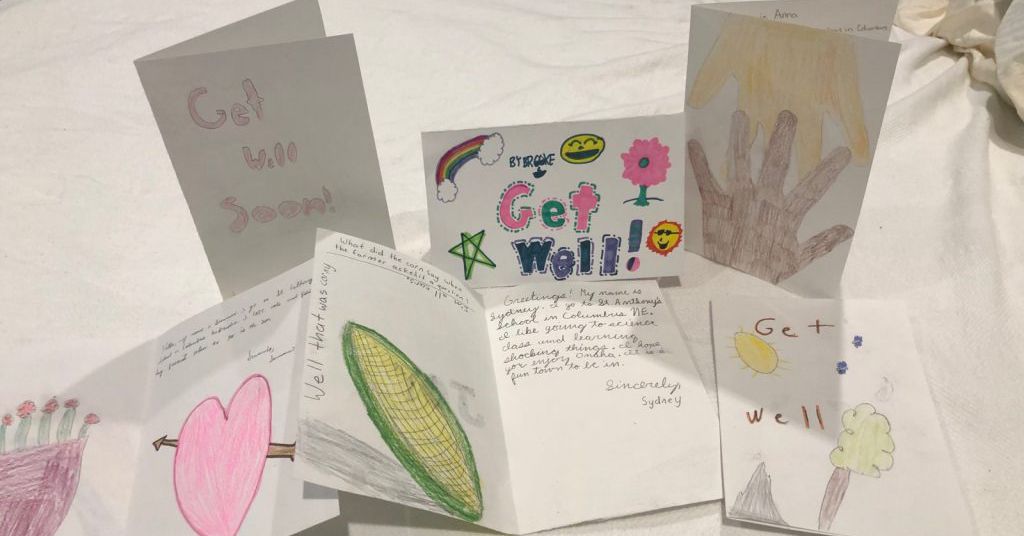 Carl Goldman gifted his wife, Jeri Seratti-Goldman, a combined Christmas and birthday present this year of a trip to Southeast Asia on a Princess Cruise. The Diamond Princess, to be exact.

Along with two of their close friends, he left for Tokyo on January 17 and boarded the ship three days later. On the final day of the sail, the captain announced that a passenger who had left the ship in Hong Kong four days earlier now had the coronavirus. The ship went back to Yokohama Harbor in Japan, Goldman explains on this episode of Today, Explained, so authorities could come aboard and make a decision.

All of us kind of resigned ourselves and said, okay, it’s one day. Japanese health officials had come on board. They took everybody’s temperature. That was about an 18-hour process. They then told us when we woke up the next day, the captain announced that we were not going to be able to leave the ship the next day. And we were now quarantined in our cabins for 14 days.

Later, it became clear that 10 people on the ship had tested positive for Covid-19. After that, Goldman says, began the “daily count” — basically, “the captain coming on to the speaker every day and announcing more and more had the virus.”

Eventually, Goldman was one of the 328 Americans on the ship who got on two cargo planes headed for military bases in the US: the Travis Air Force Base in Fairfield, California, or Lackland Air Force Base near San Antonio, Texas. When he spoke with Today, Explained host Sean Rameswaram from a quarantine facility in Nebraska Medicine in Omaha, he had been there for 16 days. And he tested positive for Covid-19.

Listen to the full episode of Today, Explained — Vox’s daily explainer podcast — to hear Goldman share more about his quarantine experience. In the second half of the episode, Vox’s Kelsey Piper explains “community spread” — when somebody who isn’t caught goes about their life and exposes other people.

Below is a lightly edited transcript of Goldman’s conversation with host Sean Rameswaram.

Subscribe to Today, Explained wherever you get your podcasts, including: Apple Podcasts, Google Podcasts, Spotify and Stitcher. You can check out our guide to news of the coronavirus outbreak here, and listen to other Vox podcasts on the topic here.

Yes, so I was in the epicenter of [the US medical evacuation]. Three hundred of us chose to leave when the State Department and the US Embassy suggested we leave. We were taken by bus over to an airport in Tokyo that had two 747 military cargo planes standing by.

While we were on the bus, authorities learned that some people had the virus. I had been tested two days earlier for the virus, but did not get the results. So I was not one of the group that had tested positive while we’re on the bus. So I did not know I had the virus boarded the plane six hours later. It had already been an all-nighter for all of us. I woke up two hours later with a very, very high fever, 103.

They placed me inside a quarantined area on the plane. I fell asleep and woke up eight hours later when we landed at Travis Air Force Base.

What happened to you next?

Six of us continued on the flight to Omaha. When we got to Omaha, I was taken off the plane, put in an ambulance, [they] took me to a biocontainment area at the hospital and then put me in a room that was sealed off. I was contained in there for 12 days. Anyone who entered my room came in in full hazmat gear, three layers of gloves. On the 12th day, I was healthy enough to be downgraded and released into an area where the other they were 15 of us here in Omaha, 13 have the virus and two have been released. One is my wife. So that’s wonderful. She never had the virus, came out negative with that.

I guess something I’m curious about, Carl, is: How does it feel to have coronavirus? How are you?

What’s weird about this virus is a lot of the symptoms are like a mild cold for me, without any of the drippy nose, no sneezing, no body aches. It was simply a very, very high fever that spiked for about 10 hours, disappeared, came back as a low-grade fever about two days later.

What’s life like now in this facility? How much time do you have to be there? How does this story end for you?

It will end when I eventually go home after testing negative for three days.

So you can just flush coronavirus out of your system?

Yeah, the coronavirus, like the flu or like any other virus, eventually leaves the system. And my body’s immune system fights off the virus and eventually it will get killed off.

I just wonder: Do you think the world is prepared for this, from your experience? Or do you think we’re on the verge of a full-blown catastrophe?

Well, it already is a catastrophe because there are deaths that have happened from this, there’s so much that’s unknown about the virus. When I was put into the biocontainment unit in Omaha, they said there was no antibiotics they gave me. I was given a little bit of ibuprofen to make sure the fever stayed down. And I was given a lot of Gatorade. I joke about that. I’ve been through every single flavor of Gatorade, the full rainbow spectrum, multiple amounts of time to make sure I got hydrated and stay hydrated.

But right now, there is no cure for it. I think we just have to be smart about it. And when I come home, I’m not going to be doing the California hugs and kisses, even though I will not have the virus urging everyone not to do that. We should probably move for a while to the Japanese simple bowing to each other. That might be a good thing.

Once the doctor clears you and you get to go home to California, I wonder: Are you at all fearful that this thing could come back? Or do you have faith that once it’s out of your system, it’s gone forever?

We’re being assured by the CDC that it will be quite some time before the virus can come back to our bodies. They don’t know if we’ve created an immunity forever, but they’ve assured us that we will go many, many, many months still being totally immune to getting the virus.

Absolutely. I’ve been staying positive, making lemonade out of lemons and realizing a lot of this is out of my control. I’ve been posting a daily blog on our radio station’s news website, Hometown Station, and try to show the humorous side to this as well as the serious side, because I believe if you keep a positive attitude, that in itself is a giant healing process.