An investigation into an initiative that grants citizenship to wealthy foreign investors appeared to show lawmakers helping to arrange a passport for a businessman despite being told he was a convicted criminal. …

The small Mediterranean island nation of Cyprus has given citizenship and passports to more than 3,000 foreigners who agreed to invest at least $2 million in the country — a “golden passport” that allowed the holders to travel visa-free throughout the European Union.

But this week Cyprus announced that it was ending the initiative after an undercover investigation by journalists appeared to show two lawmakers helping to arrange a passport for a fictitious businessman, despite being told he had a criminal record.

One of those lawmakers, Demetris Syllouris, the president of Parliament and the country’s second-most powerful official, resigned on Thursday. The other, Christakis Giovanis, resigned on Tuesday, and both men have denied any wrongdoing.

Cyprus was only one of several European countries that turned to offering what became widely known as “golden passports” to attract investments after their economies were crippled in the global economic downturn that began in 2008. In the last seven years, Cyprus has raised over 6 billion euros through the program — about $7 billion dollars.

The Commission is considering possible legal action against Cyprus over the matter, said Christian Wigand, a Commission spokesman.

He said that European officials had “watched in disbelief” as <a class="css-1g7m0tk" href="https://www.youtube.com/watch?v=Oj18cya_gvw" title rel="noopener 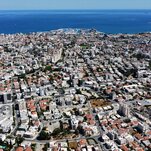