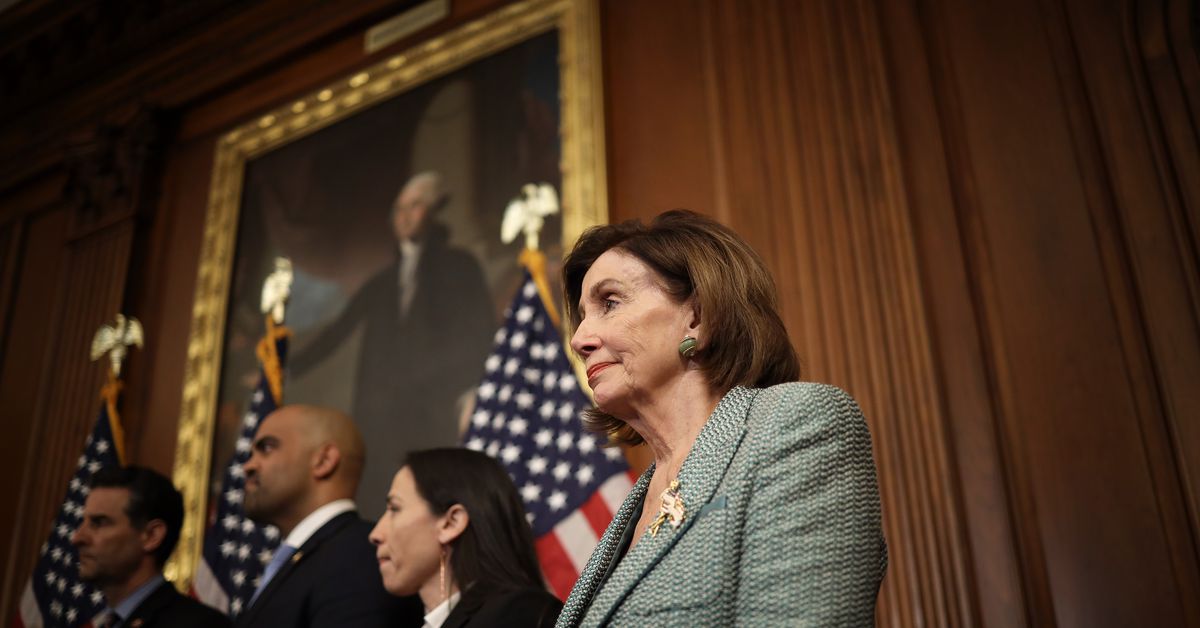 Democrats and the Trump administration finally have a deal on a multi-billion coronavirus stimulus package — which includes paid sick leave, paid leave to care for family members, and mandating free testing — after a long day of negotiations between House Speaker Nancy Pelosi and Treasury Secretary Steven Mnuchin.

Those negotiations were nearly upended when President Donald Trump declared “we don’t think the Democrats are giving enough,” at a White House press conference Friday afternoon, but Trump finally tweeted his support on Friday evening:

I fully support H.R. 6201: Families First CoronaVirus Response Act, which will be voted on in the House this evening. This Bill will follow my direction for free CoronaVirus tests, and paid sick leave for our impacted American workers. I have directed….

The bipartisan bill includes free coronavirus testing for every American who needs it, including the uninsured. It will also provide emergency paid sick leave and expand unemployment insurance, among other things.

“This legislation is about testing, testing, testing,” Pelosi said in a letter announcing the deal. “We cannot fight coronavirus effectively unless everyone in our country who needs to be tested can get their test free of charge.”

But first, passage of this bill: The House is now expected to vote on the multibillion-dollar coronavirus relief package Friday night and send it over to the Senate. (The upper chamber left DC for the weekend, but has canceled its planned recess to take up the coronavirus relief bill on Monday.)

House Republicans were looking to Trump to give them the green light to vote for the bill — which he finally gave on Friday evening. Pelosi and Democrats still had enough votes to pass the bill without Republicans. But they also understood that if the vote was not bipartisan and Trump didn’t support it, Senate Republicans would also shoot it down.

They now have Trump’s support, which means the package is likely to move forward.

In addition to seeking permanent paid sick leave, Democrats had initially included a provision establishing a permanent paid leave program in case of public health emergencies, which would have required businesses to offer 14 days of paid leave to their workers (the provision also would have provided a refundable tax credit for small businesses to assist with costs).

“There are things in there that had nothing to do of what we are talking about,” Trump said Thursday. “It is not a way for them to get some of the goodies they haven’t been able to get for the last 25 years.”

Trump appeared to still be fixated on the idea of a payroll tax cut on Friday — something he has been floating for the past week. Democrats objected because the payroll tax cut would likely benefit only companies and a subset of workers, and would not help those already laid off due to the coronavirus and its economic impact. A senior House Democrat called the idea a “nonstarter,” and even members of Trump’s party expressed skepticism that a payroll tax cut would be effective.

Here’s are the main provisions of the House relief package, according to Pelosi’s letter.

Timeline and what could come next

As the House prepares to pass the bill Friday evening, the Senate has left Capitol Hill for the weekend. That means the full Congress won’t pass this bill until Monday at the earliest, unless Senate Majority Leader Mitch McConnell calls senators back early.

On Thursday, McConnell canceled a previously scheduled Senate recess slated for next week to vote on the bill. But time is of the essence with a rapidly spreading virus, especially since this bill deals with things like free coronavirus testing. Public health officials fear even a few days of delay could hurt the country’s overall response.

Even after this bill is passed, Congress’s response to the coronavirus is far from over. In her remarks to reporters and her letter to House members, Pelosi mentioned there would be future bills to help combat the crisis “to protect the health, economic security and well-being of the American people.”

These could be more economic stimulus measures targeted toward industries hit hard by the coronavirus, including the travel and airline industries, Mnuchin said during his CNBC interview. The White House is also considering temporarily suspending student loan payments for three months, Mnuchin added.

“That’s on our list of 50 different items we’re bringing to the president for a decision, so that will be something we’re looking at,” Mnuchin said.