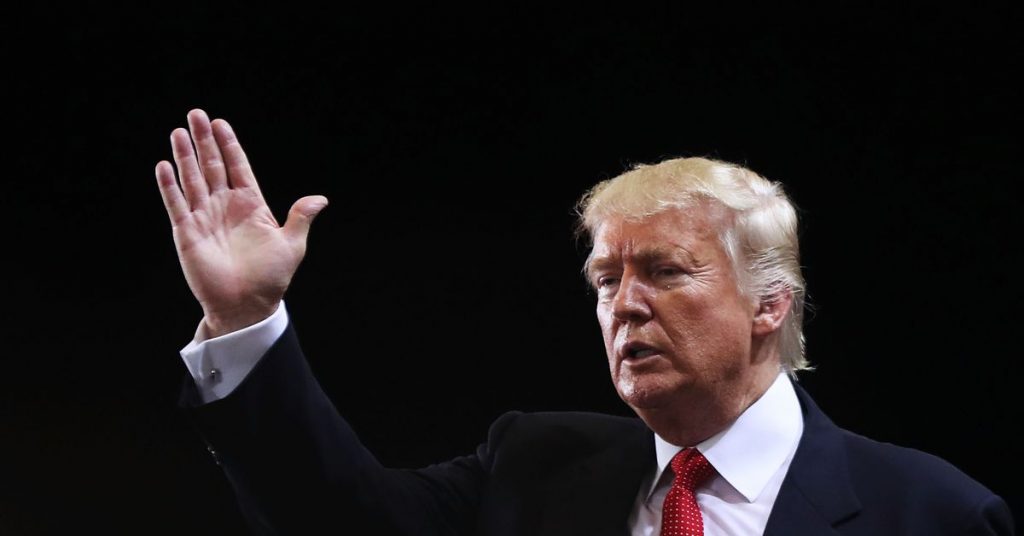 The president retweeted a video from Deep State Exposed, an alt-right account that contains numerous Islamophobic tweets and conspiracy theories, including some linked to QAnon. The account’s author, Jeremy Stone, mentions in his Twitter bio that the president has retweeted him nine times.

As Vox’s Jane Coaston explained, QAnon is a tangled group of conspiracy theories that include claims prominent Democrats are secretly being monitored, North Korean leader Kim Jong Un is a CIA asset, and that President Trump is leading a hidden war against a pernicious, powerful, and hidden “deep state” working to abuse children and enslave the American people.

In the tweet retweeted by the president Saturday, Stone falsely claimed, “The ‘elite’ proclaim America must submit to Islam or else.”

This isn’t the first time Trump has shared Islamophobic content. In 2017, he retweeted three anti-Muslim propaganda videos that had been originally posted by Jayda Fransen, a leader of a far-right British political party called Britain First. More recently, the president posted an edited video to Twitter that tried to link Rep. Ilhan Omar (D-MN) to the 9/11 attacks. Omar reportedly received death threats as the video went viral.

Trump’s other retweets defended members of the far-right who have either seen their social media accounts suspended or who have been outright banned in recent days.

Paul Joseph Watson, an editor of the alt-right website Infowars, was banned from Facebook on Thursday along with the site’s leader, Alex Jones. Watson is perhaps best known outside of alt-right circles for tweeting a video White House press secretary Sarah Sanders used in trying to ban CNN’s Jim Acosta from press briefings in November 2018.

Friday, Watson complained about being banned from Facebook and Instagram, which Facebook owns, and included a link to a YouTube video in which the editor lambasts the tech giant while claiming citizens’ First Amendment rights are being eroded. Trump retweeted this jeremiad Saturday.

Or giving a handful of giant partisan corporations the power to decide who has free speech?

The president once again attacked news organizations he has been critical of in the past, calling out the Washington Post, New York Times, MSNBC, and CNN by name. Just before doing so, however, he retweeted an analyst for the pro-Trump conservative media group Sinclair Broadcasting, Sharyl Attkisson, who echoed Watson’s concerns about censorship.

When did we decide, as Americans, that it’s ok fo govt & 3d parties to censor/ curate our info? That we cannot be trusted with unfiltered info? That we shd only be able to find info that *they* tell us is true on matters that are opinion or in legitimate dispute? #SlipperySlope

Picking up on the theme of a “slippery slope,” as Attkisson put it, alt-right Canadian blogger Lauren Southern’s presidential retweet argued the bans of alt-right figures are just the beginning.

Lmao at establishment conservatives who think they won’t be labeled the new “dangerous” / “extremist” voices when those to the right of them are all banned. Good luck with that one guys

As Vox’s Emily Stewart explained, figures on the right have long argued Facebook and other social media companies are unfairly targeting them:

Conservatives have for quite some time complained that they’re being censored by social media, and Facebook has struggled to respond. Part of that stems from a 2016 Gizmodo story citing a former Facebook journalist who said workers at the company routinely suppressed news stories of interest to conservative readers. Since then, Republicans and Silicon Valley have engaged in a back-and-forth where conservatives accuse platforms of bias and companies bend over backward to show that’s not the case. After the Gizmodo story broke, Facebook CEO Mark Zuckerberg met with conservative leaders to discuss how the social network handles conservative content.

Before pivoting to discussions of the economy, Trump had one final retweet: missives sent by Mindy Robinson, host of the right-wing show Red, White, and F You: Unapologetically Patriotic.

Robinson complained about the suspension of conservative actor James Woods from Twitter. Woods’ partner tweeted in April that the actor’s account had been suspended for sending a tweet reading: “If you try to kill the king, you better not miss. #HangThemAll.”

As Robinson notes, Woods paraphrased Emerson; however, as she neglected to note, the second part of the actor’s tweet could be seen as a violation of Twitter’s rules on violent speech.

Many Twitter accounts feature the disclaimer: “Retweets do not equal endorsements.” The president’s account does not feature any such language, and while a tweet he sent Saturday afternoon avoided the sort of bigoted content seen in some of the accounts he retweeted in the morning, it was clear the president was building to a larger point in sharing the tweets of these alt-right and conservative figures:

How can it be possible that James Woods (and many others), a strong but responsible Conservative Voice, is banned from Twitter? Social Media & Fake News Media, together with their partner, the Democrat Party, have no idea the problems they are causing for themselves. VERY UNFAIR!

In tying together social media companies, the media, and Democrats, the president was able to attack three of his habitual targets, and worked to reinforce the idea that all three are against him and his supporters, lending even more presidential credibility to the messages he tweeted in the morning.