Jean-Luc Brunel was arrested at an airport near Paris by French authorities investigating possible sex crimes committed by Jeffrey Epstein and his associates. …

PARIS — A former modeling agent and associate of the financier Jeffrey Epstein was arrested at an airport near Paris this week as part of an investigation into allegations of rape and sexual assault, including against minors, French prosecutors said on Thursday.

The agent, Jean-Luc Brunel, a Frenchman born in 1946, was arrested on Wednesday just north of Paris at the Roissy-Charles de Gaulle airport. The investigation into his activities also involves charges of sexual harassment and child trafficking, the Paris prosecutor’s office said.

The investigation is part of a broader inquiry that Paris prosecutors opened in August 2019 to uncover any potential offenses committed either in France or against French victims abroad in connection with the scandal involving Mr. Epstein, who was accused in the United States of sexually abusing and trafficking dozens of girls over extended periods of time.

Mr. Epstein, who killed himself in a Manhattan jail cell last year at the age of 66, owned an apartment on Avenue Foch, in an upscale Parisian neighborhood, and traveled regularly to France.

Several models have also accused Mr. Brunel of sexual offenses in France, and prosecutors declined to say if he was also being questioned about those accusations.

At least one of Mr. Epstein’s accusers has said that Mr. Brunel used his position as a modeling scout to procure minors for the billionaire, who once socialized with politicians, celebrities and Wall Street executives.

The investigation in France is still in a preliminary stage, and no one has been formally charged. Under French law, Mr. Brunel can be questioned by the police for up to 96 hours, depending on the charges being pressed, before 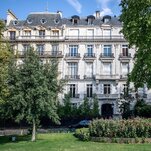