Finally, the second trailer for Detective Pikachu. Finally, the dawn of a new era for humanity! 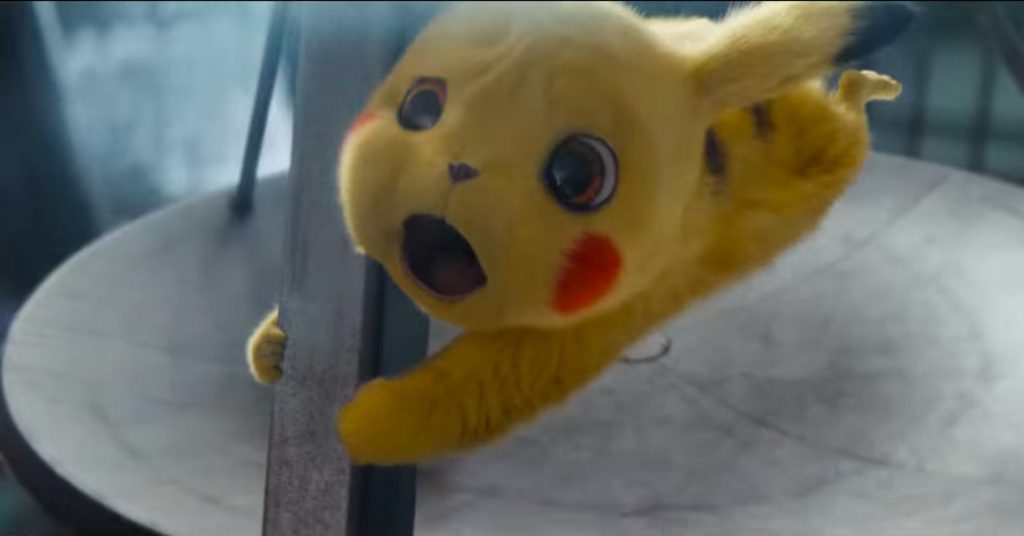 The movies that push this artform we call “the cinema” forward aren’t always obvious from afar. Did anyone know Citizen Kane would change the language of how films are shot and edited? Was The Godfather, based on a disreputable potboiler and plagued with production problems, on anyone’s radar when it first hit theaters? Remember how 20th Century Fox had next to no faith in Star Wars?

And yet sometimes you can see a future cinematic classic coming from so far away that you add a Google calendar invite for yourself and everyone you know on the evening of Thursday, May 9, 2019, which reads, “Attend first public screenings of Detective Pikachu.” (The film officially opens Friday, May 10, but you wouldn’t wait a whole day to see it, would you?)

The newly released second trailer for this upcoming masterpiece will show you why such GCal reminders are so important. It offers slightly more context than the film’s divisive first trailer as to why Pikachu has become a detective, just what he’s looking for, and how he can communicate with his movie’s lead human character, Tim Goodman (Justice Smith). You’ll also get to see lots and lots of other photorealistic Pokémon, including a Charizard and a Mr. Mime. (I just found out there is a mime Pokémon, which is great. Great.)

Detective Pikachu, based on Nintendo’s beloved Pokémon characters and the idea that Pikachu could be a detective if he just put on a deerstalker cap and really set his mind to it, stars Ryan Reynolds as the voice of the little yellow lightning beast. Yes, Reynolds is first-billed in this film, even though all he does is play Pikachu. The way he delivers the line “Pika pika” is filled with pathos, even Reynolds skeptics will admit.

Reynolds has even posted a video on “his” YouTube account where he “gets into character.” It’s promotional fluff, but it’s good promotional fluff! Blake Lively even shows up, and I hate that I’m really starting to like her.

Anyway, be sure to watch this Detective Pikachu trailer so you can always remember the day in late February 2019 when you first understood that the 2020 Oscar Best Picture race was already over. Because it makes an extremely strong case that, when Meryl Streep opens that envelope in a little under a year, the words Detective Pikachu will be on her lips, as all of Hollywood, all of Los Angeles, all of the world erupts in a thunderous ovation, our lives given meaning again by the little, the yellow, the different.

Detective Pikachu officially opens Friday, May 10, but there will be early screenings the evening of Thursday, May 9. It’s important to set a GCal event now, but also make sure to set a reminder for April 26 that reads, “Buy Detective Pikachu tickets.”