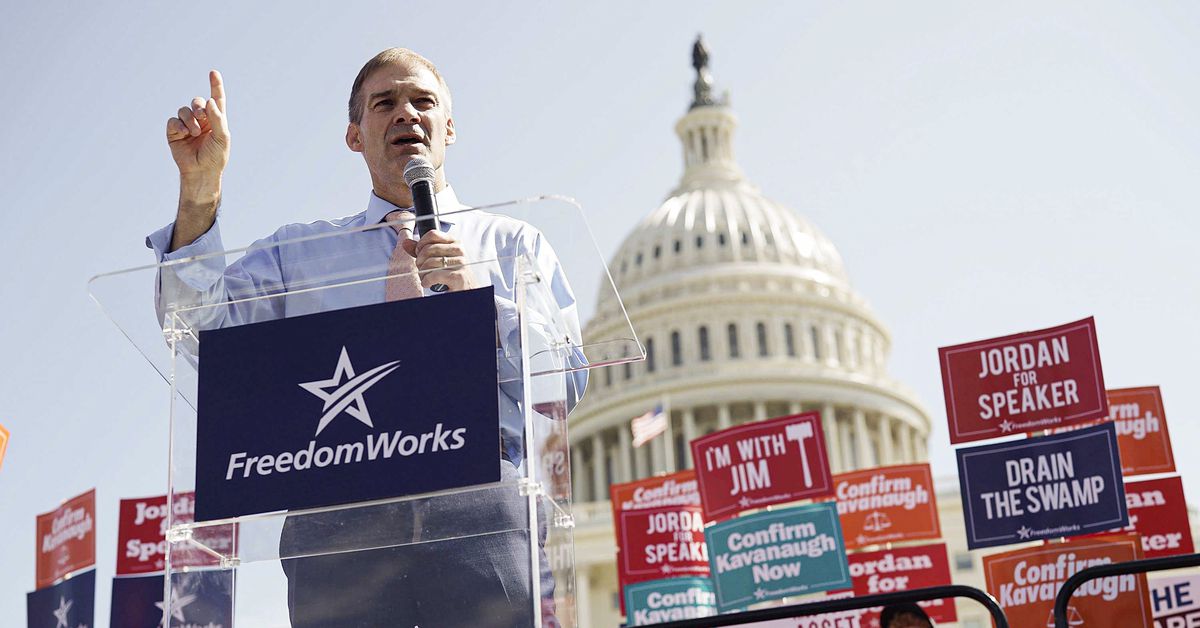 FreedomWorks, a conservative-leaning organization best known for its support of the Tea Party movement and its longtime opposition to government bailouts, has applied for a Small Business Administration loan through the Paycheck Protection Program, Congress’s emergency response to the economic downturn.

The loan is to support the group’s foundation arm.

As first reported in the New York Times, nonprofit groups are permitted to apply for SBA loans intended to prop up struggling businesses in the wake of the coronavirus pandemic. Those nonprofit groups include the FreedomWorks Foundation. The Times quoted FreedomWorks President Adam Brandon as saying, “I would love someone to give us free cash.”

A provision in the legislation, which socially conservative organizations recommended to Republican lawmakers, made clear that certain nonprofit groups could apply as well. The provision opened the door for taxpayer funding to subsidize well-connected organizations that are part of the political fray in an election year. And at least a few groups — on both sides of the political spectrum — decided to apply, so far with mixed results.

The Congressional Progressive Caucus Center’s application for a $160,000 loan is awaiting resolution, as is FreedomWorks Foundation’s request for $300,000, according to officials at the groups.

FreedomWorks has long opposed federal bailouts, describing the Emergency Economic Stabilization Act of 2008 as “unconstitutional.” In response to the passage of the Phase 3.5 bill earlier this week, FreedomWorks’ Jason Pye said, “The line has long been crossed. No more spending. Period. At this point, we should be focused on reopening the economy and getting Americans back to work.”

And as I reported earlier this week, FreedomWorks is connected to many of the anti-stay-at-home-order protests taking place across the country. For example, in Wisconsin, the main anti-shutdown group, Open Wisconsin Now, was organized by the Committee to Unleash Prosperity and by FreedomWorks.

While FreedomWorks is best known for the actions taken by the group’s political side, the FreedomWorks Foundation — aimed, according to its website, at “educat[ing] and empower[ing] Americans with the principles of individual liberty, small government, and free markets” — is eligible for an SBA loan.

According to its 2018 990, the FreedomWorks Foundation had roughly $1.1 million in total assets at the end of 2018. Brandon, the FreedomWorks president, told me the group chose to apply for the loan because “it’s responsible to explore all options.”

“We had to cancel our annual fundraiser because of the shutdowns, and that is [a] big blow to our fundraising,” Brandon said over text message. “My quote [in the New York Times] was out of context and I was being sarcastic since we will not get that opportunity for our fundraiser until next year.”

He reiterated that only the Foundation would receive PPP support and said, “I think it’s responsible to explore all options. We have no idea how long these shutdowns will last. We’re in a good position now with reserve funds, but I have no idea what the world looks like in six months if the lockdowns continue.”

I asked him if he saw any contradiction between FreedomWorks’ previous opposition to government bailouts and their decision to apply for and take an SBA loan. He said, “No,” adding, “It’s like when your land gets taken, you get compensation. It’s a takings issue. The moral hazard is when you get bailed out for negligent behavior.”