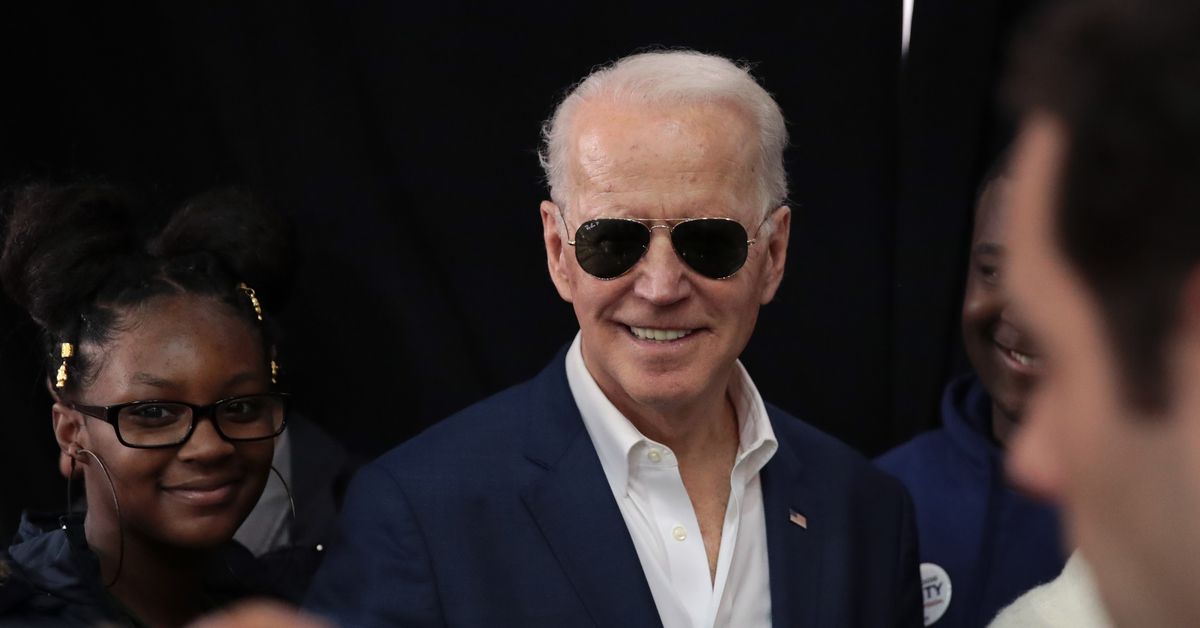 Former Vice President Joe Biden expects to win the South Carolina Democratic primary, and in the days leading up to that contest, his candidacy has received a number of significant boosts, from strong polling to endorsements. All of this has come just in time for the first contest in which the former vice president is a serious contender — and just ahead of Super Tuesday.

After Tuesday’s debate in Charleston, South Carolina, Biden’s campaign raised $2 million in four days. More than half of that was brought in the day after the debate, when he raised more than $1.2 million.

Unite the Country, a Biden super PAC, has also had successful days of fundraising of late, bringing in $2.5 million last Thursday — a haul that led to a last minute seven-figure ad buy in a number of Super Tuesday states.

Beyond fundraising, Biden has also racked up some high-profile endorsements recently. On Wednesday, Rep. James Clyburn, a powerful Democrat in Congress who is seen as a kingmaker in South Carolina, officially endorsed Biden. James Costos, a former HBO executive and prominent Democratic fundraiser, announced on Friday that he’d be throwing his weight behind the former vice president.

All of this amounts to a significant turnaround for a campaign that saw disappointing results in the first three primary contests. It was an especially positive sign going into South Carolina, where Biden has been the clear frontrunner and where a strong finish could revive a lagging candidacy.

Such a finish would be a particular boon coming only three days out from Super Tuesday, when 14 states, one territory, and Democrats living overseas will hold their nominating contests — with 1,344 delegates on the line. And it would send a clear signal about Biden’s ability to stay in the race even after a disappointing start.

After finishing fourth in Iowa and fifth in New Hampshire, Biden got a small lift from a distant second place finish in the Nevada caucuses. Heading into South Carolina, where he is popular among African American voters (who make up two-thirds of the primary electorate), RealClearPolitics’ polling average put him more than 12 points ahead of Vermont Sen. Bernie Sanders.

These strong numbers, along with his renewed financial support, have left the former vice president expressing confidence in the primary’s results.

From there, he added, “it’s a straight path to the nomination for president of the United States of America.”

Money isn’t everything, but it helps out in tight contests

Campaign finance experts have long argued about how important money is to establishing a successful presidential campaign. Barack Obama’s 2012 race, for instance, while not lacking for funds, showed the relative value of an enthusiastic electorate and savvy social media strategy even when up against a well-funded opponent. And Tom Steyer’s candidacy this race is a clear sign that simply being a billionaire isn’t necessarily enough to propel you into frontrunner status.

But money can move the needle to a certain extent: just see, as an example, the candidacy of former New York City Mayor Michael Bloomberg. While not the frontrunner, he has managed to poll well enough to be invited to participate in debates, and is now in third place nationally, primarily thanks to having dropped a half billion dollars of his own money on his campaign. His campaign announced on Friday that it had spent $505.8 million on advertising since joining the game in November. That’s double the previous primary spending record.

Bloomberg aside, it’s one thing to put money where voters are; it’s another thing to run the kind of campaign that has voters putting money where you are. Campaigns like those of Rep. Alexandria Ocasio-Cortez and Rep. David Brat, the Tea Party challenger to then House leader Eric Cantor, are a classic example of this: the total money raised was less significant than the number of donors and the enthusiasm that inspired them to chip in.

In this respect, Sanders is the candidate to watch: he has raised more than any of his opponents, pulling in more than $121 million to date and only from individual donors.

So a big, funding boost for someone like Biden, whose campaign seemed to be spiraling downward, means more than just increased ad-buying power. It also signals to voters that he’s still a viable candidate. Fundraising support begets fundraising support; that’s why campaigns are always so eager to share their numbers after a strong debate performance, for example.

But in a race that also includes two billionaires (and a looming general election race where the incumbent president has cash to burn, too), a viable candidate is going to need both what money represents and what money actually buys. Biden’s super PAC funds, announced last week, for example, immediately went towards buying up ads all over Super Tuesday states.

That ad buy came after the same super PAC, Unite the Country, spent $4.5 million in Iowa, where Biden’s poor performance led some supporters to consider jumping ship. It’s clear that a solid showing in an important state like South Carolina will have them, and their checkbooks, reconsidering — at least for now.