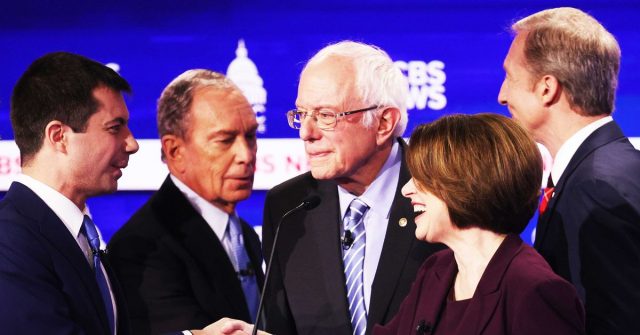 Candidates on the debate stage were markedly rowdier on Tuesday — and they weren’t the only ones. Throughout the night, the audience seemingly was, too.

In moment after moment, including when Sen. Bernie Sanders pressed former New York City Mayor Mike Bloomberg on the overwhelming support he receives from billionaires, the audience responded effusively with boos. Notably, in several instances, the reaction seemed to favor Bloomberg, who was once again confronted by multiple candidates over issues including “stop and frisk” and alleged sexist comments.

The apparent support for Bloomberg from the crowd raised questions about whether there was an outsized presence of his supporters in the audience, given the extensive cheers he seemed to garner at the event compared to the Nevada debate. Speculation on Twitter was only amplified by a local news article that went viral, which claimed tickets started at a whopping $1,750 to $3,200 for donors looking to sponsor a package of events, including the debate. An update was later published to indicate that these ticket options were removed from the Charleston County Democrats’ website.

Bloomberg’s campaign has made clear that it did not pay any supporters to participate in the audience, and a spokesperson told Vox that each candidate was given an equal number of tickets for the event by the Democratic National Committee. Before the debate, Bloomberg sent a list of guests he invited, which ranged from former Baltimore Mayor Stephanie Rawlings Blake to Reverend Sharon Risher, a gun violence survivor.

According to the Charleston County Democratic Party, tickets for the debate were extremely limited and allocated by organizers of the debate, including the DNC. During past debates, such as the one that took place in Miami, Florida, last year, donors were able to purchase sponsorships for access to the debate night and related receptions, and many wondered whether a similar arrangement may have been what gave the audience a pro-Bloomberg vibe. The South Carolina Democratic Party, which had access to some of the tickets for the evening, said explicitly that it did not sell individual tickets.

Here’s what we know about how tickets were distributed for Tuesday’s South Carolina debate.

What we know about how tickets were allocated

Per @JoshNBCNews: A Bloomberg campaign official says the campaign did *not* pay people to attend the debate and cheer for Bloomberg.

Let me give you the facts: The tickets were divided up between the DNC, campaigns (with equal allocation), SC Dem Party, CBCI, CBS and Twitter. We invited local and community leaders, and DNC supporters. This is the most diverse audience. https://t.co/KB1qRWePa6

Out of the nearly 400 tickets that we were able to allocate for this evenings debate, we welcomed hundreds of activists, county party leaders, community leaders, State Representatives, State Senators, candidates, & elected officials from every level of government in SC at no cost

Outstanding questions we still have