How Can I Tell My Friend to Get It Together?

She’s going through a divorce and a custody battle, and seems to be drinking during the day. …

I went to pick up my child from a school activity. (The kids are masked and grouped in small pods.) While waiting, my friend approached my car. She was obviously tipsy; even my younger child noticed how oddly she spoke and acted. I know she has a history of problem drinking. She’s also going through a contentious divorce and custody dispute. I didn’t say anything to her about driving with her child in the car, which I now regret. (She can be loud and aggressive.) I worry about her, her kids and how her drinking may jeopardize her custody battle. My husband and I have moved our child’s activity so we won’t have to deal with this again. Is there anything else I can do?

Your friend sounds messy. Two notes of caution, though: You say she was “obviously tipsy,” but do you know that for sure? (It’s important to get the facts straight here.) If you’re right, changing your child’s schedule is no solution. This woman is still driving her child, and herself, under the influence.

I think you have a duty to intervene. Keep it focused on what you saw. You may not have firsthand knowledge of her past drinking, divorce or custody dispute. But you watched her child get into her car while you believe she was drunk.

If you witness this behavior again, say matter-of-factly: “You seem to have had too much to drink. I’ll drive you both home, and you can pick up your car tomorrow.” If she resists, tell her: “I won’t have your child’s safety on my conscience.” If she continues to refuse, you may threaten to call the police, but let’s hope it doesn’t come to that. 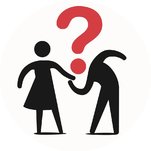