How to Keep Internet Trolls Out of Remote Workplaces

When companies move all employee communications online, they face the same problems as the rest of the internet. But they don’t have to let bad behavior seep in. …

To hear more audio stories from publishers like The New York Times, download Audm for iPhone or Android.

Gustavo Razzetti, who gets hired by companies to improve their work cultures, has noticed a change since the pandemic began last year: more political brawls, more managers losing control of their employees, a curious mix of hyper-engagement and lack of empathy.

“Employees are turning their cameras off, hiding behind avatars, becoming disrespectful,” said Mr. Razzetti, whose consultancy is called Fearless Culture. “They’re being aggressive among each other.”

likely no going back: Nearly half of the U.S. labor force is working from 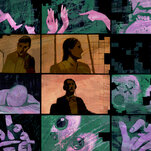