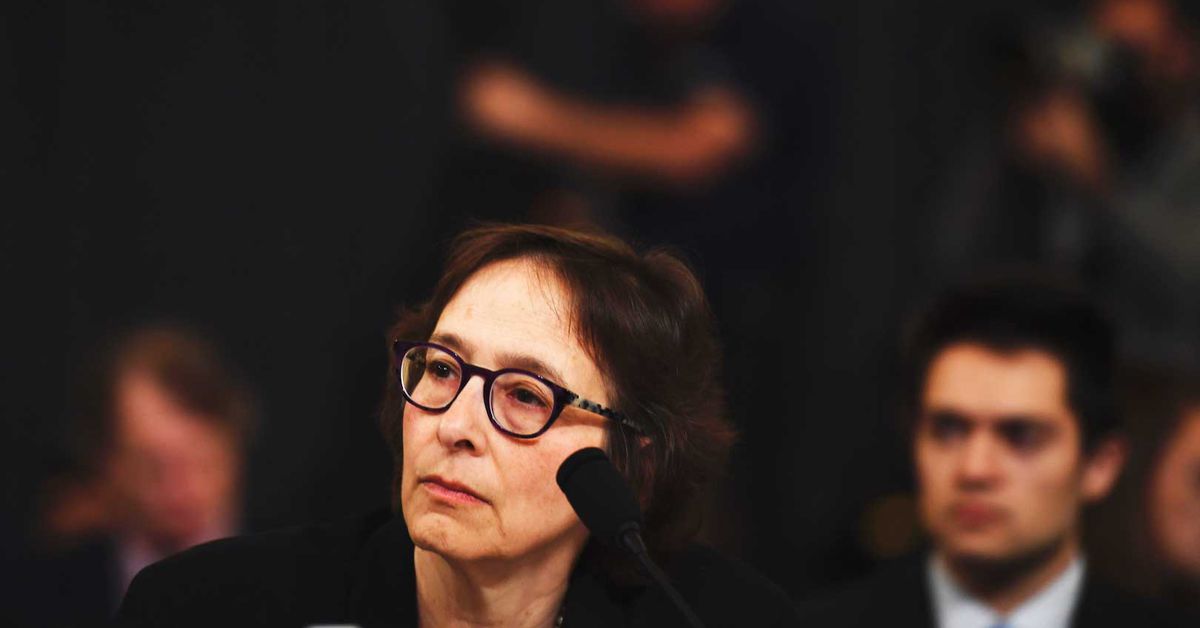 President Donald Trump’s frustration with Democratic governors who have the temerity to criticize his administration’s flailing response to the coronavirus isn’t just leading him to post sour tweets about them. It’s also reflected in disparities surrounding which states are receiving the medical resources they need to keep patients alive and health care workers healthy.

That trial, you might recall, was all about Trump’s abuses of power as it pertained to his efforts to leverage foreign aid to Ukraine into investigations of his domestic political foes. While the details underpinning that scandal may have seemed obscure to many Americans, Karlan in December sounded an alarm about what Trump’s behavior could entail in the event of a domestic crisis like the one the country now faces.

Referring to Trump’s effort to use congressionally appropriated foreign aid as a quid pro quo for political favors, Karlan asked members of Congress to think about what it would look like if Trump subjected governors to similar treatment.

“Imagine living in a part of Louisiana or Texas that’s prone to devastating hurricanes and flooding,” Karlan said. “What would you think if you lived there, and your governor asked for a meeting with the president to discuss getting disaster aid that Congress has provided for. What would you think if that president said, ‘I would like you to do us a favor. I’ll meet with you, and I’ll send the disaster relief, once you brand my opponent a criminal.’ Wouldn’t you know in your gut that such a president had abused his office?”

The professor’s point was that while Trump using his public office to try and force the Ukrainian government may not seem like an obvious abuse of power to some Americans, it clearly would in a hypothetical situation where he dealt with their elected officials in the same manner.

Pamela Karlan: “What would you think if, when your governor asked the federal government for the disaster assistance that Congress has provided, the President responded, ‘I would like you to do us a favor.’ I’ll… send the disaster relief once you brand my opponent a criminal.” pic.twitter.com/J96FY30k3y

Unfortunately, less than four months after Karlan uttered those words, the hypothetical she outlined has come uncomfortably close to reality. But instead of wanting Democratic governors to investigate the Bidens, Trump is demanding they refrain from saying bad things about him.

Trump is playing with two sets of rules: One for governors who support him and another for ones who don’t

During an interview with Fox News last Tuesday, Trump responded to Democratic governors like Chris Cuomo (NY), Gretchen Whitmer (MI), and Jay Inslee (WA) criticizing the inadequacy of the federal coronavirus response effort by describing his relationship with blue state leaders as “a two-way street.”

Last Friday, Trump took things up a notch by telling reporters he had directed the official running the White House’s response effort, Vice President Mike Pence, to not call Inslee and Whitmer — even as hospitals in each of their states approached the point of being overwhelmed by coronavirus cases — because they aren’t “appreciative” enough of his efforts.

This is more than just rhetoric. On Wednesday, the Washington Post reported that while staunch Trump ally Florida Gov. Ron DeSantis (R) “promptly” received all of the supplies he asked for from the federal government, states with Democratic governors such as Wisconsin, Illinois, and Massachusetts (not to mention New York and Michigan) were not having the same luck. It’s not clear that Trump’s political grudges are driving that disparity, but the Post reported some officials are “wondering whether politics is playing a role in the response.”

Asked about his disparate treatment of Florida (a state that’s crucial for his reelection hopes) and Massachusetts (a state he won’t win in 2020) during a news conference on Monday, Trump dodged.

REPORTER: Florida has reportedly had 100% of their requests for supplies from the national strategic stockpile filled but Massachusetts has not. Why is that?

TRUMP, dodging: “I was on the call yesterday with the governors & they were happy with the job we are doing” pic.twitter.com/5PHJG25C7m

Tellingly, on Thursday, Trump took to Twitter to attack New York for allegedly getting off to “a late start” in its coronavirus response efforts. But Trump has had no such criticism for DeSantis, who belatedly issued a state-at-home order on Wednesday — nearly two weeks after Cuomo did — as coronavirus cases in his state exploded. Nor has he criticized any Republican governor in the way he’s gone after Democratic ones.

Ideally, the president of the United States would carry out his duties regardless of whether or not he views people impacted by them as on his political team. This president, however, seemingly can’t help himself from using official acts to advance his own ends.

Karlan tried to warn the nation about this in December. Ultimately, Republican senators didn’t listen. And now, Americans in blue states that could really use some lifesaving help from the federal government are living with the consequences.