Idlib, Syria, is in crisis. An airstrike on Turkish troops may make it worse. 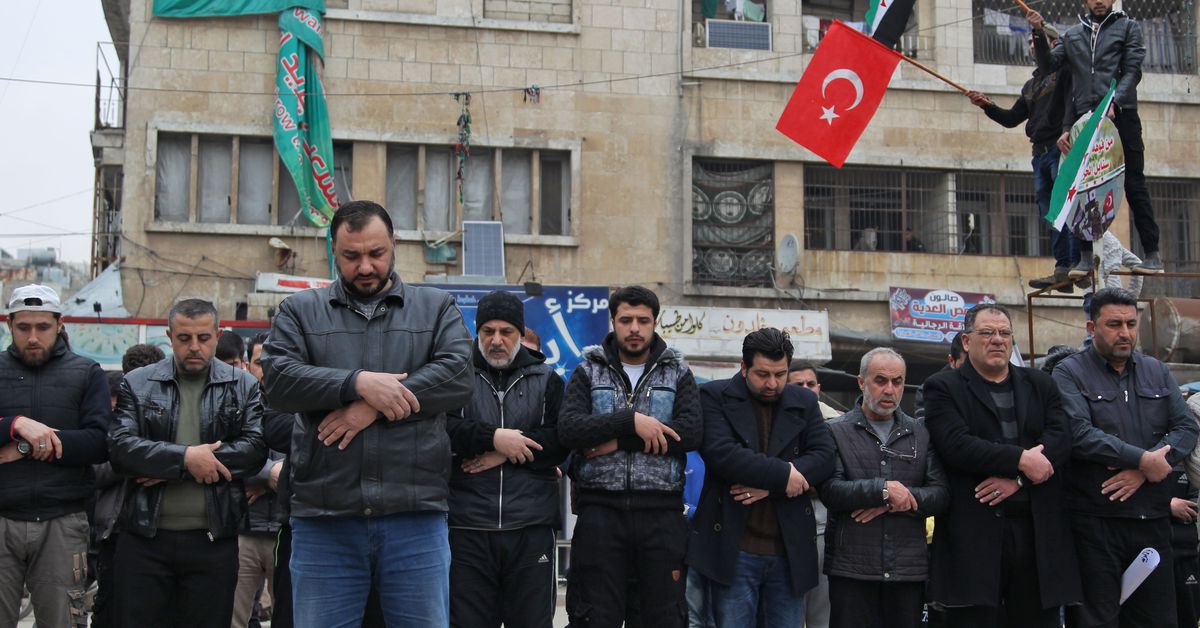 At least 33 Turkish soldiers were killed by a Syrian government strike on Thursday, a dangerous escalation in a conflict that is already creating a humanitarian catastrophe in Idlib, Syria.

Idlib province in northwestern Syria is the last rebel-held portion of the country. Syrian President Bashar Al-Assad is attempting to wrest it back by force, with the backing of Russia from the air.

Turkey, which backs some of the anti-Syrian government rebels, is on the opposite side of the offensive. And Assad’s advance from the south and east toward Turkey is increasingly drawing the two sides closer to an open conflict that would have an astonishing human toll.

That’s why the Syrian strike was so provocative. It puts pressure on Turkish President Recep Tayyip Erdoğan to respond, and also risks a confrontation not just between Turkey and Syria, but also between Turkey — a US NATO ally — and Assad’s benefactor, Russia.

It would also dramatically intensify the humanitarian catastrophe in Idlib. Assad’s offensive has displaced nearly 1 million people since December 1, 2019, and the vast majority are being pushed to an ever-smaller area in Idlib province close to the Turkish border.

“Time is running out! The murderous regime has attacked civilians and our soldiers on the ground. We have & will continue to respond,” Fahrettin Altun, an Erdoğan spokesperson, wrote on Twitter.

Later on Friday, Altun said on Twitter that Erdoğan and Russian President Vladimir Putin had agreed to meet “face to face” in the coming days to try to find a resolution.

But Turkey is also desperately seeking help from its NATO allies. At Turkey’s request, NATO members met for an emergency meeting Friday. Alliance members condemned the Syrian airstrike and reiterated their support for a ceasefire. But no NATO allies are stepping forward with significant support to help Turkey directly or militarily.

Sen. Lindsey Graham (R-SC) has recently proposed having the US military institute a no-fly zone over Syria. “The world is sitting on its hands and watching the destruction of Idlib by Assad, Iran, and the Russians,” Graham, a close ally of President Donald Trump, said in a statement Thursday.

“I am confident if the world, led by the United States, pushed back against Iran, Russia, and Assad that they would stand down, paving the way for political negotiations to end this war in Syria,” Graham added.

But it seems unlikely that the Trump administration, which has shown little appetite for intervening in Syria beyond a narrow mission to defeat ISIS, is eager to get deeply involved. Right now, the administration is trying to get out of wars, not enter new ones.

Turkey also appears to be putting pressure on Europe by threatening to open its borders and allow refugees to flee to Europe — an attempt to raise the specter of the 2015 migrant crisis to get European governments to respond.

The humanitarian situation is still dire in Idlib

As part of a deal in 2016, the European Union basically paid Turkey to stop the flow of migrants into the EU from Turkey. Turkey now hosts about 3.6 million Syrian refugees, even though its border with Syria has been sealed since about 2015.

But now, those fleeing Assad’s violence in Idlib are boxed in by Assad’s offensive on the south and east, and a sealed Turkish border in the north. Turkey is refusing to take any more refugees, but the violence is pushing millions of displaced Syrians nearer to Turkey’s doorstep.

Journalists on the ground have reported that some refugees are being encouraged to leave Turkey for Greece.

According to the Wall Street Journal, the Turkish government provided some of the buses to bring these refugees, most of them Syrian refugees who were already in Turkey, to the Greek border.

Turkish security officials also indicated they would no longer prevent people from trying to reach Europe by boat.

Another video shows refugees bussed from Istanbul to the border area with Greece.

An eyewitness told me he saw 9 buses leaving.

At one point, it got super crowded and men quarrelled to get a place on the bus. @akhbar pic.twitter.com/r25IaShyiG

“The decision to allow people to travel by land or by sea to Europe is precisely designed to put pressure on the EU,” Hardin Lang, vice president for programs and policy at Refugees International, told me.

“The Turks feel fairly isolated vis-à-vis Russia and the regime in Damascus, and they’re looking for support for a military endeavor deeper into Syria, into Idlib, from the European Union and from NATO,” Lang added.

Whether Europe will hear that message is another story.

So far, Greece has refused to open its border with Turkey. “Significant numbers of migrants and refugees have gathered in large groups at the Greek-Turkish land border and have attempted to enter the country illegally. I want to be clear: no illegal entries into Greece will be tolerated. We are increasing our border security,” Greece’s prime minister said in a statement on Twitter.

All of this paints a truly grim portrait of the humanitarian crisis in Idlib. Refugees — who’ve been displaced from their homeland after years of civil war — are being used as political pawns to try to scare Europe into acting. And while Europe and the US and other governments are condemning the violence in Idlib, right now none look eager to rush to Turkey’s aid.

And, again, Syria’s attack on Turkish troops has pushed the two sides closer to an open conflict. Turkey and Russia both want to avoid this but may recklessly stumble into it anyway as Syria and Turkey provoke each other.

Hardin told me that given this, the odds of an all-out war look a lot more likely than they did 48 hours ago — even though, again, this is not the outcome either Turkey or Russia wants.

Caught in the middle of it all are millions of civilians, who face even more peril if tensions increase. A million people have already been displaced, and hundreds of thousands more could be under threat if tensions escalate into open hostilities between Turkey and Syria.

And those hundreds of thousands will need somewhere to go. Which means we could soon be facing not just the worst humanitarian catastrophe of the Syrian civil war, but potentially the worst crisis the world has seen this century.