Intelligence reports warned about a pandemic in January. Trump reportedly ignored them. 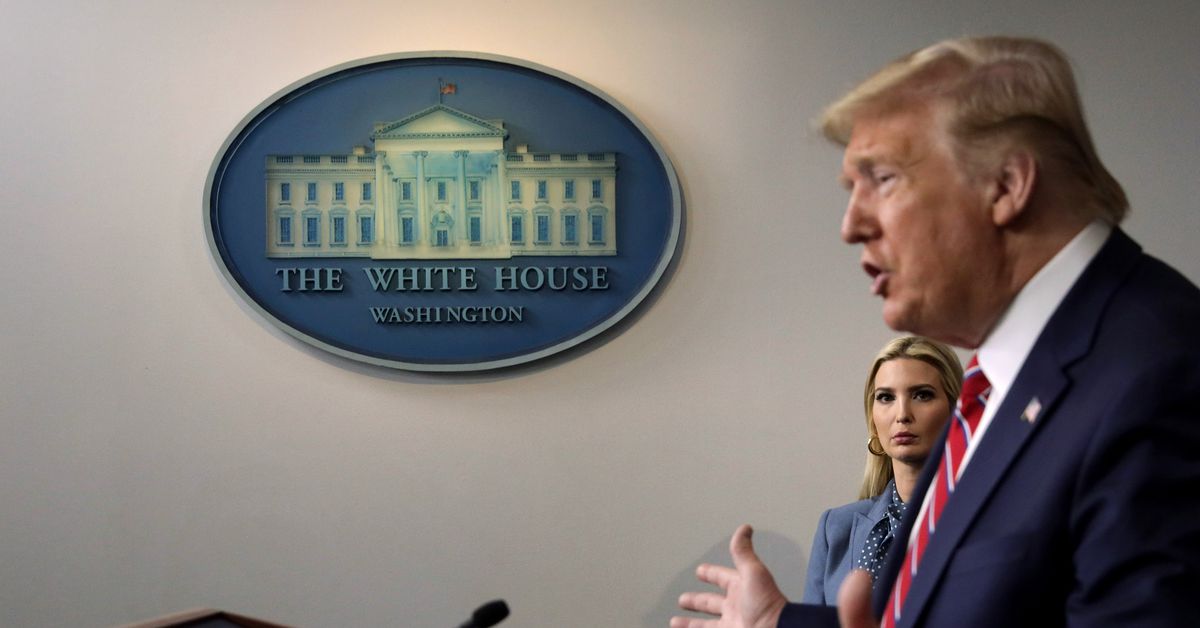 US intelligence officials reportedly warned President Donald Trump and Congress about the threats posed by the novel coronavirus beginning in early January — weeks before the White House and lawmakers began implementing stringent public health measures and as the president minimized the threat posed by the virus in his tweets and public statements.

Top health officials first learned of the virus’ spread in China on January 3, Health and Human Services Secretary Alex Azar said Friday. Throughout January and February, intelligence officials’ warnings became more and more urgent, according to the Post — and by early February, much of the Office of the Director of National Intelligence and the CIA’s intelligence reports were dedicated to warnings about Covid-19.

All the while, Trump downplayed the virus publicly, telling the public the coronavirus “is very well under control in our country,” and suggesting warm weather would neutralize the threat the virus poses.

The Coronavirus is very much under control in the USA. We are in contact with everyone and all relevant countries. CDC & World Health have been working hard and very smart. Stock Market starting to look very good to me!

Privately, Trump reportedly rebutted health and intelligence officials’ attempts to get him to take action to prepare communities in the US while rebuking officials who were delivering sober risk assessments.

For instance, in late February, when Nancy Messonnier, director of the National Center for Immunization and Respiratory Diseases at the Centers for Disease Control and Prevention (CDC), said, “It’s not a question of if [community spread] will happen, but when this will happen, and how many people in this country will have severe illnesses,” Trump reportedly responded by calling Azar to complain “that Messonnier was scaring the stock markets, according to two senior administration officials,” the Post reports.

In a statement, the administration rebutted the Post’s reporting, calling it part of a attempt by the media and Democrats “to rewrite history” and claiming “President Trump has taken historic, aggressive measures to protect the health, wealth and safety of the American people.”

The administration did begin taking some limited action about a month after Azar says the administration first began receiving warnings, blocking non-citizens who had been to China in the last two weeks from entering the country on February 3 — a move public experts have argued at best bought the US time to ramp up its testing capabilities it did not use, and at worst had no beneficial effects at all.

Trump finally assembled a task force to address the virus, putting Vice President Mike Pence in charge of the effort on February 26, and declared a national emergency on March 13. And, just this week — nearly three months after first receiving warnings from his intelligence officials — the president’s public tone about the crisis shifted: “I’ve always known this is a real — this is a pandemic,” he said Tuesday as he admitted, “[the virus is] not under control for any place in the world.”

Trump’s refusal to acknowledge the severity of the virus early on had real effects on how the virus spread throughout the US and how most Americans are experiencing the pandemic.

As the president and top White House officials dismissed the potential severity of the virus’ spread in the US, they failed to mobilize the national health system to prepare for widespread testing. Now, the country is struggling to upscale testing and lags far behind other countries — even those like South Korea, whose first cases were discovered around the same time as the United States’. As Vox’s German Lopez reported:

First, the Trump administration refused to use the tests deployed by other countries and offered by the World Health Organization, seemingly out of concern that those tests weren’t accurate enough. Secondly, the homemade test the Centers for Disease Control and Prevention went with had technical problems, leading to further delays in getting widespread testing off the ground. Finally, a series of political, technical, and bureaucratic issues in recent weeks have further stalled testing, even as the Trump administration has promised “millions” of tests.

All the while, most Americans continued about their daily lives, placing themselves at risk of infection. And the president’s laissez faire attitude has had lasting effects even as he has shifted his tone: as recently as this week, after the White House asked all Americans to practice strict social distancing for 15 days, spring breakers took to Florida beaches to party despite warnings.

The lack of testing availability not only means people across the country beginning to show symptoms are clamoring for limited testing that could help them get lifesaving treatment, but that failures in providing that testing has meant the US must rely more heavily on social distancing than it might have otherwise had to, Yale University epidemiologist Nathan Grubaugh told Lopez.

Experts warn that that distancing measures will likely be necessary for months, even as the country ramps up to more aggressive testing. And the need to rely on social distancing to reduce risk of infection has already caused stocks to plummet and started to have a massive effect on the US economy as the service, hospitality and, in many cases, manufacturing industries have ground to a halt. That’s left hundreds of thousands of workers without a paycheck and little safety net. Trump is finally taking the virus more seriously, but it’s still unclear how widespread the effects of delays in action will be.