An emerging #MeToo movement and public horror over “honor killings” helped spur the government’s bill, but it still must be adopted by the country’s conservative Parliament. …

After a decade of deliberation, Iran’s government approved a bill on Sunday that criminalizes violence and sexual misconduct against women and specifies punishments for perpetrators.

The decision to move ahead with the bill — which, if approved, will be the first law of its kind in Iran’s penal code — comes in the aftermath of a groundbreaking #MeToo movement and shocking reports of so-called honor killings that have gripped the public over the past six months.

The bill, which has been passed by the cabinet, must now be adopted by the country’s conservative Parliament to become law, but women’s advocates are hopeful of success.

“The events of last year, both ‘honor killings’ that got national attention and the #MeToo movement in Iran, have increased the pressure on the government to push this bill that was in the making for almost a decade,” said Tara Sepehri Far, a researcher for Human Rights Watch based in New York, referring to the murders of women by male relatives for supposedly shaming their families, even if the women themselves were victims of sexual violence.

Ms. Sepehri Far said that the bill still fell short of international standards and did not address all the aspects of violence that women face. It did not address child marriage and marital rape, she said, and did not properly define domestic violence.

Still, many Iranian rights activists and lawyers said it marked a step forward and reflected the shifting dynamics of Iranian society, which they describe as steps ahead of the government on issues of violence against women.

The complete draft of the bill has not yet been made public, but a summary posted on the government’s website states that 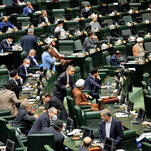