Its owner, LVMH, promises a reimagining of the space. But in the meantime almost 150 unionized employees have been laid off. … 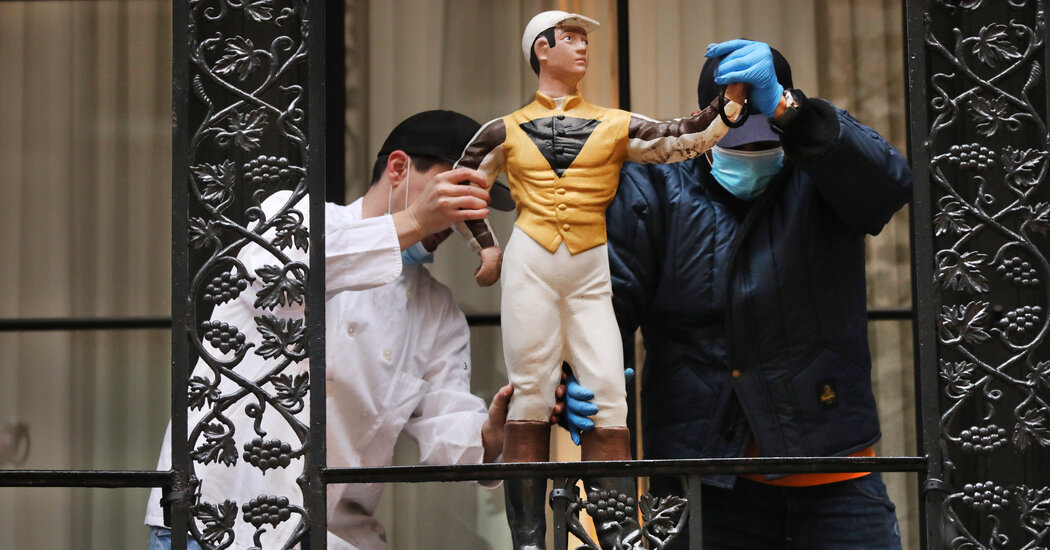 It should not have, but it came as a shock that the jockeys had vanished. There they’d stood outside the “21” Club on West 52nd Street for decades, 35 of them, with their cast metal arms upraised to grasp the reins of some invisible mount, their silks brightly painted in the colors of storied thoroughbred stables. Suddenly, then, they were gone.

On March 9, almost a year since the pandemic forced the city to ban indoor dining, the “21” Club moved to terminate 148 employees, the majority unionized, according to a notice filed with the New York Department of Labor. “‘21’ Club has been an iconic part of the New York experience for nearly a century,” a spokeswoman for LVMH, the French luxury goods conglomerate that acquired the restaurant as part of a $2.6 billion 2018 deal for the Belmond Limited hospitality group, said in an emailed statement.

The devastating impact of the pandemic on the restaurant and hospitality industries, the spokeswoman added, had necessitated making “the difficult decision not to reopen ‘21′ in its current form,” but rather to reimagine its “distinctive role in the city’s exciting future.”

What that “distinctive” role is remains to be seen. Yet almost certainly it will not include John Papaliberios.

For 29 years, Mr. Papaliberios, 69, and an immigrant from Sparta, Greece, waited tables at “21,” serving five U.S. presidents, passels of the requisite plutocrats, as well as Broadway stars and Frank Sinatra, the baseball Hall of Fame catcher Mike Piazza and also the man who first acquired him for the Mets. 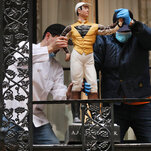