Jeff Probst Is the Ultimate Survivor

Despite many changes to the reality show over the last 21 years, he has been a constant. …

“One thing is clear is that he loves it,” Mr. Probst’s friend, the director Tyler Perry, wrote in an email. “Just look at him sitting there in the rain at tribal council. He ain’t no diva. That’s the love of the game.”

Authenticity, “Survivor” fans have come to know, means warts and all. It means the show can’t, per Mr. Probst’s directive, change the intent of someone’s words during editing. It’s meant watching one contestant demand another remove her fake teeth during a tribal council as payback for a blindside. It’s even meant watching a gay contestant out a trans tribemate, equating his choice not to disclose his transness with deception.

Authenticity has also put Mr. Probst willingly in the cross hairs of the show’s opinionated fan base. “I’m not always perfect on the show,” Mr. Probst said. “I said things that I regret now, I’ve had points of view that I would change now. That was also me in the moment, being vulnerable and learning.”

Last season, one contestant, Sarah Lacina, gave a tribal council speech about gender bias: Female contestants, she said, felt held back from playing the same sort of game men could. In response, Mr. Probst pointed out his own bias of calling men, but not women, by their last names — a habit he traced back to “playing sports where every other boy called them by their last names because that’s what all your favorite athletes did.”

“I’ve never lost that part of me,” Mr. Probst said. “Those are the moments that light me up. When you realize it’s true and it’s something you can change, in doing so you’re also showing other guys, ‘You might want to check yourself as well.’” 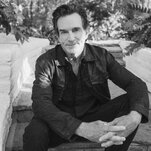