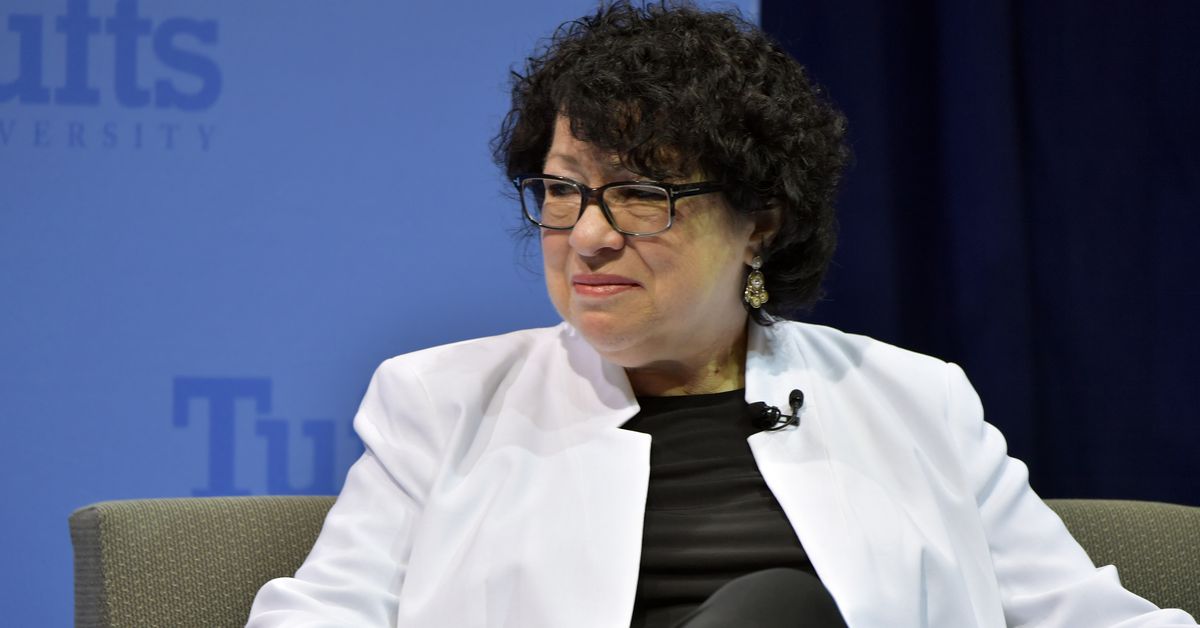 The Supreme Court voted along party-lines Friday evening to allow a Trump administration rule restricting low-income immigrants’ ability to enter the US to take full effect. All four of the Court’s Democratic appointees dissented, with Justice Sonia Sotomayor writing a sharply worded dissenting opinion accusing her Court of “putting a thumb on the scale in favor of” the Trump administration.

“It is hard to say what is more troubling,” Sotomayor wrote. “That the government would seek this extraordinary relief seemingly as a matter of course, or that the Court would grant it.”

The Court’s decision in Wolf v. Cook County is a significant development in and of itself because of its potential impact on millions of immigrants. Last August, the Trump administration announced a new rule governing who would be classified as a “public charge” — essentially someone reliant on government aid programs — and thus potentially unable to enter the United States, extend their visa, or obtain a green card. The new rule gives immigration officials new leeway to turn away immigrants deemed “likely to be a public charge,” based of a wide range of factors including use of certain public benefits and English language skills.

As many as 69 percent of the more than 5 million individuals who received a green card over the last five years have at least one negative factor against them under the new rule, and thus may have been denied immigration benefits had the new rule been in effect.

Sotomayor’s dissent focuses less on the question of whether the Trump administration’s public charge rule is legal, and more on what she describes as a “now-familiar pattern” in the administration’s interactions with the Supreme Court.

At least two lower courts handed down orders blocking the new public charge rule — one of those decisions blocked the rule across the country, while the other one blocked it only in Illinois. Last month, the Supreme Court voted 5-4 along familiar partisan lines to stay the lower court order blocking the rule on a nationwide basis. Friday’s order stays the decision blocking it in Illinois.

Until recently, it was extraordinarily unusual for the government to seek such a stay from the justices while a case was still winding its way through lower courts. As Sotomayor warned in a dissenting opinion last September, “granting a stay pending appeal should be an ‘extraordinary’ act. Unfortunately, it appears the Government has treated this exceptional mechanism as a new normal.”

According to a recent paper by University of Texas law professor Stephen Vladeck, “in less than three years, [Trump’s] Solicitor General has filed at least twenty-one applications for stays in the Supreme Court (including ten during the October 2018 Term alone)” — and Vladeck’s paper did not include the Trump administration’s two applications in the public charge cases. By comparison, “during the sixteen years of the George W. Bush and Obama Administrations, the Solicitor General filed a total of eight such applications — averaging one every other Term.”

The Trump administration, moreover, has an high win rate when it seeks extraordinary relief from the Supreme Court. It’s achieved either a partial or a full victory in about 65 percent of the cases where it asked the Supreme Court to temporarily block a lower court’s opinion.

As Sotomayor explains in her Wolf opinion, it is very unusual for the Supreme Court to grant such relief so easily.

Because the Supreme Court is the final word on nearly all questions of federal law, it typically likes to let novel legal issues percolate in the lower courts before handing down a final command. “Stay applications force the Court to consider important statutory and constitutional questions that have not been ventilated fully in the lower courts, on abbreviated timetables and without oral argument,” Sotomayor writes in her Wolf dissent. They also “upend the normal appellate process, putting a thumb on the scale in favor of the party that won a stay.”

And in this Supreme Court, that party is almost always the Trump administration.

There is a very simple reason why the justices ordinarily like to wait to decide novel legal questions. If a lower court gets a decision wrong, the same issue is likely to come before other judges who may reach the correct conclusion. As these decisions proliferate, they provide more and more guidance to other judges and, ultimately, to the justices themselves.

When the justices take their time, in other words, they are able to benefit from the wisdom of many judges — and they are more likely to decide a case correctly. When the justices rush, by contrast, they short-circuit this entire process. And because the Supreme Court is the highest legal authority in the country, an error by the justices is much harder to correct than an error by a lower court.

Sotomayor’s opinion is a warning that the Supreme Court’s Republican majority appears to care more about bailing out the Trump administration than it does for careful deliberation which ensures that the law is read properly. It’s also a warning that the Supreme Court appears to be bending the rules for Trump and for Trump alone. As Sotomayor writes, “the Court’s recent behavior on stay applications has benefited one litigant over all others.”