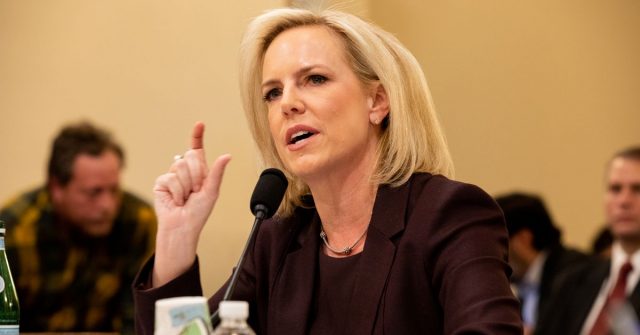 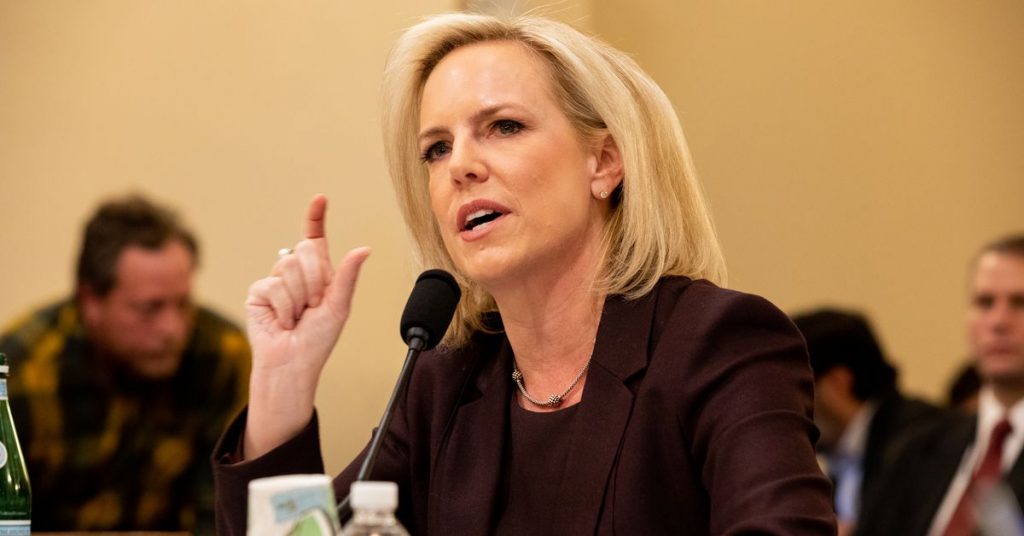 Former Homeland Security Secretary Kirsten Nielsen was asked on Tuesday to answer for her involvement in the Trump administration’s practice of separating immigrant families for the first time since her resignation.

Nielsen became the public face of the policy after she told Congress in December 2018 that the administration “never had a policy for family separation.” It was later revealed that she had, in fact, signed a memo greenlighting the practice. It was blocked in federal court in July 2018, but the administration has admitted to since separating another 1,250 families nonetheless, bringing the total number of families separated to over 4,000.

Speaking at Fortune’s Most Power Women Summit on Tuesday, her first interview since she stepped down as DHS secretary in April, Nielsen tried to defend her decision to sign the memo, saying it was needed to enforce immigration laws.

“I don’t regret enforcing the law because I took an oath to do that,” she told the audience, after Amna Nawaz of PBS NewsHour asked her multiple times whether she regretted signing the memo.

Nielsen, who recently returned to DHS in an advisory role, claimed that separating families was not a “policy” in itself, but rather a consequence of the Trump administration’s “zero tolerance” policy, under which it sought to prosecute all migrants for crossing the border without authorization. When parents faced prosecution and were sent to adult detention facilities, children could not remain there for longer than 20 days, so they were sent to separate facilities licensed to administer their care instead.

Previous administrations, however, would have simply released the families from detention altogether in most cases. By choosing to keep the adults detained, the administration knew that it would have to separate families.

That much is clear in the memo Nielsen signed: It said that DHS could “permissibly direct the separation of parents or legal guardians and minors held in immigration detention so that the parent or legal guardian can be prosecuted.”

Another memo shows that senior officials at DHS and the Department of Justice had also explored family separation as a way to deter families from showing up at the southern border. It prompted Democratic Sen. Jeff Merkley to request that the FBI investigate Nielsen for lying to Congress in her testimony on family separations.

Nielsen nevertheless argued again on Tuesday that separating families was not a motivating factor for the “zero tolerance” border crossing policy.

“The concept of zero tolerance … was not to separate families,” she said. “It was to enforce the law to encourage people to go to the ports of entry.”

She said she advocated throughout her time as DHS secretary for migrants to seek entry to the US at the ports as a matter of safety. But migrants cited in lawsuits challenging family separations had been separated from their families at ports of entry, and the administration had made lining up at ports of entry impractical with its “metering” policy.

Starting in mid-2018, CBP officials started limiting the number of asylum seekers they processed at ports of entry each day, forcing the others to wait in Mexico. Mexican immigration authorities keep lists of those who are waiting. The number of names on those lists exceeded 26,000 as of August, and there’s no telling how long they have to wait.

Including Nielsen in Tuesday’s program was a controversial decision. Several speakers at the Fortune summit, including filmmaker Dream Hampton and singer Brandi Carlile, withdrew from the event in protest of Nielsen’s appearance. Hillary Clinton, the 2016 Democratic presidential nominee, also dropped out citing a scheduling conflict, but Slate reported that it was because of Nielsen.

Nielsen nevertheless appeared to view her appearance as a way to take control of how her tenure at DHS will be perceived in the years ahead. She touted it as an opportunity to “come together” on immigration issues and tried to distance herself from the Trump administration, saying that she left when it “became clear that saying no” to the president’s demands “was not going to be enough.”

But if the line of questioning on Tuesday says anything, she will likely be explaining herself on the issue of family separations for a long time still to come.