Macron Arrives in Rwanda to Turn ‘New Page’ in Relations

The two-day visit by Emmanuel Macron is the first by a French president to the central African country in 11 years and extends efforts to recognize France’s role in the 1994 genocide. …

PARIS — After nearly three decades of recriminations over France’s role in Rwanda’s genocide of 1994, the leaders of the two countries on Thursday stood side by side in the Rwandan capital, Kigali, declaring a new chapter in their relations.

After laying a wreath at the Kigali Genocide Memorial and observing a minute of silence, President Emmanuel Macron of France said his country had, “a duty to confront history and to recognize its part of the suffering it inflicted on the Rwandan people.” President Paul Kagame of Rwanda later said the visit was “about the future, not the past.”

Mr. Macron’s two-day visit to Rwanda was the fruit of a long and tortuous process of reconciliation between Rwanda and France, one that amounted to his most successful attempt at an often stated goal of finding friends and potential business partners in new corners of Africa as countries like China, Russia and Turkey compete for influence there.

It also clinched something far rarer: a shared understanding by an African nation and a former colonial power of a historical crime — the genocide that led to the deaths of 800,000 ethnic Tutsis. At a time when statues of colonial-era figures are being toppled in European cities, Mr. Macron has championed the re-examination of painful chapters of history as a way to reset relations with African nations, and he has found a willing partner in Mr. Kagame.

“A common history is now emerging,” said Vincent Duclert, a French historian who led the commission that produced a damning report on France’s role in the 1994 genocide for the French government. “There must be equality. Europe can no longer explain to Africa what it needs 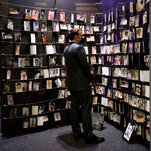