The high-priced hustle of financial domination, where “pay pigs” send tributes to their cash masters. …

“As a sub, I have this need, this fetish, to hand over everything,” said R.J., who is gay and single, and estimated that he has spent more than $150,000 on dozens of cash masters since he started. “It’s this feeling of giving up complete control, of someone having ownership over you. I find that really arousing.”

The feeling is echoed by other financial submissives. “This idea of giving their money away, and not knowing what’s going to happen — it’s the ultimate surrender of power, and it’s very liberating for them,” said Dr. Hammack, the psychology professor.

Dr. Hammack said that financial domination can help people struggling with control issues. “I believe that findom can actually be a really healthy way to manifest the part of human nature that is about power asymmetry and hierarchy,” he said. “It becomes a context for healthy growth and development.”

Financial domination is helping Charlie, 29, a sales manager in Ohio, identify as a transgender woman, even as she presents as a man in her “vanilla” life, she said. King Kourt, her findomme, has full access to one of her bank accounts, she said, and as part of a “consensual blackmail” arrangement, King Kourt threatens to expose Charlie as a woman in exchange for money.

The idea, both said, is to encourage Charlie to live as she wants in public as well as private.

Giving up financial control may also help some finsubs become more empathetic. William M., 31, a technology manager for a school system, said that he spends $300 a month on Queen Astro, 31, a findomme from Los Angeles. Every time he sends money, she publicly belittles him on Twitter or degrades him on Skype.

“I used to be much more 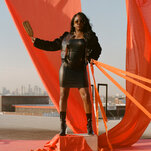