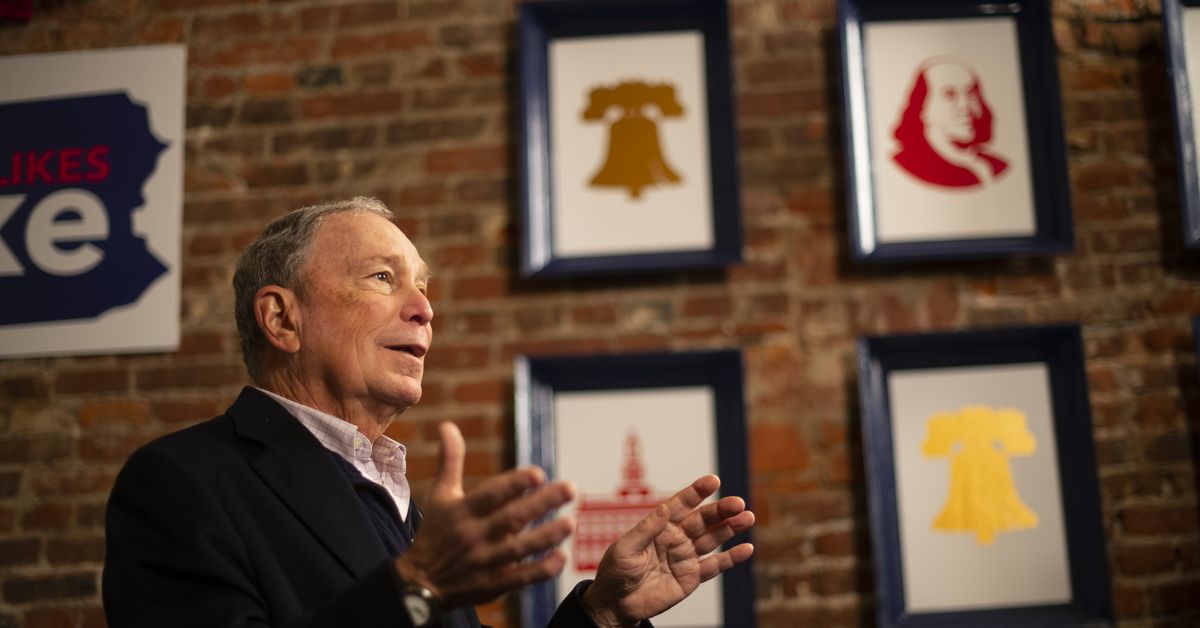 Former New York Mayor Michael Bloomberg has spent well over $100 million on advertising since entering the Democratic presidential primary about a month ago — a head-spinning sum of money for ad buys that dwarfs most of his competition and highlights the unique advantages of being a billionaire in a highly competitive contest.

Only one other candidate has come close to Bloomberg in spending on ads: the other billionaire in the Democratic primary, former hedge fund executive Tom Steyer, who has been in the race since July. Combined, the two tycoons have spent roughly $200 million on ad buys, Advertising Analytics, a firm that monitors ad campaign purchases, told NPR.

Bloomberg and Steyer have broken records left and right with their vast war chests. Bloomberg’s initial television ad buy of more than $30 million upon entering the race immediately made history as the most money a presidential candidate has ever spent in a week in a primary.

The two billionaires in the 2020 race have spent more than double the total combined ad spending of every other candidate in the primary over the course of the entire year.

According to Advertising Analytics, Steyer’s and Bloomberg’s ad buys equal about a quarter of the advertising money spent in the 2016 presidential cycle — including both the primaries and the general election.

The next-biggest spender on ads is South Bend, Indiana, Mayor Pete Buttigieg, who has spent $20 million — another candidate trying to up his national name recognition.

“We’ve never seen spending like this in a presidential race,” Jim McLaughlin, a Republican political strategist who worked for Bloomberg’s mayoral campaigns, told Politico. “[Bloomberg] has a limitless budget.”

In places like Wilmington, North Carolina, Bloomberg’s television ads are running up to 36 times a day. He’s also spent serious cash on online advertising, and his campaign ads are reportedly popping up in strange places on YouTube.

My 8 year old watching a Minecraft streamer on YouTube just got a Mike Bloomberg ad interruption. He skipped it. I asked what he thought it was about? “Politics?”

The volume and velocity of Bloomberg’s ad spending have shed a light on how the primary system is vulnerable to being gamed by plutocrats — but it also has revealed the limitations of using money alone to try to buy popularity.

On one hand, it’s remarkable that, after just a month of being in the race, Bloomberg is polling at around 5 percent in national surveys and has leapfrogged prominent candidates like Minnesota Sen. Amy Klobuchar, New Jersey Sen. Cory Booker, and former Department of Housing and Urban Development Secretary Julián Castro.

On the other hand, Bloomberg’s path to the nomination looks nearly impossible given the gulf between him and the top four candidates — former Vice President Joe Biden, Sen. Bernie Sanders, Sen. Elizabeth Warren, and Buttigieg.

Bloomberg’s money is a gift and a curse

Because of the late date at which he entered the race, Bloomberg is not eligible to run in the first four states of the primary. Instead, he’s hoping to make a splash on Super Tuesday in March, when 16 states and territories vote. According to Politico, he’s overwhelmingly focused on this set of states with his advertising, which can spread word of his campaign faster than the typical retail politics type of introduction to voters in early primary states.

But Bloomberg’s style of campaigning also makes him uniquely susceptible to attacks from the left that he’s just another member of “the 1 percent” trying to buy an election.

As I reported for Vox earlier in December, Bloomberg has been flippant about these accusations, like when he did the first television interview of his presidential campaign with CBS This Morning:

In the interview, CBS’s Gayle King repeatedly pressed Bloomberg to respond to criticism that he’s buying the election. Bloomberg sounded irritated by the accusation and pointed out that he gives away most of his money for good causes.

But instead of going the usual route for former businessman candidates wherein they point out how their business acumen prepared them for leading the country, he chose to highlight his rags-to-riches story and almost seemed to imply the other candidates’ public service was a missed opportunity to become a billionaire.

“They had a chance to go out and make a lot of money. And how much of their own money do they put into their campaigns?” Bloomberg said.

Bloomberg also argued that since everyone relies on lots of money to run for president, he wasn’t all that different from his rivals.

“I’m doing exactly the same thing they’re doing, except that I am using my own money,” he said. “They’re using somebody else’s money and those other people expect something from them.”

It’s unclear if Bloomberg’s nonchalance about his wealth will bother the moderate set of voters he’s hoping to win over in order to secure the nomination. But it certainly gives the progressive wing of the party — represented by Warren and Sanders — a villain to fight against.

In a political climate in which wine cave fundraisers are fodder for anti-establishment Democrat attack ads and fundraising bids, Bloomberg’s full-fledged embrace of his wealth is a bold gambit. We’ll see if it pays off.