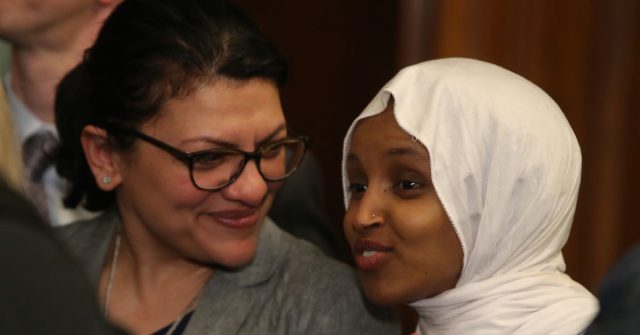 Israeli Prime Minister Benjamin Netanyahu, at the urging of President Donald Trump, just blocked two Muslim Democratic members of Congress — both of whom are prominent women of color and highly critical of his country — from visiting Israel next week.

The move could further rupture the relationship between Democrats and the Jewish state, but will certainly strengthen Netanyahu’s bond with President Donald Trump.

Deputy Foreign Minister Tzipi Hotovely on Thursday confirmed the Israeli government’s decision to deny entry to Reps. Ilhan Omar (D-MN) and Rashida Tlaib (D-MI), impeding them from attending a private trip organized by a Palestinian-led nonprofit to see Israel and the West Bank, where Tlaib has family.

They’d also planned to visit the cities of Bethlehem, Hebron, Ramallah, and Jerusalem, and to join members of the Palestinian Authority at the Temple Mount (called Haram al-Sharif by Muslims), a major holy site for Jews, Christians, and Muslims alike that has been a religious flashpoint for centuries.

Just under an hour earlier, Trump tweeted that he would fully support such a decision.

It would show great weakness if Israel allowed Rep. Omar and Rep.Tlaib to visit. They hate Israel & all Jewish people, & there is nothing that can be said or done to change their minds. Minnesota and Michigan will have a hard time putting them back in office. They are a disgrace!

Omar and Tlaib, the first female Muslim members of Congress who Trump said should “go back” to their countries despite being Americans, have been extremely critical of Israel during their first year in Congress. Omar in particular stirred controversy in February with comments attributing pro-Israel sentiment to the financial clout of the pro-Israel lobby.

Netanyahu’s main complaint is that both women support the boycott, divestment, and sanctions (BDS) movement against Israel. They voted for legislation that would make it US policy to boycott Israel, though the measure was roundly defeated 398-17 in the House.

BDS, a loose movement that dates back to roughly 2005, aims to force Israel to change its approach to the Palestinians through external pressure. BDS activists want companies to stop doing business in Israel, consumers to stop buying Israeli products, and academics and cultural figures to stop collaborating with Israeli colleagues.

The movement’s supporters bill it as the spiritual heirs of the boycotts targeting apartheid South Africa in the 1980s; its opponents bill it as an anti-Semitic campaign aimed at the destruction of Israel as a Jewish state.

But last month, Netanyahu’s government indicated that it would let Omar and Tlaib in: Israeli Ambassador Ron Dermer said at the time that Israel wouldn’t deny them a visit “out of respect for the US Congress and the great alliance between Israel and America.”

So the decision to prevent Omar and Tlaib from visiting after all is a major reversal and an insult to one of America’s two major political parties. And it seems pressure from President Trump — and his decision to tweet his views about the matter publicly — had everything to do with it.

Why Netanyahu changed his mind about Omar and Tlaib visiting Israel

Netanyahu is proud of his relationship with Trump and wouldn’t want to harm that in any way — especially with a grueling, contested election coming up on September 17.

And Axios reports that the president had privately told his advisers that he’d like Israel to block the Congress members’ entry into the country and that “Trump’s private views have reached the top level of the Israeli government.”

Trump has personally targeted Omar and Tlaib — as well as their other “Squad” members, Reps. Alexandria Ocasio-Cortez (D-NY) and Ayanna Pressley (D-MA) — for their Israel criticism, saying they “hate Israel” and calling them “Anti-Semitic” and “Anti-America” in multiple tweets.

….they are Anti-Semitic, they are Anti-America, we don’t need to know anything about them personally, talk about their policies. I think they are American citizens who are duly elected that are running on an agenda that is disgusting, that the American people will reject……

Trump’s stance therefore gave Netanyahu a choice: let in these US Congress members and risk angering Trump, or block them and keep the American president happy, but risk angering Democrats.

But Tablet magazine’s Yair Rosenberg reports that it was Trump’s decision to make his views public in a tweet Thursday that finally tipped the scales for Netanyahu.

It would show great weakness if Israel allowed Rep. Omar and Rep.Tlaib to visit. They hate Israel & all Jewish people, & there is nothing that can be said or done to change their minds. Minnesota and Michigan will have a hard time putting them back in office. They are a disgrace!

“Coming from Trump, this was effectively an implied threat” Rosenberg writes, “and Netanyahu immediately folded, completely reversing his prior position and banning Omar and Tlaib one month after saying he wouldn’t.”

The American Jewish Coalition, which advocates for closer US-Israel ties, put out a statement saying that “out of two less-than-ideal options, neither of which was risk-free, Israel did not choose wisely by reversing its original decision.” The Republican Jewish Coalition, a lobbying group that promotes Jewish Republicans, meanwhile, stated that it was “the right decision.”

But for many, the bottom line is that Israel’s prime minister seems to have caved to the US president’s wishes.

Israel continues to be a flashpoint for Democrats

Beyond revealing just how important Trump’s continued friendship and happiness is to the Israeli leader, the entire episode also underscores just what a complication the US-Israel relationship has become for Democrats.

Poll after poll has shown that liberal Democratic primary voters are less sympathetic to Israel than they were in previous years. Likely as a result, most Democratic presidential campaigns for 2020 have bucked tradition and openly expressed their criticisms of the tiny Middle Eastern nation.

Other more moderate campaigners, like former Vice President Joe Biden and South Bend, Indiana, Mayor Pete Buttigieg, have been slightly more steadfast in support of the Israel relationship. None, though, has been quick to back Netanyahu’s leadership.

But the decision to keep out Omar and Tlaib could hurt already strained ties between congressional Democrats and Israel. House Majority Leader Steny Hoyer (D-MD), who just came back from a trip sponsored by the pro-Israel lobby group AIPAC, is asking Israeli officials to reconsider banning the two members of Congress.

Now that Netanyahu has followed through on blocking the women, his decision could potentially widen the rift among Democrats on Israel. Democratic leaders in Congress were forced to stand by the two banned representatives — if they hadn’t, the progressive wing would likely have revolted. Yet by speaking out in support of Omar and Tlaib, senior Democrats have potentially exposed themselves to accusations that they support the BDS movement.

Which means Israel may once again become one of the key foreign policy issues tearing Democrats apart — and potentially exposing a bigger rift between the party and the Jewish state.