The country took a different approach to encouraging vaccinations on Saturday, with barbecues, a telethon and the chance to get jabbed in the business-class seat of a Boeing 787. … 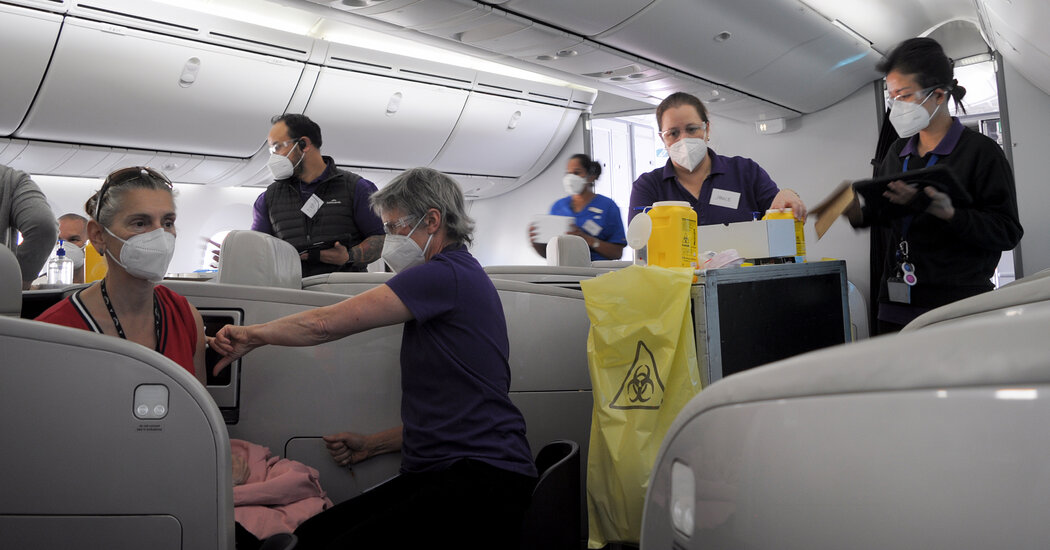 AUCKLAND, New Zealand — Since New Zealand closed its borders in March 2020, setting the stage for one of the world’s most successful Covid-19 responses, the wide-body jets that once ferried its citizens to every corner of the globe have mostly been redeployed for shipping freight. And the vast majority of Kiwis have, throughout the pandemic, been as flightless as their eponymous birds.

But on Saturday, some 300 residents of Auckland, New Zealand’s biggest city, boarded an Air New Zealand Boeing 787 jet once again at the city’s international airport. This time, it was not to take a trip, but to receive a dose of the Pfizer-BioNTech vaccine in the booth of a business-class seat. The doses were kept cool with dry ice on the trolleys that typically offer a choice of chicken or beef.

“It’s one of a kind,” said Johan Rickus, 30, as he proffered his left arm for his second dose. After receiving the vaccine from a health care worker, he was ushered back to economy class by an uniformed member of the cabin crew to wait out his 15 minute post-vaccination period in a slightly less cushy seat.

The event was one of dozens of pop-ups held around the country for “Super Saturday,” a single-day vaccination effort organized by New Zealand’s Ministry of Health. The goal was to break the country’s record for the most doses delivered in 24 hours — previously 93,000. About 350,000 vaccinations slots were available, which could reach about 8.3 percent of New Zealand’s eligible population. By 8 p.m., the country had already given out nearly 130,000 doses, with hours yet to go.

For most of the pandemic, New Zealand 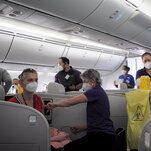