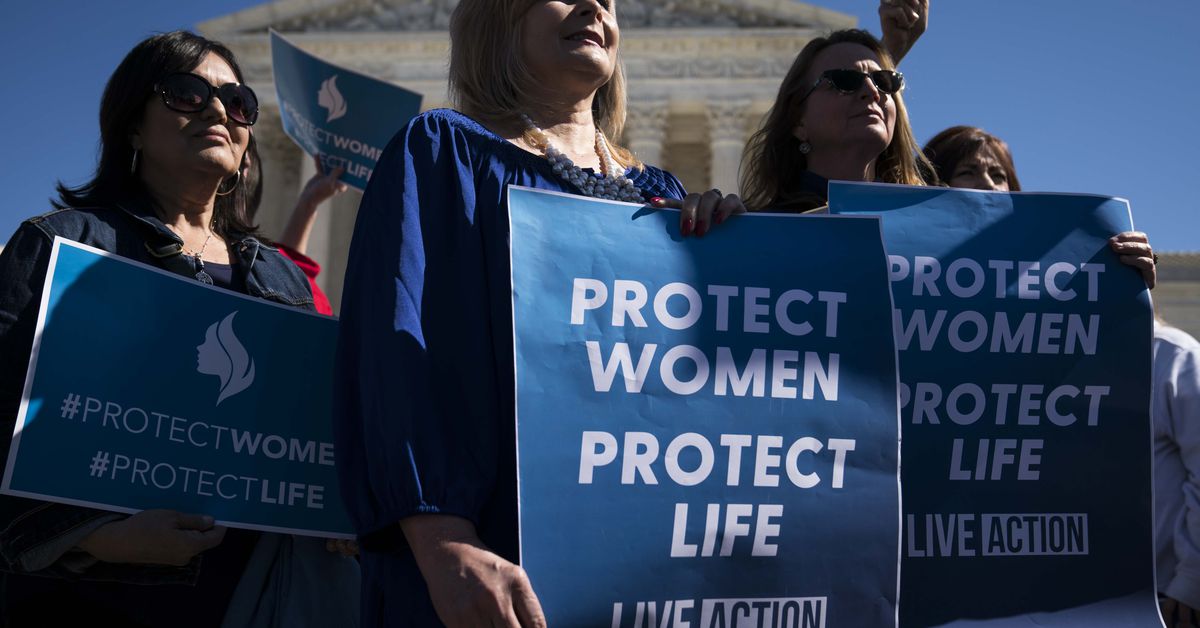 There are concerns that, due to the coronavirus, the demand for hospital beds could exceed supply in the US — and medical providers are currently experiencing a severe shortage of personal protective equipment (PPE) that allow them to safely interact with infected patients. In order to preserve what supply exists, Trump administration officials have asked “every American and every American hospital and healthcare facility to postpone any elective medical procedures.”

As Vox’s Dylan Scott has explained, technically “any procedure that can be scheduled in advance falls under that category. So elective surgeries can include heart surgeries, removing kidney stones, cancer treatments, and more.”

Abortion advocates have argued that although abortions can be scheduled in advance, that they are essential — and time-sensitive. And they say Ohio’s order is just the latest move in a long-standing campaign to restrict abortion rights.

Officials in other states support this view. In states like Washington and Massachusetts, officials have said abortions aren’t included in orders that have halted non-essential surgeries. And reproductive health experts, including those at American College of Obstetricians and Gynecologists and the American Board of Obstetrics & Gynecology, recently issued a joint statement saying abortions are “an essential component of comprehensive health care.”

“The consequences of being unable to obtain an abortion profoundly impact a person’s life, health, and well-being,” they wrote.

However, Ohio Attorney General Dave Yost has issued an order to three clinics in Cincinnati, Dayton, and Cleveland requiring them to stop “nonessential” abortions; although the order was sent to specific providers, it applies to all abortion providers in the state.

“If you or your facility do not immediately stop performing non-essential or elective surgical abortions in compliance with the [health director’s] order, the Department of Health will take all appropriate measures,” the order reads in part.

Multiple clinics have said they plan to continue providing their normal range of care.

For instance, in a joint statement, the leaders of Planned Parenthood of Greater Ohio and Planned Parenthood Southwest Ohio Region said that providers could both “reduce the use of equipment in short supply” and maintain access to abortions.

“Planned Parenthood can still continue providing essential procedures, including surgical abortion,” the organization wrote, while “doing our part to conserve needed resources and to protect the health and safety of our patients and staff.”

When questioned about the policy at a press conference Saturday, state Health Director Amy Acton said, “We cannot allow the politics of things to get in the way of doing what we have to do in a state of emergency.”

Critics of the order say that’s exactly what’s happening — and note that anti-abortion advocates in Ohio and other states have been working to roll back access for years.

Late last year, lawmakers in Ohio introduced a bill that would make it a felony for people to have or perform abortions under a new crime called “abortion murder.” The bill would have also recommended doctors try to reimplant ectopic pregnancies in patients’ uteruses, which medical experts say isn’t possible.

That bill hasn’t progressed since it was introduced in November, but it’s not the first time that Ohio has spearheaded anti-abortion legislation.

Ohio was the first state to introduce a “heartbeat” bill banning abortion after around six weeks of pregnancy (before many women know they’re pregnant) back in 2011. In recent years, similar policies have become law in Iowa, Georgia and elsewhere — though such laws have been halted by courts.

The introductions of such laws are widely seen as attempts to force the Supreme Court to readdress Roe v. Wade, the 1973 Supreme Court decision that protected the right to abortion in the US. The movement to relitigate that case began in earnest in 2010, when Republicans swept into power in statehouses and governor’s offices nationwide, and intensified when President Donald Trump took office and pledged to appoint anti-abortion Supreme Court justices.

Between 2001 and the end of 2010, 195 abortion restrictions were passed at the state level, according to reporting by Vox’s Anna North. Since 2011, that number has increased to 483 restrictions, ranging from a Texas measure requiring an ultrasound and a 24-hour waiting period before abortions to a North Dakota law requiring patients receive information showing there’s a possible link between abortion and breast cancer — even though there’s no known link.

These laws and others have set the stage for the abortion fight to once again go to the Supreme Court. In March, the Supreme Court considered arguments in June Medical Services v. Gee, which deals with a Louisiana law passed in 2014 requiring abortion doctors to have admitting privileges at hospitals. Anti-abortion proponents say it’s important providers have the privileges in case complications arise during a procedure; abortion rights proponents say it’s a measure to shut down clinics.

In a case considered by the Supreme Court in 2016 — Whole Woman’s Health v. Hellerstedt — the court struck down a similar law, noting that that law had few health benefits for women and imposes an “undue burden” on the right to an abortion.

But the Supreme Court has justices it did not have in 2016, leading many on both sides of the debate believe the odds may now be more in the favor of anti-abortion advocates. Conservative Justice Brett Kavanaugh now sits on the court, meaning there’s a 5-4 conservative majority that could overturn Roe should the opportunity arise. However, Chief Justice John Roberts seemed unconvinced by Louisiana’s argument in March, meaning the fate of the nearly 40-year-old precedent is still in doubt.