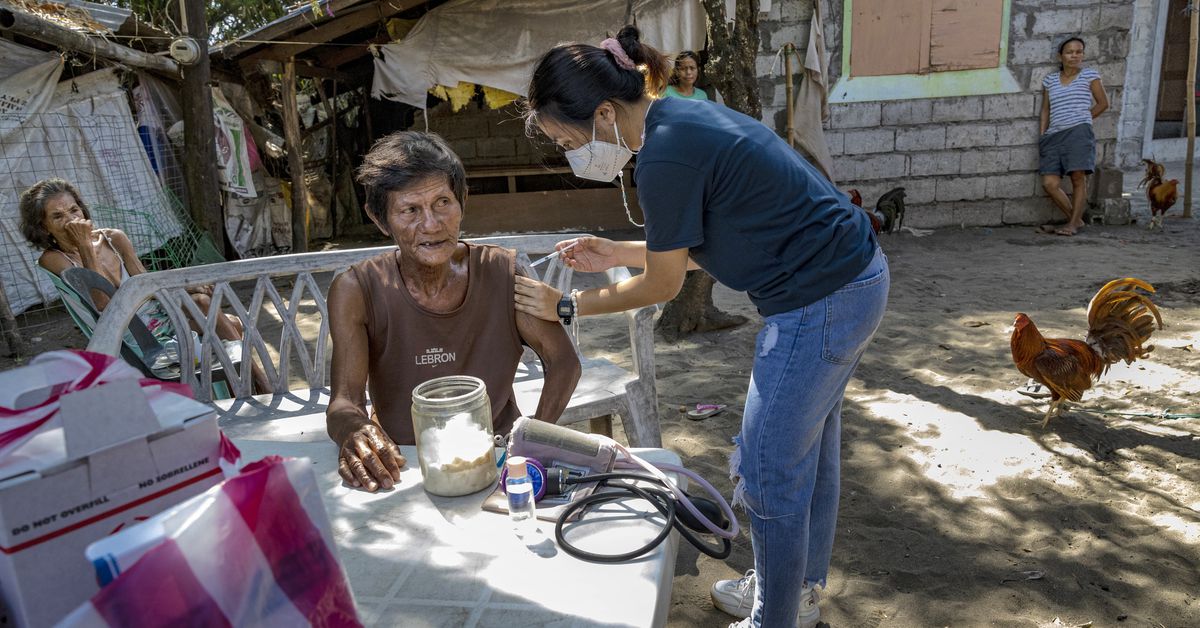 Less than a month ago, the omicron variant, first detected in South Africa, was labeled a “variant of concern.” Since then, the world has braced for another wave of coronavirus, as Covid-19 is spiking across Europe and, now, the United States.

A lot of these countries — particularly the United Kingdom and the United States — are pushing aggressive booster campaigns in response. Three shots, rather than two, is becoming the refrain of many public health experts.

Yet the rest of the world is still woefully under-vaccinated. Not just booster shots, but first doses. Close to 60 percent of the world’s population has received at least one shot, according to New York Times data. But it’s an unequally distributed feat. About two-thirds of those doses have been administered in high or middle-income countries. According to the Africa CDC, only a little more than 8 percent of the continent is fully vaccinated. The One Campaign, an advocacy group, estimates that there are more than eight times as many boosters being given in high-income countries compared to first doses in low-income countries.

Omicron has offered another, if somewhat predictable, hiccup. According to some early data — and of course, these things are still evolving — omicron is pretty good at evading the two-dose regimen for a lot of the vaccines given worldwide. Vaccination still offers protection from severe illness, and some data suggests severe illness may be less likely with omicron on an individual level. But the mRNA vaccines — specifically Moderna and Pfizer — coupled with a booster, appear to be the best bets at preventing infection. Most of the world isn’t getting those vaccines.

Though there’s still a lot scientists don’t know about