Our environmental practices make pandemics like the coronavirus more likely 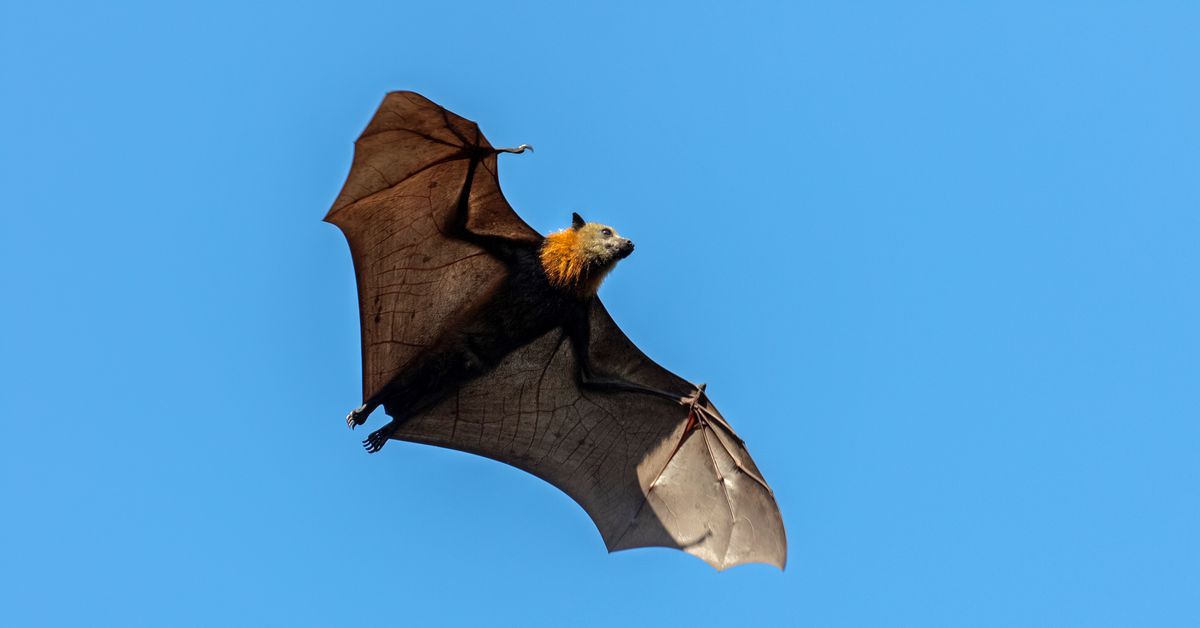 President Trump likes to refer to the coronavirus as the “Chinese virus,” and in so doing he’s popularizing an image of the pandemic as a foreign invasion. He’s not the only one.

Although we are (hopefully) not using a racist term to refer to this virus, many of us have unwittingly bought into a particular paradigm for understanding pandemics. Call it the paradigm of invasion: the idea that we’re being attacked by an onslaught of foreign pathogens that come from animals, and we’re just passive victims.

But what if we, the humans, are the ones staging the onslaught? What if the real story of modern pandemics is not about how animals and their germs are invading our human realm but about how we’re invading theirs?

That’s the argument of Sonia Shah, author of the 2017 book Pandemic. She says the paradigm of invasion — or “microbial xenophobia,” as she calls it — often fails to explain why a microbe that’s existed for ages suddenly turns into a pandemic-causing pathogen. After studying outbreaks ranging from cholera to West Nile virus to Ebola, she’s found that human activities play a huge, and hugely underrecognized, role.

Our environmental and social policies — like cutting down forests or failing to address a housing crisis — make it much likelier that a previously harmless microbe will cause a devastating outbreak.

Shah is not alone in advocating for a paradigm shift in how we understand pandemics. The One Health movement, an interdisciplinary way of thinking espoused by some global public health authorities, emphasizes the connections between people, animals, plants, and their shared environment. It’s pushing for this change, too.

I talked to Shah about how this approach can help us better understand the true origins of pandemics. A transcript of our conversation, edited for length and clarity, follows.

The reigning narrative in a lot of people’s minds is that “exotic” animals are to blame for the coronavirus crisis — that they’re dirty and infested with tons of pathogens that just can’t wait to kill us. What’s wrong with this narrative?

First of all, we all have lots of microbes inside of us. Humans give animals microbes that turn into pathogens all the time, so we are also the source of disease for other species. But we don’t talk about that.

So why are they exploiting that new habitat, namely us humans?

It’s because we are building roads between wild animals and human bodies. We’re using up a lot of land — for our cities, our mines, our farms — and while doing that, we’re destroying wildlife habitat. That’s why 150 species are going extinct every day. And the species that are remaining have to squeeze into these tiny fragments of wildlife habitat that we leave for them.

When you cut down the forest where bats live, they don’t just go away; they come roost in the trees in your backyard or farm. That means it’s easier to have casual contact with their excretions.

If a little kid goes outside and plays near a tree where bats roost, they might pick up a piece of fruit that has some bat poop or bat saliva on it and put that in their mouth, and then you’ve created an opportunity for the microbes that live in the bat’s body to enter into a human body. We know that with Ebola, there was a single spillover event — the first case was a 2-year-old child in West Africa who was playing near a tree where bats live.

These are accidents waiting to happen. Now we have this amazing flight network, so even if pathogens emerge in a place where there aren’t a lot of transmission opportunities, they can easily get to somewhere where there are. We’re also urbanizing in an ad hoc fashion, so we have a lot of places where people are being exposed to each other’s waste. There’s not a lot of infrastructure in many of the places that are rapidly urbanizing. All these factors combine to increase the risk that a microbe will spill over into human bodies and then start to spread.

What strikes me is that when you talk about the origins of pandemics, you talk on this macro level — like our environmental and social policies — rather than on the micro level. What kind of explanatory power does this approach give you, in terms of explaining the origins of previous outbreaks?

We often look at an outbreak as a foreign problem — like Ebola and SARS and Zika are coming from outside and encroaching upon us. That’s the traditional narrative: the germ invading from outside. I call it microbial xenophobia.

But these are things that are happening right here in the United States. So for example, West Nile virus is a virus of migratory birds from Africa. They’ve been landing in North America for hundreds of years, but we never had West Nile virus here until 1999. Well, why is that?

But what happened over the last 20 years or so is that we lost a lot of that avian biodiversity. Woodpeckers and rails became rare in a lot of environments. Instead, we have a lot of birds like crows and robins, which are generalist species that can live in any kind of degraded environment, and they’re really good carriers of West Nile virus.

Since tick-borne diseases are a huge problem in the US, I’m curious: Is there a similar story to be told about Lyme disease?

Yes, it’s a very similar story with Lyme. When we had intact forests over the northeast, we had a diversity of woodland species that lived in those intact forests — like opossums and chipmunks — that helped control the tick population. But over the past 50 years or so, suburbs have expanded into the forest and broken it up into little patchwork quilts, so opossums and chipmunks have become [relatively] rare.

I think that really helps make the case that our interaction with the environment — for example, deforestation — has major impacts on human health. Social policies can also affect the risk of an outbreak, right?

Right, so, when dengue broke out in South Florida in 2009, it was immediately considered an invasion from some foreign place. We coated the environment with insecticide and staged a military-style assault on these mosquitoes. But it turns out the mosquitoes that carry dengue have been in South Florida for a long time. That wasn’t new.

And of course in South Florida people have a lot of swimming pools. So with all these homes closed, these swimming pools were vacant. Lo and behold, it starts to rain and these empty pools fill up with water and it creates these little pockets around the garden that mosquitoes can breed in. And then we have this “unprecedented” outbreak of dengue.

Nobody thought to address the housing crisis as a possible driver of the outbreak.

It sounds like what you’re advocating for is a more holistic approach, a systems-thinking approach. How much of an outlier are you in that?

There’s a whole movement in global health called One Health. It’s the idea that human health is connected to the health of our animals — pets, livestock, wildlife — and our ecosystems and other societies. All these things are connected and we have to look at these broader drivers because that’s going to get to the root of the issue. Otherwise, we’re constantly just mopping up problems that are going to keep erupting again and again.

It occurs to me that this also has implications for how we do science. Given that so many of our modern pathogens cross disciplinary boundaries, do we need more doctors working with veterinarians, more biomedical experts collaborating with social scientists, and so on?

Absolutely. We have siloed everyone and you can see how that’s impacted the way we responded to some of the zoonotic pathogens. With West Nile Virus, veterinarians at the Bronx Zoo noticed, “Oh, all these birds are getting sick with something.” But they didn’t tell the doctors, so the doctors just said, “Oh, all these people are getting sick with something! What’s happening?”

We’ve blinded ourselves to the crossovers by making it so these groups don’t talk to each other. Part of the One Health idea is that we need to be multidisciplinary and bring all these experts together.

The fact that the coronavirus likely came from a wild-animal market in China makes me wonder about factory farms in countries like the US. It’s not the same, but animals in these farms are also packed very close together. Should the coronavirus crisis prompt us to revise how we think about meat production here, too?

That’s absolutely part of it. When I was writing my book, I asked my sources what keeps them awake at night. They usually had two answers: highly drug-resistant forms of bacterial pathogens and virulent avian influenza. Both those things are driven by the crowding in factory farms.

These are ticking time bombs, and they’re still going to be there when we’re done cleaning up the mess we’ve gotten ourselves in with this current virus.

In your book, you write about paradigm shifts, and one line that jumped out at me was: “Modern biomedicine’s fundamental approach to solving complex problems is to reduce them to their smallest and simplest components.” Do you think this reductionist approach is failing us now?

The reductionist approach in biomedicine comes from a good place. Modern germ theory really made a big difference. Before we had germ theory, people thought cholera, malaria, and so on were caused by miasmas floating in the air or an imbalance of humors in your body. Germ theory helped us in a lot of ways, so it makes sense that that’s the paradigm.

But we’ve lost the bigger picture, the connections between social and political health and environmental health. So what we’re seeing right now is an intense amount of reductionism.

Moving forward, what we have to see is that pandemics, climate disasters, all of these are related to our huge footprint on the planet. We’ve been using up a lot of natural resources and now the bill is coming due. We’re going to lurch from disaster to disaster to disaster until we start to really change the fundamental relationship between us and nature.

Sign up for the Future Perfect newsletter and we’ll send you a roundup of ideas and solutions for tackling the world’s biggest challenges — and how to get better at doing good.

Get our newsletter in your inbox twice a week.