Poll: Americans remain divided on Trump’s removal as the GOP prepares to acquit 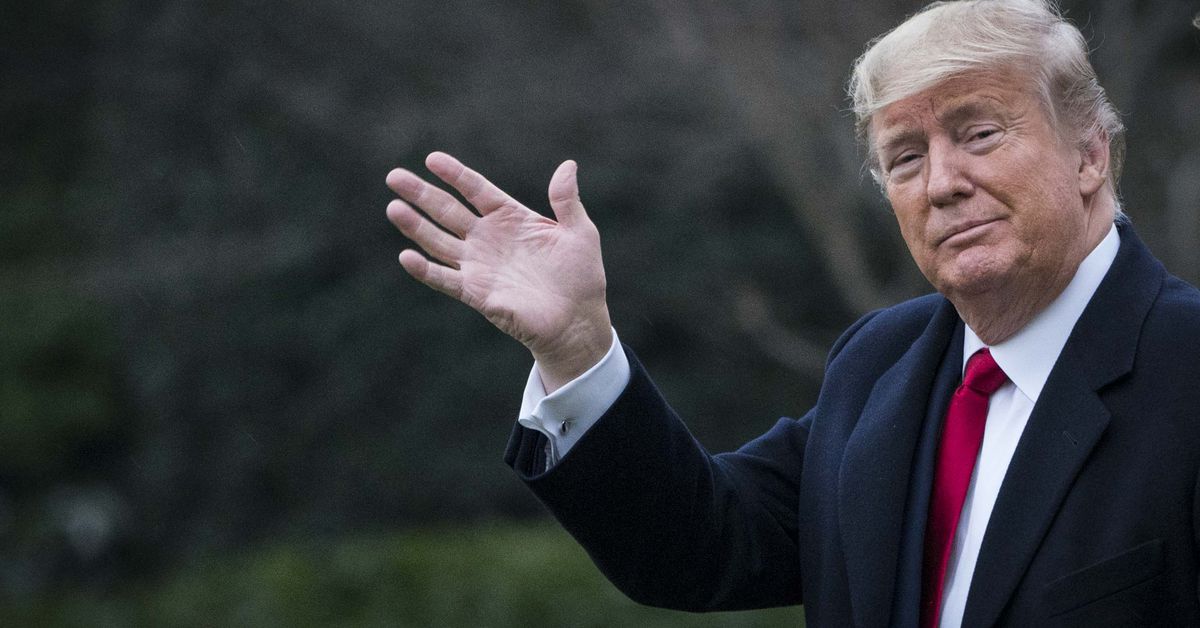 With President Donald Trump’s Senate impeachment trial hurtling towards its conclusion, a new poll finds the first week of the proceedings — which contained arguments from the House impeachment managers as well as from Trump’s legal counsel — did little to change public opinion about whether the president should be removed from office.

According to a Politico/Morning Consult national poll that was conducted from January 29-30, 50 percent of registered voters approve of removing President Trump from office while 43 percent disapprove. Those numbers were only slightly different from last week’s version of the same poll, which found 47 percent supported removal and 45 percent disapproved — a week-to-week difference within the poll’s 2 percentage point margin of error.

The poll was taken following the conclusion of arguments for and against the president’s removal as senators began to ask both the managers and the defense team questions. It was also taken before a key Friday vote was held on whether the new witnesses and evidence would be brought before the Senate.

That vote ultimately failed, meaning the Senate will not hear the testimony of former National Security Adviser John Bolton — or any other witness. Polling had suggested the public wanted to hear from witnesses, particularly after the New York Times reported Bolton claims Trump directly told him he wanted to tie the release of military aid to Ukraine to the launch of investigations into Trump’s political rivals.

Republicans spent the days ahead of the Politico poll arguing against calling any new witnesses and laying out a defense of the president that claimed his actions with respect to Ukraine did not rise to the level of impeachability.

The prosecution of the president by Democrats — who presented evidence to show Trump tried to get a foreign power to meddle in a US election and then tried to cover it up — did not fare much better, with 42 percent approving of their work, and 43 percent disapproving.

This neat division — with nearly half approving of both Democrats and Republicans’ handling of the trial — and the fact that the arguments failed to change opinion, would suggest that the public’s minds were made up before the trial began. And that how any given respondent felt about the proceedings depended on their political leanings.

The latest Politico poll — and others on the subject — would seem to reveal a divided and partisan country.

As of February 1, a 538 meta-analysis of impeachment polling found 84 percent of Democrats supportive of removing Trump from office, and 90.5 percent of Republicans against his removal, numbers that haven’t really changed in the past two months.

These views would seem to reflect those of lawmakers, whose feelings on the matter of removal have largely fallen along similar partisan lines.

Before the trial began, Senate Majority Leader Mitch McConnell said, “I’m not an impartial juror. … The House made a partisan political decision to impeach. I would anticipate we will have a largely partisan outcome in the Senate.”

And things have indeed worked out that way. Take, for example, the issue of witnesses. Democrats in the Senate badly wanted to have new testimony; Republican leadership was very much against it. And while some moderate Republicans suggested they might join together in breaking with their party to make new witness testimony happen, in the end, the vote fell short.

Like recent polling, the witness question is instructive in illuminating our current political reality, as Vox’s Li Zhou explains:

Republicans’ loyalty in the trial echoes numerous instances when they have declined to break with Trump since he’s taken office, largely because he’s still so popular with the Republican base. According to a recent Gallup poll, 89 percent of Republicans approved of the job he was doing as president.

Last year, Sen. Thom Tillis (R-NC) experienced what happens when a Republican defies the president: After writing a Washington Post op-ed opposing the national emergency Trump had declared to obtain funds for his border wall, Tillis was threatened with a primary challenge, and quickly reversed course. Others that have spoken out against Trump in the past, like Alabama Rep. Martha Roby and former South Carolina Rep. Mark Sanford, have paid the price at the ballot box.

This reality only exacerbates the sort of result seen in Politico’s poll. The president rewards Republicans who stick with him; those rewards help them at the ballot box, and they are further incentivized to protect him. Similarly, the Democratic base rewards opposition to the president.

And indeed, the fourth quarter fundraising for the many of the standout stars of impeachment reflects this dynamic — Rep. Adam Schiff, who helped lead the impeachment inquiry in the House and was one of the key impeachment mangers raised $2.5 million. Republican Rep. Elise Stefanik, who provided spirited defenses of the president, raised more than $3.2 million.