Preparing for Cyberstrike on Russia, U.S. Confronts Hacking by China

The proliferation of cyberattacks by rivals is presenting a challenge to the Biden administration as it seeks to deter intrusions on government and corporate systems. …

In writings and talks over the past four years, Mr. Sullivan has made clear that he believes traditional sanctions alone do not sufficiently raise the cost to force powers like Russia or China to begin to talk about new rules of the road for cyberspace.

But government officials often fear that too strong a response risks escalation.

That is a particular concern in the Russian and Chinese attacks, where both countries have clearly planted “back doors” to American systems that could be used for more destructive purposes.

American officials say publicly that the current evidence suggests that the Russian intention in the SolarWinds attack was merely data theft. But several senior officials, when speaking not for attribution, said they believed the size, scope and expense of the operation suggested that the Russians might have had much broader motives.

“I’m struck by how many of these attacks undercut trust in our systems,” Mr. Burt said, “just as there are efforts to make the country distrust the voting infrastructure, which is a core component of our democracy.”

Russia broke into the Democratic National Committee and state voter-registration systems in 2016 largely by guessing or obtaining passwords. But they used a far more sophisticated method in the SolarWinds hacking, inserting code into the company’s software updates, which ushered them deep into about 18,000 systems that used the network management software. Once inside, the Russians had high-level access to the systems, with no passwords required.

Similarly, four years ago, a vast majority of Chinese government hacking was conducted via email spear-phishing campaigns. But over the past few years, China’s military hacking divisions have been consolidating into a new strategic support force, similar to the Pentagon’s 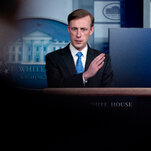